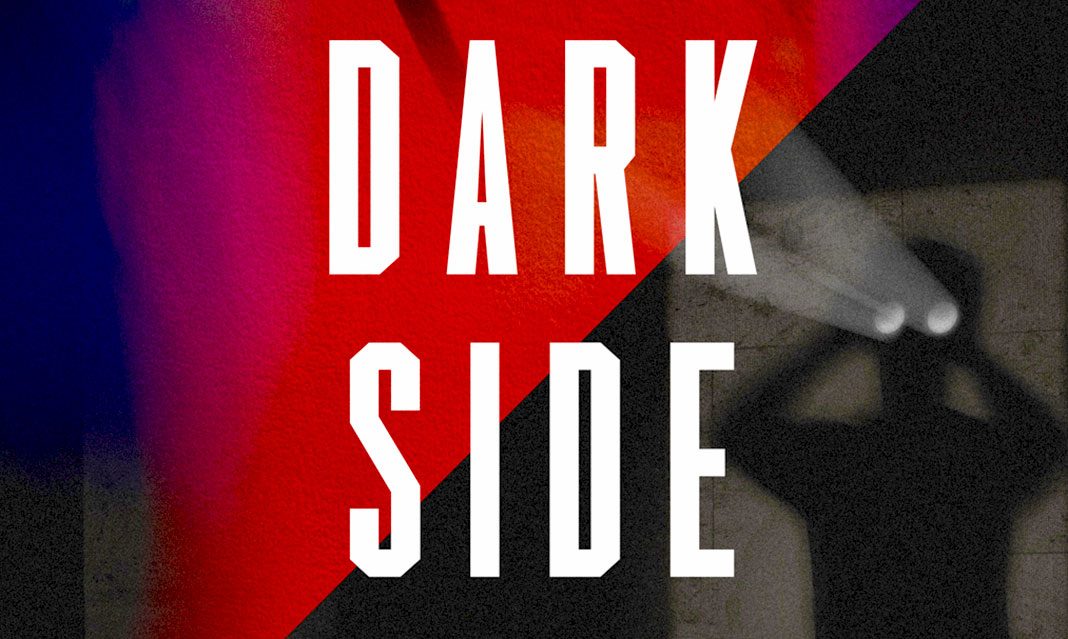 “Darkness, tragedy, and pain hide within every institution.” This is the statement hosts Kate Leonard and Richard Rossner use as an introduction to The Dark Side Of, but also as the reasoning behind the series. Produced by the Parcast Network and Cutler Media, this weekly podcast explores the ugly realities behind public events, pop culture icons, and valued institutions. Some of the episodes investigate the mysterious circumstances behind the careers and lives, or deaths, of well-known individuals such as Amy Winehouse, Suge Knight, and Shirley Temple. Each season has a different focus and the existing three seasons cover Hollywood, the music industry, and sports.

The first episode “Hollywood: The Founding” opens with the graphic description of Judy Garland’s overdose and the harrowing conditions she was forced to work under during the filming of The Wizard of Oz, which eventually led to her death. Fuelling her addiction to barbiturates and depriving her of food, Hollywood’s mercilessly demanding conditions caused the demise of a beloved actress at age forty-seven. Even though the dangerous consequences of drug use were known by the medical industry, hard opioids were used as painkillers throughout the early 1900s. The film industry was not an exception and many actors who sought to treat injuries would later go on to develop fatal addictions.

Unbeknownst by many, Hollywood was derived from dark ideals and the past of this institution is rooted in racist and flawed philosophies. What we know now to be the heart of the film industry was initially intended to be a suburban Christian paradise for the white and wealthy. However, with the infiltration of the film industry, the prohibitionist Christian ideals of Hollywood were no longer being upheld and more and more people started breaking the rules implemented by the founding couple, Harvey and Daeida Wilcox. This utopia would go on to become a center for all kinds of transgressions, from predatory cults to elaborate drug rings.

The second season of the series, “The 27 Club,” explores the deaths of young and talented musicians who die around the age of 27, often referred to as the 27 Club. As was the case with brilliant artists like Amy Winehouse, Jimmy Hendrix, Kurt Cobain, and Janis Joplin. This episode proclaims that the age twenty-seven caries no occult power, but rather, it is the exploitive constitution of the music industry that drives the members of this grim club to an early grave. “The 27 Club” pulls back the curtain of mystery to reveal that, by reinforcing the troublesome behaviors of some and preying on the vulnerability of others, it was the actions of the music industry that resulted in the demise of so many musicians.

If you love conspiracy theories, mysteries, and dark secrets, you will enjoy The Dark Side Of. Abundant with detail and thrilling descriptions, the series keeps you on the edge of your seat and makes you doubt the things you hold dear. Although some releases feature popular mysteries, the breadth of information they contain, paired with the more arcane episodes ensures the amusement of even the greatest mystery connoisseur.