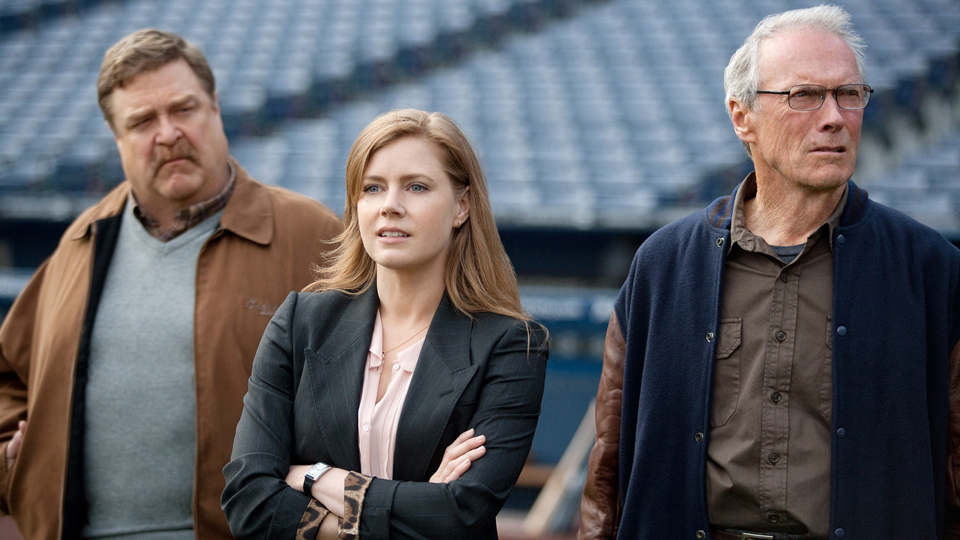 From heart-wrenching moments between a father, Gus, and his daughter Mickey (Clint Eastwood and Amy Adams, respectively) to lighthearted banter between the daughter and her love interest (Justin Timberlake), Trouble with the Curve is a diverse and entertaining film.  It is an easy Sunday afternoon movie, and though it lacks suspense and plot twists, it presents a genuine portrait of the complex relationship between a single father and his daughter.

The plot centres on a trip Gus takes to scout the “next big thing” in baseball, Bo Gentry (Joe Massingill). Mickey joins Gus to keep an eye on his ailing health, and winds up trying to make sense of their relationship.

The role of a cranky old man is nothing new to Eastwood, but one can hardly blame him for taking such a role yet again when he delivers a stellar performance every time. As rough and unapproachable as he seems in some scenes, he uses the details, like the quiver of a lip, to show his endearing sensitive side.

Co-star Amy Adams also presents a solid characterization. Showing a different side from the naïve heroine we are used to seeing her portray (in such films as Enchanted and The Muppets), here Adams plays a quick-tongued, no-nonsense workaholic, who has undoubtedly learned a few tricks from her father.

Justin Timberlake, playing Mickey’s love interest, lacks some of the depth that Eastwood and Adams have. Though fun and cute, he often comes across as cheesy.

The soundtrack subtly enriches the story, without being overbearing or interrupting the flow of the movie.  The song “You Are My Sunshine” by Carly Simon is used particularly poignantly; it lends a deep connection to the characters that, often, only music can.

Unfortunately, the plot was fairly predictable, and any surprises it tried to pull were heavily foreshadowed. Despite this, it’s an enjoyable movie with good acting—simply a nice break. MMM