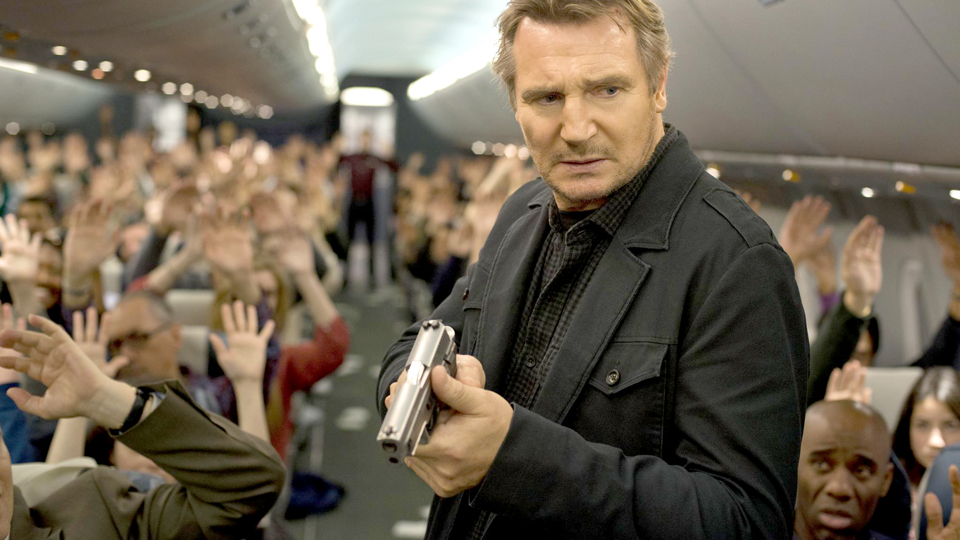 Since 2008’s Taken, Liam Neeson has pleased his fans by appearing in action-packed films every year. The latest, Non-Stop, merits the name of action and keeps the audience on the edge of their seats throughout its 106-minute runtime.

The movie is set in a claustrophobic airplane on a trans-Atlantic flight. Bill Marks (Neeson) is a U.S. Federal Air Marshall who receives text messages from a passenger on the plane in a secure network. The passenger presents Marks with an ultimatum: either he transfers $150 million into the bank account provided or he witnesses the death of a random passenger on the flight every 20 minutes. This sets off a chain of events leading to chaos and panic while Marks tries to ensure the safety of the passengers on board. With the aid of the crew and Jen Summers (Julianne Moore), a woman he befriended during takeoff, he tries to track down the terrorist without giving in to his demands. As things get more out of hand, Marks begins to suspect every passenger on board, including a flight attendant played by Lupita Nyong’o (who just won an Academy Award for 12 Years a Slave).

Non-Stop’s suspense is built really well, effectively using tropes from the psychological thriller genre as a catalyst for action. The cinematography is commendable, as is the application of humour at the appropriate moments to ensure that the film flows well.

Neeson’s dramatic skills allow him to pull off the character’s gruff demeanor believably. The supporting cast is also strong. However, the CGI and special effects in the film are questionable, and a few segments of the story felt rushed or unnecessary, such as some of Marks’ and the passengers’ choices.

Non-Stop is a fast-paced and well-structured action film. If you want some suspense outside of awaiting midterm results and enjoy watching Liam Neeson beat the daylights out of bad guys, this film is not to be missed. MMM½