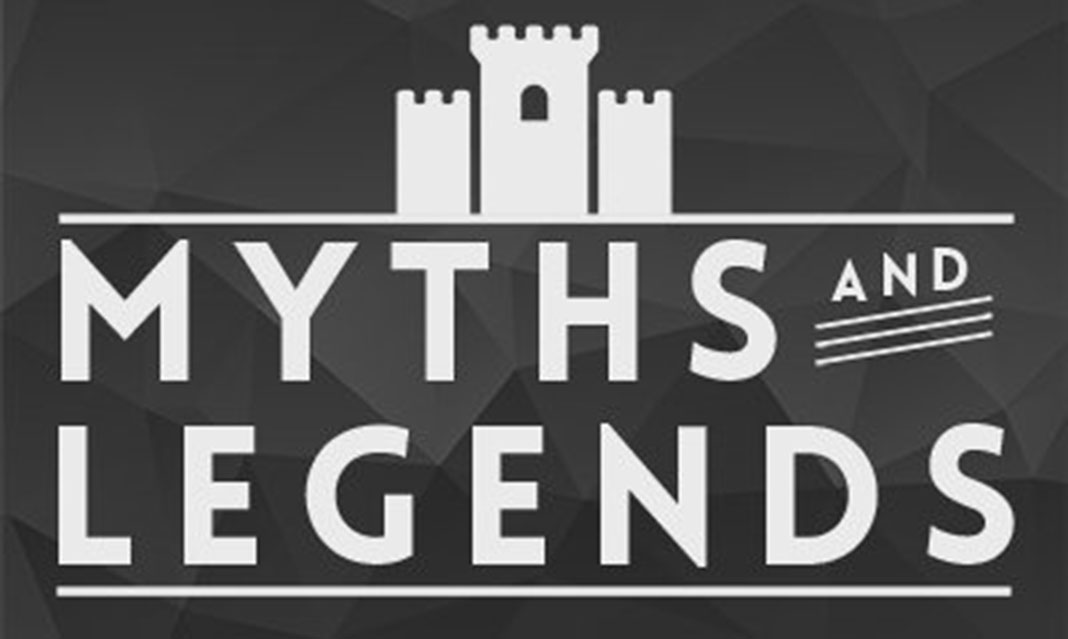 If you like folklore and fairytales, you will love this podcast. Every week, Jason Weiser, the host of Myths and Legends, tells us a new story. Some of these stories are well-known including stories such as Sleeping Beauty, Thor, and Hercules that often include a twist or some shocking origins, while others are less known but still interesting. These stories come from all kinds of origins such as Greek Mythology, Indian folklore, Irish folklore, Mexican legends, the Grimm Brothers, and more.

Episode 51 of the podcast, “Them Apples,” comes from Norse mythology. In this episode, Loki gets taken by a giant talking eagle, who happens to be a giant from Jotunheim, and threatens either to kill him or kidnap Eden and her basket of immortality apples. Loki opts to stay alive but the Aesir tells him to make things right, so he goes to Jotunheim, disguised as a falcon, to rescue Eden and take her back to Asgard. The eagle feels cheated, so they duel in the throne room resulting in the eagle’s death.  A week later, Scottie, a giant, comes to Asgard seeking revenge for her father’s (the eagle) death. She made two demands: one, she could pick a husband from among the Aesir, and two, they make her laugh. Odin agrees. Based on very little information, Scottie chooses to marry Odin’s son, Baldr. The Aesir is still mad at Loki and as his punishment, he must play tug of war with a goat, but Loki’s end of the rope would be tied to his testicles. Scottie laughed. The two demands were fulfilled. Later, Odin goes to the Underworld after having dreams of Baldr’s demise. It turns out, Baldr would die from a Mistletoe spear that Loki made. Since Baldr died, Odin decided that one of Loki’s sons must also die. So, Odin killed his son, tied up Loki with his son’s entrails, turned the entrails to iron, and left a poisonous snake dangling above Loki’s head.

Episode 124 of the podcast, “The Fall,” comes from Greek mythology. In this episode, Theseus, King of Athens reflects on his past achievements, and wonders what there is left in life for him. Theseus’s friend Pirithous convinces Theseus to kidnap Helen of Troy to marry her (once she comes of age). A few years later, Pirithous tells Theseus that he has decided to marry Persephone, who lives in the Underworld with Hades. The two friends go to the Underworld (Theseus only goes because he swore an oath years ago) and they are met by Hades. Hades is not so welcoming as the chairs in the Underworld fuse to Theseus’s and Pirithous’s skin and they are bound to the chairs by serpents. Meanwhile, Helen is still at home being raised by Theseus’s mother. But then her brothers Castor and Pollux rescue her and keep Theseus’s mother to be her slave. Theseus spends four years tied to Hades’s magical chair until he is rescued by Hercules as one of his labours and runs back to Athens. However, Athens now hates him because he destroyed the Kingship and introduced democracy so many years ago. Athens was now being ruled by Menestheus. Theseus heads down to Crete to distance himself from Athens. On Crete, Theseus decides to stop running and stop fighting. Lycomedes didn’t like the fact that Theseus was there, so he tells Theseus the world is better off without him and drops him off a cliff. Everyone who was part of Theseus’s life had died and now Theseus joins them.

This podcast is fun to listen to if you like history, folklore, and fairytales. Jason’s extravagant, sometimes sarcastic, commentary adds a degree of humour to the stories that you wouldn’t hear if he were just retelling the stories. Many of these stories are new to me but it’s so interesting to hear myths and legends from around the world. Sometimes, these stories tell us how different cultures and traditions came to be and other times, they’re just funny, ridiculous stories to hear.

You can listen to Myths and Legends on their website as well as any podcast app.