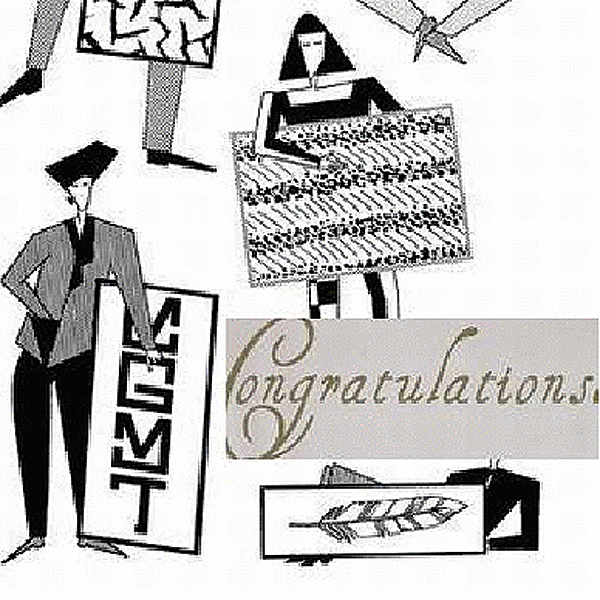 From college friends to unlikely hit-makers, Andrew Van Wyngarden and Ben Goldwasser of MGMT have had a strange, swift career trajectory. Their debut album, 2008’s Oracular Spectacular, spawned three increasingly massive singles (“Electric Feel,” “Time to Pretend” and “Kids”) and appeared on Rolling Stone’s “Best Albums of the Decade” list. Even fashion label Gucci joined the fan club, paying homage to the duo’s psychedelic fashion choices in a menswear show.
Their songs popped up on shows like 90210 and Gossip Girl, and now this unlikely success story starts a new chapter with the release of their second full-length album, Congratulations. The official release date is April 13, but after the album leaked online, the band streamed the album for free on their website, whoismgmt.com.
Those looking for catchy singles are likely to be disappointed by this decidedly experimental album. There’s nothing as immediate as “Time to Pretend” to be found here. In its place, listeners get the 12-minute freak-out, “Siberian Breaks.” While it’s admirable that the band didn’t strive to write “Kids II,” a lot of the light-hearted fun that Oracular Spectacular offered seems to have been lost in the transition.
Putting aside MGMT’s past work and accepting Congratulations as a self-contained album, it must be said that it certainly offers delectable song choices. The album’s first single, “Flash Delirium,” is the kind of scrappy, up-tempo gem that fans of MGMT will love. It’s full of bold keyboards and echo-ey vocals, and hearing it descend (or ascend) into madness as the track progresses is one of the album’s more exciting moments.
The self-titled closing track provides another highlight. It’s the most conventionally tuneful song to be found on Congratulations, and the acoustic simplicity feels refreshing. The melody shines through and it’s an unexpected note for the album to end on.
The anomaly of the last track aside, the songs on Congratulations all seem to meld into one extended jam session. However, the sense of atmosphere on Congratulations is well-defined. For such a young band, MGMT seems to have a very clear vision of where they want their music to go.
While Oracular Spectacular got by thanks to a handful of tracks that a wide variety of listeners could enjoy, Congratulations will likely be a far more divisive record. Some listeners won’t find anything to like among the album’s nine trippy tracks, while others will bask in its psychedelic guitars and dreamy keyboards. Though perhaps not a totally successful effort, this oddball batch of songs will likely get people talking, and MGMT will probably continue to be admired for their strange, but (sometimes) beautiful approach to pop music.