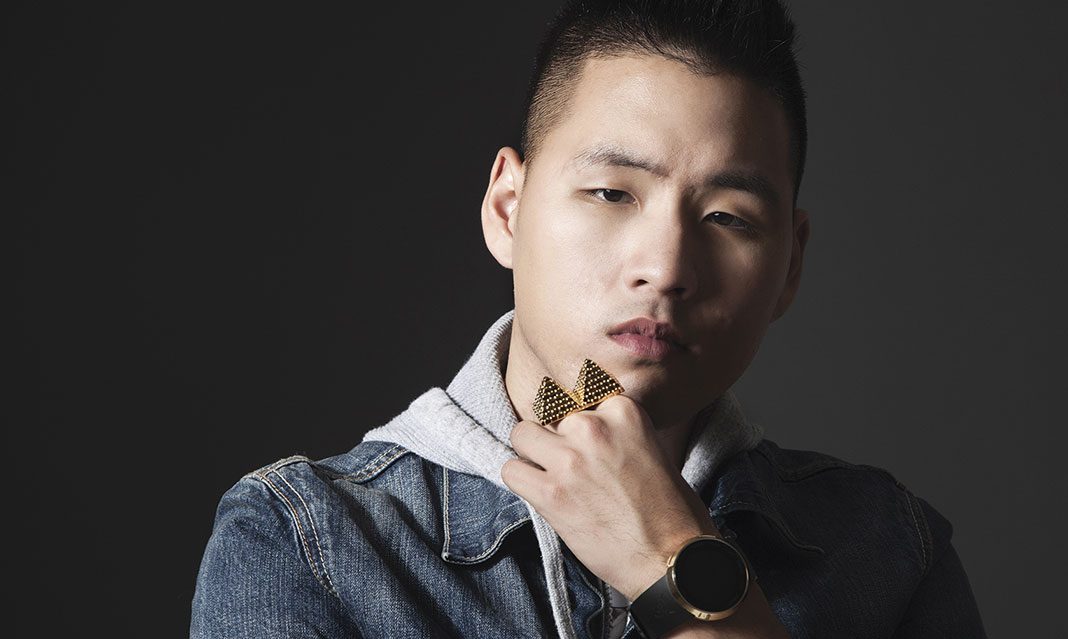 In the late 2000s, YouTube had taken off as a platform for sharing videos worldwide. During that time, without the support of record companies, independent musicians used this newfound medium to share their music.

If you were a teenager at the time, like me, you might have been particularly conscious of the unprecedented surge of independent musicians. J-Reyez was one such musician. When YouTube emerged, J-Reyez started experimenting with and posting “Do It Yourself” music videos online; his first YouTube hip-hop track published in 2009, “That’s Okay With Me,” currently has over a million views.

Since then, J-Reyez’s music has attracted fan bases in places farther than his native hometown of Hamilton, Ontario. This South Korean rapper has recently flown to Sweden, for the second time in June, to perform at Café Opera in Stockholm.

The shift from performing in Canadian venues to international stages is almost surreal. Yet, this transition, as J-Reyez acknowledges, is a welcomed experience.

“It’s always dope performing outside Canada and the U.S. I get to travel to parts of the world I wouldn’t normally go on vacation to, so it’s like a free trip for me,” J-Reyez said. “A lot of times I’m confused as to why I get booked in certain cities since I wouldn’t expect to have a fan base there but it’s crazy how far my music has reached.

Commenting on his recent trip to Sweden, J-Reyez stated that he did not experience a dramatic culture shock.

“The only culture shock [at Sweden] was that everything closes super early and there’s no late-night food spots,” he said.

J-Reyez’s first big YouTube hit occurred in March 2010. At that point, he released an English music cover of Taeyang’s “Wedding Dress” with singer Tommy C. The cover attracted online attention at an exponential rate. Currently, the video of the cover has over five million views. Although he has continued to release music covers since then, most notably a parody of Far East Movement’s “Like a G6,” J-Reyez’s musical productions have been predominantly original releases.

When asked how his style has changed since releasing his cover on Taeyang’s beloved song, J-Reyez has emphasized his current focus on experimentation.

“My style and overall sound has definitely matured since the Wedding Dress cover days,” he continued, “I’m always trying to experiment with different styles of music that I incorporate into my songs. [I hope to] improve in all aspects, which I display in the content that I’ve released following the popular cover.”

Specifically, he said, “To grow as a musician also plays a part in growing as a person and I’ve been able to experience a lot since then, which has been a great journey so far.”

Indeed, J-Reyez’s most recent music video of the song “Grapevine,” is comparably more polished and professional than his past productions. In collaboration with $tupid Young and J-Fortune, the music video follows the trio through an expanse of urban locations.

“I directed and edited the project, but also hired a production team from California who’s reached out to me prior about working together. They assisted with the video,” he said, “I usually shoot my own videos without much assistance and guerilla-style, but since this was a bigger production, and we had limited time, it made it much easier having a crew of people.”

In explaining the experience of collaborating with J-Fortune and $tupid Young, J-Reyez discussed the “Grapevine” music video collaboration and said, “J-Fortune I’ve known for years and this was our first collaborative project together, as well as my first time working with $tupid Young. It’s always great working with talented people that are underrated and need more shine. I’ve always preferred collaborating with talent and skill over popularity because I just want to make good quality music.”

He explained, “I stayed back to set up and we pretty much had to toss out the original storyboard and come up with a new one on the spot. Luckily everyone pulled through and eventually made it, and we were up until sunrise making sure we had all the scenes we could squeeze out in the time we had.”

The song itself made lyrical references to the idiom “through the grape vine”—a popular colloquialism that means finding out information through gossip. When I asked J-Reyez to expound on the significance of the song, he acknowledged that it broadly alluded to contrived people.

“I based it off people who act cool with you like they support you but behind your back, they talk down about you and gossip,” he expressed.

J-Reyez has expanded his name beyond music. At the moment, he has released a hat collection by Makers Society.

He described the hat collection as featuring a “signature X hammer and chisel logo.”

“[This image] represents anyone who’s making something out of nothing through hard work,” he said. “The collection will be available online within the next few weeks.”

In terms of what fans can expect from J-Reyez in 2018, he stated that he will be releasing a new EP. However, the release of the EP may be prolonged in that J-Reyez explained that, for the most part, when it comes the creation process, he will be independently producing the EP.

“I don’t have a big team behind me and literally do everything from recording myself to shooting my own videos, but the music will always keep coming, so stay tuned.”