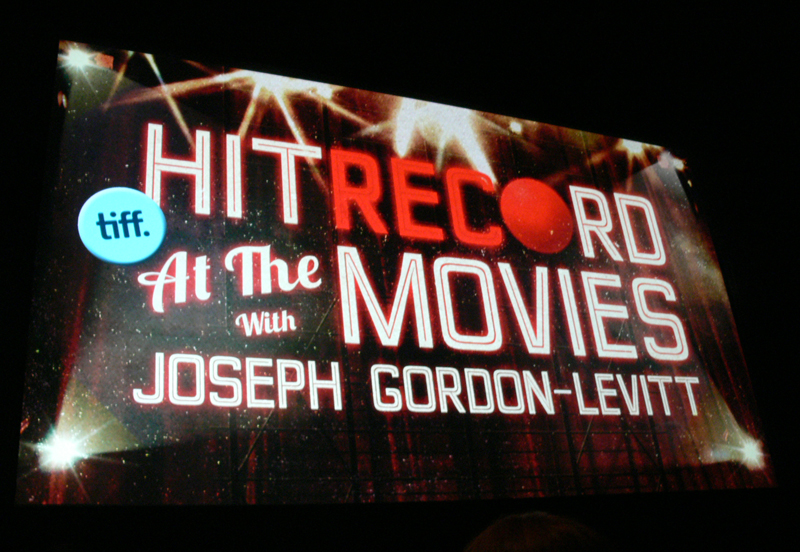 If nothing else, Take This Waltz makes you proud to be Canadian. With images of familiar downtown Toronto locations—and no shortage of streetcars in the background—Sarah Polley’s tale of  forbidden love, regret, and heartbreak grabbed its audience by the heartstrings at the film’s world premiere last weekend. Named after a famous Leonard Cohen song, the film constructs a playful yet painful look at the life of Margot (Michelle Williams), a married woman who has gradually lost that initial spark she felt with her husband of five years, Lou (Seth Rogen)—a feeling which is soon reignited by another man, Daniel (Luke Kirby). After bumping into Daniel on a trip back to Toronto, she returns home, only to find that he lives across the street from her. (Polley’s good friend, the late Jack Layton, graciously offered up his quaint home for the shoot.) Margot cannot push him from her mind, yet she can’t imagine hurting Lou either. She becomes wracked with guilt every time she meets up with Daniel, but losing either man doesn’t seem possible, until she must finally make that life-altering decision—one that inevitably leads to more than one irreparable relationship. Polley’s ensemble cast of Williams, Rogen, Kirby, and the incomparable Sarah Silverman is a tour de force, each bringing something entirely unique to the plot while collectively delivering a seamless performance. While  Williams missed the world  premiere, her performance won’t soon be forgotten, whether you can relate to her character or hate her for her questionable decisions.

Used to exploring ridiculous  situations in hilarious films, the Vancouver-born Rogen explores a much more dramatic role in Take This Waltz, yet he never loses the hilarity that audiences have come to love and expect from one of the leading men of the Apatow school of comedy. He proves that he is just as capable of delivering a heartfelt performance as he is playing  potheads and idiotic police officers. Then there is Luke Kirby, not quite so famous on the big screen (he is professionally trained as a stage  actor), but who nevertheless manages to snatch the lead male role from Rogen through his captivating seduction of Margot. The chemistry between Kirby and Williams is palpable, and while their secret  relationship is not one the audience should be rooting for (think about poor darling Seth, after all), you can’t help but feel some excitement when they find themselves alone together. Like Rogen, Silverman is another source of comic relief in an otherwise bittersweet story, and also shows her capabilities as a dramatic actress, as her character struggles to be there for her family while battling with alcoholism.

A particularly fantastic feature of Polley’s direction is the vibrancy of colours in her scenes, which effectively heightens the intensity of the affair between Margot and Daniel. Polley’s charming script along with the collective effort of the cast could garner this film much attention when awards season rolls around.

George Clooney in Hawaii. Does this not sound like the best concept ever? Fortunately, The Descendants is no gimmick. Directed by Alexander Payne (Sideways), the film is clever, witty, and downright hilarious, but also deeply emotional and tragic as we learn in the opening moments of the film. In an interior monologue, Matt King (Clooney) relays the information that his wife (Christa Hastie) is in a coma after a serious boating accident, and while their marriage has been rocky for a long time, he is still terribly afraid of losing her. This has more to do with the fact that he has no clue when it comes to his two daughters, Alex (Shailene Woodley) and  Scottie (Amara Miller). (He aptly names himself the “backup parent”.) Thus he is finally forced to take a more active role in their lives. At the same time, Matt is the trustee of a large expanse of  Hawaiian land left to his family by his ancestors and is in the middle of a large negotiation—one that will change the beautiful landscape for the worse if he decides to sell the property, as the rest of his family is urging him to do. But all of this is put on hold when he learns that his wife has been cheating on him, and so he embarks on a journey across the islands in a hilarious attempt to track down his wife’s lover.

Clooney delivers a truly brilliant performance as a man struggling to  balance it all, and there is no question that he deserves an Oscar nomination for Best Actor (maybe even the win). Newcomers Shailene Woodley, Amara Miller, and Nick Krause infuse a refreshing youthfulness to the plot, and the film’s success could not have come without the playful interaction between them. Payne’s decision to include an entirely Hawaiian soundtrack adds to the wonderfully laid-back feel of the movie, and beckons you to go out and buy some cabana wear, sip a piña colada, and ride off into the Hawaiian sunset.

Think back to 2009’s Funny People, directed by Judd Apatow and starring Adam Sandler. Here was a movie that promised an extraordinarily refreshing take on illness: through humour. Unfortunately, the script itself was more concerned in exploring other (less interesting) avenues, leaving its initial premise in the dust.

50/50 succeeds where similar movies have fallen short. Cancer is a depressing topic, far-reaching and often very relatable. Hollywood films on the subject are generally quite similar. They take on cancer as their subject, with the person behind the disease often little more than an avatar. Very few focus on the human element of the disease, and even fewer find the authentic optimism and humour that naturally flow from adversity. With this in mind, 50/50 is a huge success.

The film tells the story of an  otherwise healthy 20-something man named Adam (Joseph Gordon-Levitt) who is diagnosed with  cancer. The script tracks the impact of his diagnosis on his family and friends, while also following Adam as he attempts to come to terms with a new, often scary, way of life. It approaches the concept of a life-threatening illness in a fundamentally different way from the typical overly sentimental films you might be used to. It’s not a story of imminent loss, unavoidable grief, and  inconsolable sadness. Sure, the doom and gloom lie on the edges of 50/50, but the focus here is very much on the human journey of a man fighting to overcome adversity, coming closer to self-actualization in the process.

We don’t wonder if Adam is going to make it past the film’s final moments. That’s not what the film is about. Writer Will Reiser (who based 50/50 on his own experiences) understands that we as an audience are aware of the devastating physical effects of a life-threatening illness. Instead we stay focussed on the characters. It’s a film about coping, and we see this dynamic presented through several relationships. From friend to friend,  mother to son, patient to therapist, we’re left with a fully rounded picture of Adam’s character, having explored him from so many  perspectives. It’s incredibly funny and rarely overtly sad, and when there is a particularly emotional moment, it feels well-earned. It’s an impressive piece of filmmaking, but the real success lies in the acting. Joseph Gordon-Levitt, Seth Rogen, and Anna Kendrick give rich performances that are authentic and comedic in equal measure. It’s a good thing, too, because 50/50 is a film about relationships and personal growth; it just so happens that for Adam, cancer is the catalyst.

Moneyball’s fundamental element is that of an underdog story in baseball. Fortunately, other than belonging to a pretty familiar  family of films, it’s neither formulaic nor typical. For the most part, sports films focus on the micro- level. That is to say, they take the players, the smallest unit of the overall game, as the primary  subject of the story. You don’t need to be into sports to recognize how inspiring it can be to see the  underdog pitcher rise to the top; it’s a powerful thing to watch on the screen. But the zero-to-hero  story loses its impact each time it’s  redone; Moneyball is refreshing in this respect. It abandons the micro for the macro, the big picture. It’s a behind-the-scenes look at baseball that focusses on the politics behind creating a team, coaching it, and making it more than just the sum of its parts.

The story revolves around player-turned-general manager Billy Beane (Brad Pitt) as he takes the reins of the Oakland Athletics. He quickly discovers that unlike the bigger, more prestigious baseball teams, Oakland has a limited budget. He doesn’t have the funds to trade for the best, nor can he really take his pick from the bright up-and-comers. Stuck between a rock and a hard place, Billy is now faced with the prospect of delivering success from a team that lacks the  required skill—without the money required to fix it. Enter Peter Brand (Jonah Hill), a young assistant  general manager with a risky plan. He presents Billy with a gamble: defy tradition and attempt to build a great team at a low cost, while risking alienation from the rest of the league.

Like most of his roles, Brad Pitt refuses to rest on his laurels. This actor is of a class so recognizable that it becomes difficult for him to disappear into any character.  Fortunately, he gives a powerful and relatable performance, which is imperative for actors like him. By design, it’s not transcendental, but it’s more than enough to help the audience suspend their disbelief. Don’t worry; Moneyball features the required baseball action—but it’s seen from the perspective of the strategist. The rest of the film is in a similar vein: it’s not emotionally  detached, but it’s primarily  concerned with the business and politics behind baseball. It’s not a short film, but its fast pace and a hefty amount of hard-hitting dialogue help it out.

The film features strong direction by Bennet Miller and beautiful cinematography by Wally Pfister. While it may just be an underdog story in disguise, Moneyball brings a welcome dose of freshness to the genre by giving us a compelling look into a side of sports that’s rarely, if ever, seen in cinema.

Following the press conference for W.E., Madonna’s directorial debut, it was reported that volunteers were asked to turn their backs as she exited the room. TIFF later issued an official apology to volunteers and expressed their “disappointment” at this treatment of volunteers.  Madonna’s publicist denied the incident, claiming that the star would never ask such a thing and that at the previous night at the film’s  premiere she had in fact thanked volunteers for all of their hard work. TIFF is conducting an investigation to determine who hired the “private security firm” that ordered volunteers to face the wall. So far no one has come forward.

James Franco acted in a much more fan-friendly way during the festival, after the fan art of a young girl (founder of James Franco Forever on Tumblr) caught his eye at the TIFF Bell Lightbox during a discussion of his own art with Gus van Sant. Franco expressed his interest in purchasing the fan art, which included a yarn portrait, a 127 Hours-themed painting, and a collage of newspaper clippings.

Mausam, an Indian film that had garnered a lot of buzz, was removed from TIFF’s programming schedule just days before its scheduled world premiere. Fans were disappointed to learn that all screenings of Shahid Kapoor’s film, as well as the press conference, had been cancelled following the film’s failure to pass regulatory approval. All tickets were refunded.