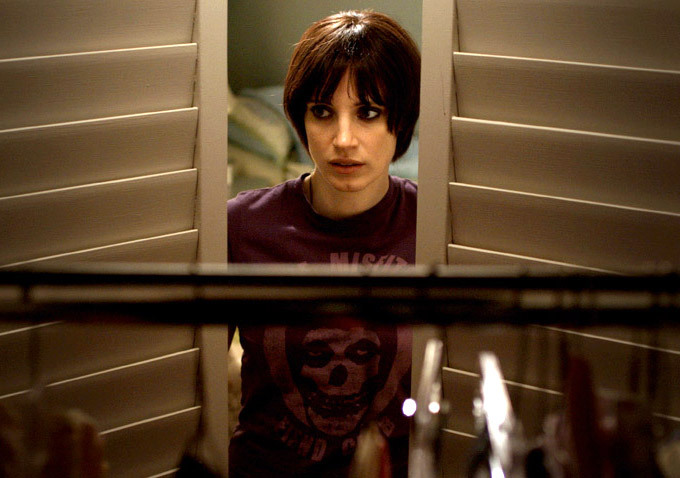 After falling in love with Guillermo del Toro’s visionary masterpiece Pan’s Labyrinth, I could not wait to view his new production, Mama. The movie begins with a devastated man who has lost everything in the 2008 market crash. Driving haphazardly on icy roads, he loses control and drives himself and his two daughters over a cliff. They barely survive and take shelter in a nearby house in the woods. Right when he is about to shoot his daughters and himself, a mysterious force kills him. Fast-forward five years later and the girls’ uncle (Nikolaj Coster-Waldau) has not stopped searching for his nieces, played by Megan Charpentier and Isabelle Nelisse. When they are finally found, they have become feral, with the worst damage done to the younger one, who has lost the essential years of verbal development. This is a story about the mysterious force that follows them into their uncle’s home.

The movie comes with a few thrills and frights, with a skittering shape that keeps showing up (its manifestation in the wall is the best of all). However, Mama never really delivers pure scary movie chills. Director Andy Muschietti serves up a darkly twisted allegory about a mother’s protective instincts, and Mama seems to have all the right ingredients, but something is still amiss. If the story had been better executed, this movie would have been a winner. The signature style of executive producer del Toro is evident. However, it is too light to make Mama cast the mystical, magical spell of his previous work.

Jessica Chastain plays Annabel, the uncle’s girlfriend. There are so many things that the Oscar-nominated actress can do well, but is playing a Joan Jett clone one of them? The punk makeover and rockstar lifestyle is not believable and Chastain remains too refined for the character she plays in Mama.

Muschietti’s 2008 short film of the same name, much admired for its striking visuals, caught del Toro’s eye. Soon after, he and Muschietti began a collaboration to turn the story into a feature-length film. Overall, Mama is visually stunning, with eerie and ethereal effects. The spectral presence at the heart of this story is mesmerizing to watch as it morphs into monstrous shapes, big and small.

Going into the movie, my high expectations were let down when Mama did not churn out the chills and thrills I expect of my horror films. Neither Chastain nor del Toro could redeem this movie. However, I will give credit to the climax, in which the figurative mother-child connection between the girls and “Mama” turns into a mystical horror show of significant power. However, it comes too late to save the movie. One thing is for sure: you will definitely not be running to your mama after you see this movie.