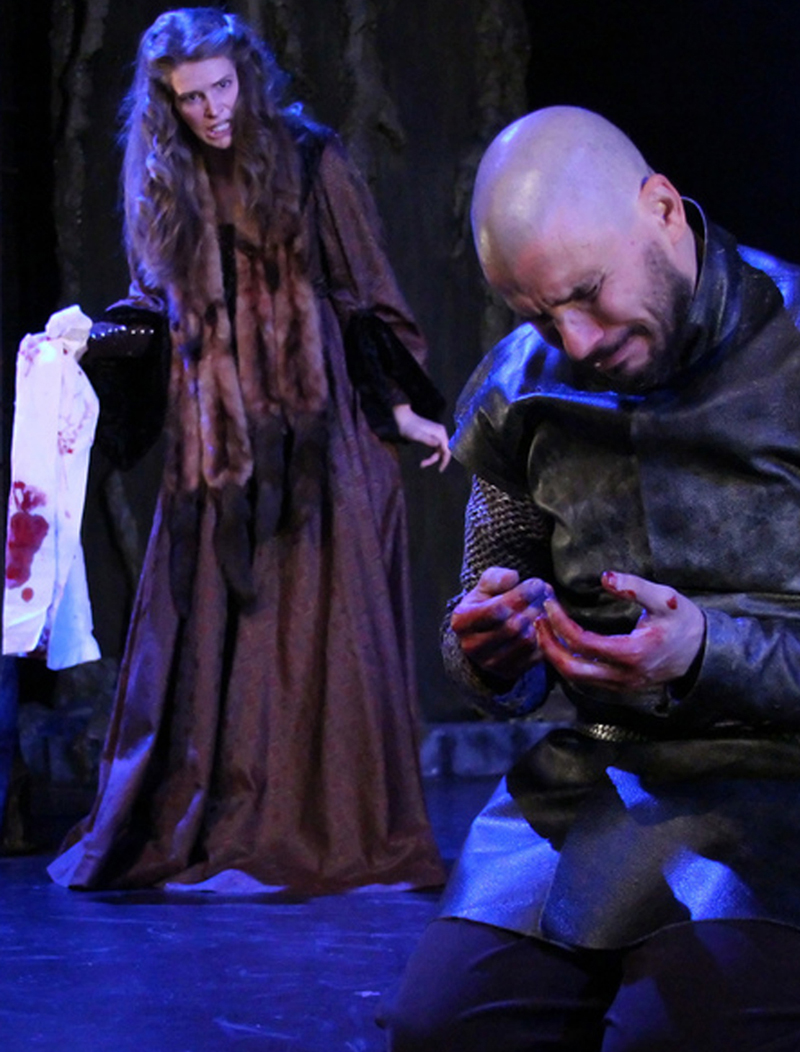 Modern adaptations have a way of removing us from the original work. They ask more of the audience, requiring a clearer understanding of the first piece in order to see the departures in the ones that follow. Most of the time, we just want to be entertained, not challenged. Thankfully, director Jeremy Hutton decided on a traditional staging for Hart House Theatre’s rendition of Shakespeare’s bloodiest tragedy, Macbeth.

It’s difficult to shorten the familiar story. Macbeth (William Foley), a noble Scotsman, on his return from victorious battle with Banquo (John Fray), receives a prophecy. The “weird sisters” use their unearthly knowledge to reveal that he is to be promoted to the position of thane of Cawdor and will become king soon after. The sisters (or, as many prefer, the witches) also inform Banquo that he will father a line of kings. The news reaches Lady Macbeth (Jackie Rowland), and she, along with her husband, devises a plan that will speedily fulfil the prophecy. It’s here that the play takes a bloody and complex turn. They kill King Duncan (Peter Higginson) and the blame for the crime falls on his two sons, Malcolm (Chris George) and Donalbain (Cameron Laurie). They flee, and Macbeth, being next in line thanks to his well-timed promotion, is crowned king of Scotland. All that the witches predicted has come true. Thus, Macbeth must kill Banquo in order to safeguard his position. One crime begets another and the tension and guilt mount. Macduff (Mischa Aravena),  another Scottish thane, suspicious of the new king’s motives, leaves his  family to seek out the fleeing princes. While gone, his family is  murdered and, upon discovering the crime, Macduff is motivated to seek revenge and works with Malcolm and Donalbain to restore  order to the monarchy.

It’s a classic tragedy driven largely by powerful human emotion. The cast is large, the story long. The staging is traditional and by the book. In doing it like that, the production eschews any major plot deviations and instead  relies more on the entertaining  aspects inherent to the play itself: power, revenge, murder, and madness. There seemed to be little that needed to be done—and it may be because of this that the play does not come across as effectively as it could have.

Some of the characters, particularly Lady Macbeth, do not require much tweaking. Through her words alone, the audience is well aware that she is cold and calculating, manipulative and malicious. Rowland, while effectively conveying these traits, sometimes overreaches, as her  attempts to amplify the intensity of such a character seem redundant. In the same way, Foley attempts to convince the audience that the  titular character is far madder than the ghosts and guilt have already made him appear, but the audience could have recognized the descent into delirium without any aid from the actors. Some of this discrepancy was noticeable in the ill-timed laughs from some of the audience members: they were laughing at moments that did not appear intended as comic relief. Moments like this are  evidence that perhaps some of the actors were attempting to do more, or otherwise, than they needed to.

However, these are minor foibles in what is otherwise a captivating play. The set design is stunning and the strobe lights and sharp,  suspenseful sounds provide an amazing sensory experience. The hideous appearance of the  infamous witches does not disappoint, and the numerous sword battles are engaging and believable. Overall, the play is well worth the money and is a great night out. It is a fantastic traditional  staging of a play that forces one to ponder the nature of fate,  appearance versus reality, and the effects of pride, ambition, and guilt. In this way, Hart House Theatre’s Macbeth walks a tightrope between entertainment and challenge, never falling to either side as you sit and revel in the suspense.