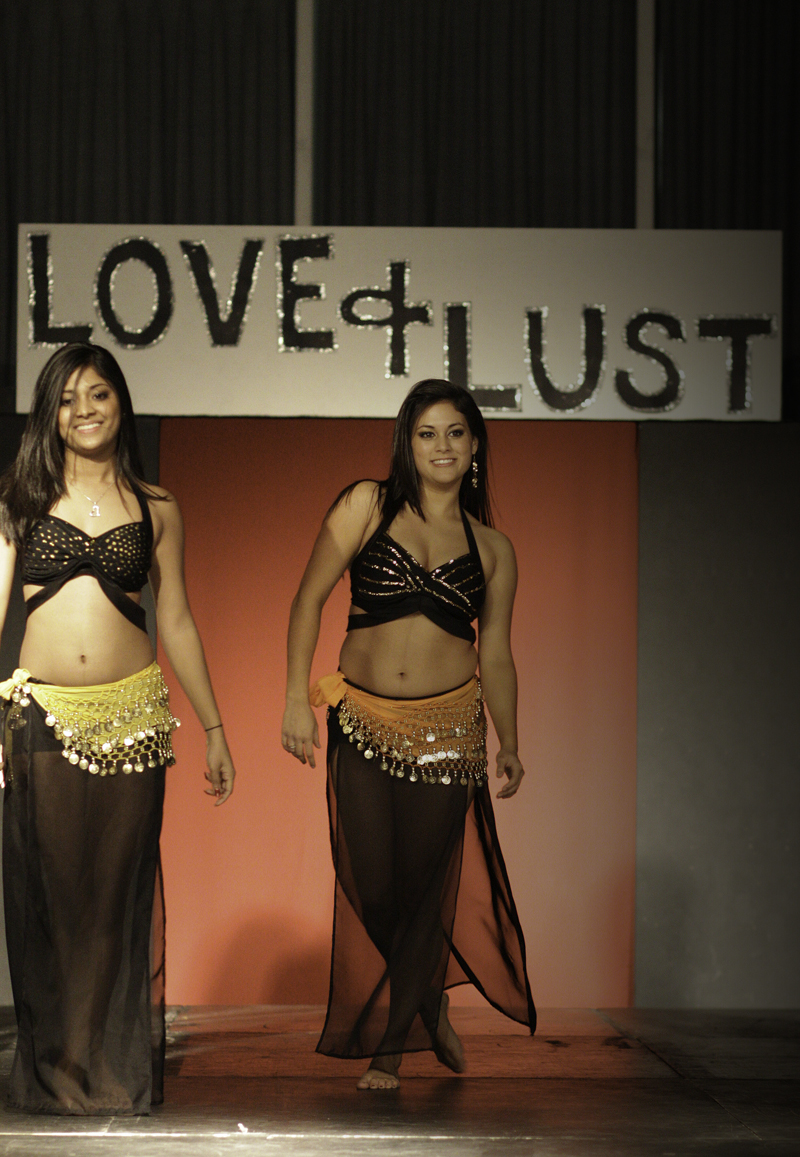 Camilo Diez, Michael Belanger, and Norris Yacoub hosted the annual Style and Profyle charity fashion and dance show in support of the Dream Foundation. Students displayed the different types of love and lust of this year’s theme, from surviving as a single lady to getting married and living happily ever after, and showcased fashion from various retailers, including Banana Republic and Sirens.

“I was inspired by The Beatles Love Cirque Du Soleil show in Las Vegas. Love is such a broad concept that touches everyone,” said Cheyenne Thannikkotu, president of Style and Profyle. In accordance with the theme, models wore a wide range of clothes, showcasing club wear, what to wear on a date, and even bridal gowns and suits.

After two months of rehearsing, the show ran smoothly and was very entertaining. Many members of the audience could be heard cheering on their friends and family members as they rocked the runway. “The show was great! There was never a dull moment, and you could tell that they put a lot of effort into organizing it,” said audience member Kevin Raja. Diez, Belanger, and Yacoub were hilariously entertaining throughout the evening, and at one point they challenged each other to a pick-up line competition to see who could pick up the most ladies. Diez was even brave enough to wear a belly-dancing costume and prance around on stage showing off his skills.The second act of the night spiced things up with a sexy Latin samba dance choreographed by Emily Podgorzec, followed by a tribute to Bollywood choreographed by Cindy Almeida. Alyssa Seli and Alan Resendes choreographed an amazing mash-up of dubstep, hip-hop, and breakdancing entitled “Not a Man’s World” that got the crowd pumped up. Other performances that stood out included the traditional belly-dancing scene with costumes designed by Thannikkotu, reggae dancing, a unique piece by GG Squad, and a lyrical piece choreographed by Diana Pandya. The show ended with four couples modelling bridal gowns and suits, a fitting end to a lovely evening. All proceeds from the fashion and dance show will be donated to the Dream Foundation to help educate children in developing nations.