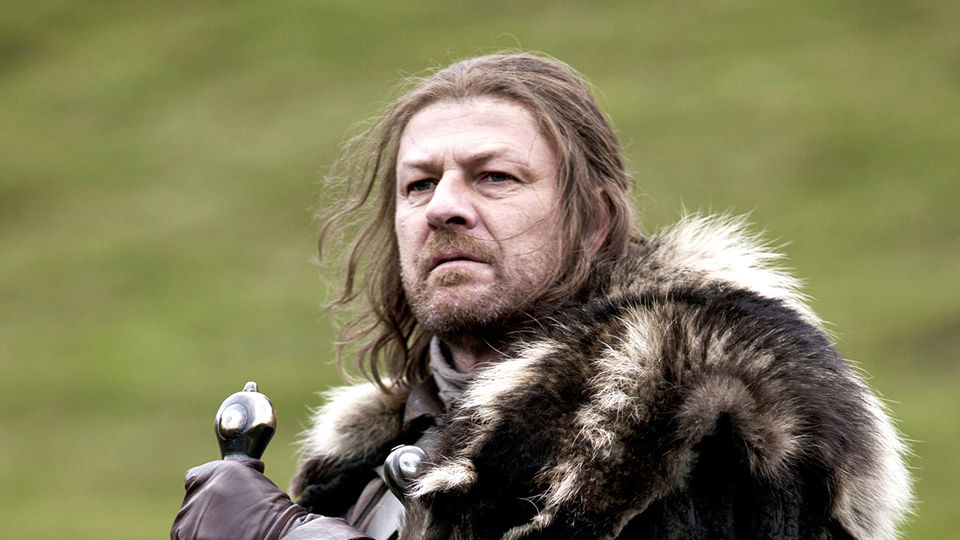 I spent my summer doing three things: taking a full load of summer courses, folding clothes at Costco, and reading A Song of Ice and Fire. The first two I did out of necessity, the third because my friend Aaron spent the better part of the previous school year berating me about Game of Thrones. “You’d like it, Kate,” he said. Having no clue what this series was about, I had no grounds for argument. So in May I went to the library and took out the first book, A Game of Thrones by George R. R. Martin.

For the first third of the book, my biggest problem was that I couldn’t keep track of the politics. I felt kind of stupid. And every Monday and Wednesday morning, Aaron greeted me with an enthusiastic “Where are you in Game of Thrones?” or “What do you think?” or “Who’s your favourite character so far? Just wait till you get Cercei’s point of view.”

At first, I was under the impression that I was reading a flighty, shallow fantasy novel, because A Song of Ice and Fire is a page-turner. Amid the mire of my academic reading, I had forgotten that smart books don’t necessarily have pages of lead. Also, “good” can mean different things. I’m not a fan, but I think the Twilight series and Fifty Shades of Grey must be good in some sense given how many readers they’ve captivated.

Aaron: “Do you think this is a literary text, Kate?”

“But Martin’s using some decent metaphors, and the politics are incredibly complex.”

“Yeah, but I don’t think I could, you know,  write an essay about Game of Thrones.”

It took me all of Clash of Kings and half of Storm of Swords to realize I was wrong.

I get an itch in my fingers when I want to write about something. It’s that feeling that tells me the essay or story I’m about to start is going to be a good one. I have words in my head that want out. The itch means that, this time at least, I won’t have to scramble for quotations or write absurdly long sentences to fill the minimum word count.

So I made a list of all the possible essay topics for A Song of Ice and Fire. Because I’m not a nerd or anything.

The whole saga reminds me of my elementary school Harry Potter days, when my friends and I would run around at recess being wizards and doing magic and quoting the movies verbatim. Don’t pretend you didn’t do it too. A Song of Ice and Fire plays into the same desire for immersive escapism I believe any successful novel has, the best part being that you can always come home if the death toll gets too high for you. Also, it’s something to think about between customers at your summer job.

So if you think fantasy is only for brain-dead, lazy readers, you’re judging the book by its cover. But wait until winter break to start reading the series or you will, like me, risk academic and social suicide, especially if you decide to catch up on the TV series at the same time.

And one more thing: I reserve the right to reiterate that the book is always better than the movie. So even if you’ve religiously kept up with the TV series, you don’t know the whole story.