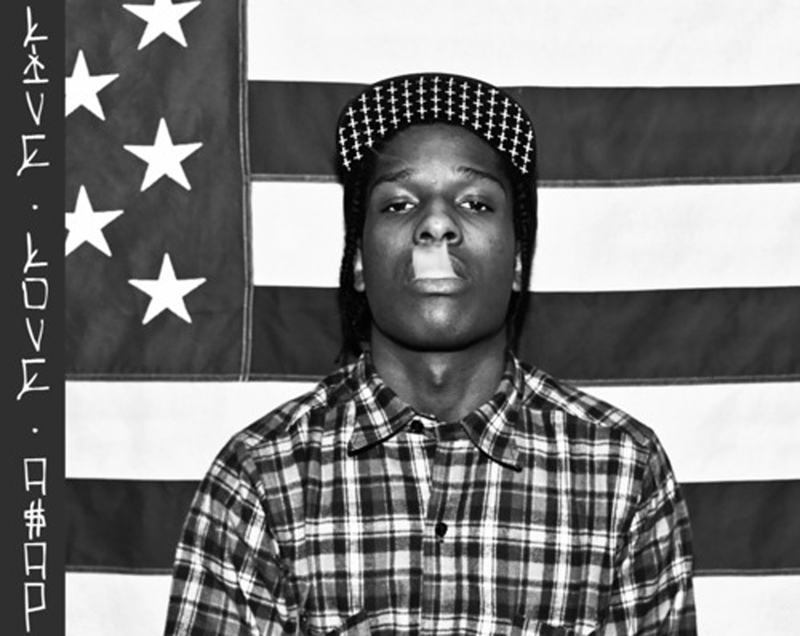 LIVELOVEA$AP is an introduction to a rapper gaining momentum. Trying its best to use its release to grab the attention of old and new fans, LIVELOVEA$AP includes some great songs old fans of A$AP may already know from his memorable viral videos, as well as some new richly produced recordings. “Peso”, a highlight on the mixtape, has everything you want in a slick rap song. Its slinky, twinkling background loop is juxtaposed with A$AP’s verses and dipped with swag and resilience. Brought up on the hard streets of Harlem and aware of life’s hardships, A$AP Rocky presents toughness in his delivery, but also soaks his lines with some wit (“Graduate school of hard knocks, I can show you my degrees: / couple A, B, Cs, bad bitch double D”).

What is impressive is the subtlety of A$AP Rocky’s rhymes: he chooses to avoid obvious end rhymes and double entendres and instead opts for the less obvious assonance, embedding his rhymes within the verse rather than tacking them on in the stronger position. It’s a choice that makes songs like “Peso” and “Get Lit” hard to grasp at first listen but much more rewarding after multiple play-throughs. As a whole, the songs on LIVELOVEA$AP each barely reach the three-minute mark, but this works to create small snapshots—teasers, even—of what’s to come in his later major label releases.

In “Purple Swag: Chapter 2”,  another highlight, it seems like the beat has been filtered three times and slowed down. Dipped in sludge and put into a freezer to cool, the track drips with psychedelic funk and dirt, and has A$AP slurring his rhymes to mimic the production’s effect.

Despite the buzz surrounding Rocky, in the end there’s nothing immensely challenging or innovative about this debut, and it hardly seems to hint at a rapper with a supposed net worth of $3 million. The songs sometimes benefit from a smoky, drug-fuelled haze, but sometimes this approach comes across as lazy, or worse, just dull. LIVELOVEA$AP is a solid rap collection that benefits from its cohesion and short length, and its format as a free downloadable mixtape makes it hard to dismiss for its lack of innovation. If anything, A$AP Rocky benefits from a smart choice of producers and strong standouts that are easy to pinpoint in the 16 tracks. But if this mixtape is meant to satisfy the wait for his official debut, he’ll need to work fast to get it out A$AP.