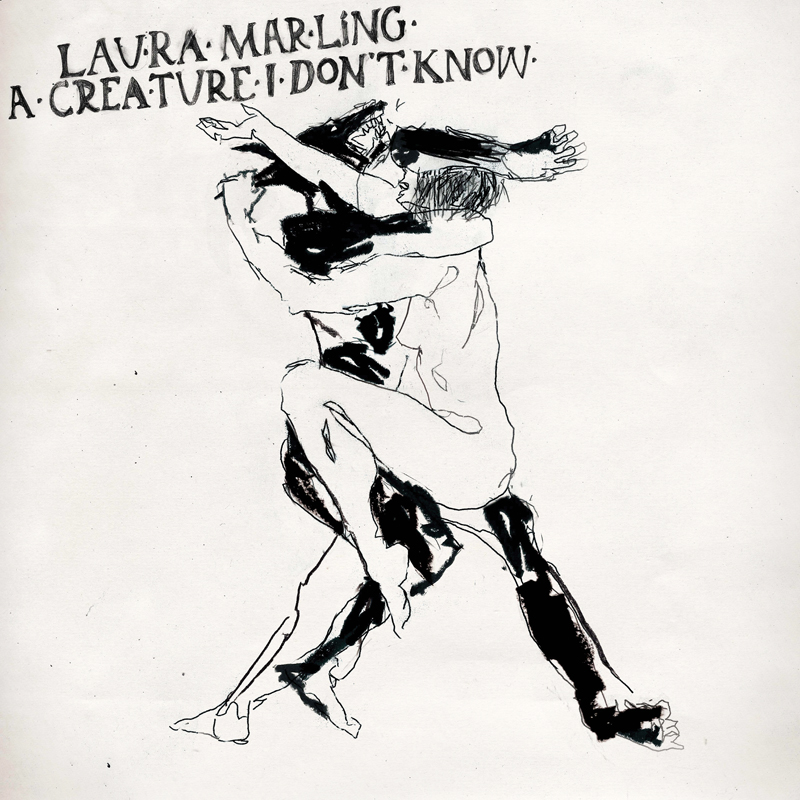 With young but fairly established artists like Taylor Swift and Adele claiming top spots on the music charts this year, it doesn’t seem quite so unusual that 21-year-old Laura Marling has just released her third album, A Creature I Don’t Know. But Marling is not an overnight success, despite what her age would suggest. And A Creature I Don’t Know is a great example of how much Marling has grown as an artist in just a few years.

Marling got her start performing in the U.K. in her mid-teens and was a member of the popular folk band Noah and the Whale for a brief period. She appeared on their 2008 debut album, Peaceful, the World Lays Me Down, before splitting from the band soon after. Marling then released her debut solo album, Alas I Cannot Swim, later in 2008. Her backing band in those early days included members of Mumford & Sons (then a virtually unknown collective), and lead singer Marcus Mumford (to whom Marling was romantically linked at the time) also provided background vocals on her 2010 sophomore album, I Speak Because I Can.

Now, just over a year after the release of her last LP, Marling is back with her third album. Though the album is certainly rooted in the same style as her previous albums, this collection of songs feels more expansive than anything else she’s done in the past.

From the first few seconds of A Creature I Don’t Know, it seems clear that Marling’s approach has become a little less tidy for this third effort. The off-kilter yelps that kick off the album’s opening track, “The Muse,” feel uncharacteristic from her usually prim, en-pointe vocal style. Similarly, she pushes the higher end of her range on tracks such as “I Was Just a Card” to great effect. Though Marling has always had a way with words, her vocal delivery sometimes felt a bit detached in the past (perhaps purposely so). Here, her voice sounds fuller than ever, and her willingness to push herself adds a new intensity to her songs.

Marling has also ramped up the instrumentation on many of her songs. Rather than relying solely on acoustic guitar and sparse backing instruments, Marling adds more instruments and creates a fuller sound on A Creature I Don’t Know. This works especially well on the track “The Beast,” which begins characteristically stripped down, but it gradually adds electric guitar distortion and relentless, booming drums. It’s the longest track on the album, but Marling crafts a moody intensity here that suits her smoky vocal style well.

Marling offers many satisfying song arcs on this album, such as “Salinas,” which mixes banjo, electric guitar, and a vocal choir to create a stirring effect alongside Marling’s soaring vocals. Marling sometimes seems like a more internal singer, and this song offers a refreshing sense of abandon.

Overall, A Creature I Don’t Know is a step forward in Marling’s already impressive body of work. The songs may not be as catchy as some of her previous tracks (such as her first single, “Ghosts”), but Marling trades in hooks for a much more multifaceted collection of tunes. The more complex instrumentation on this album adds a new layer to her music, and rather than
distracting, it serves to highlight her voice.

A Creature I Don’t Know is the kind of album that will likely satisfy old fans, but will also usher in a new crop of admirers. It may not be a total career reinvention, but even though Marling is only 21, her music has grown immensely in less than four years. Here’s to a long and interesting career. MMM½