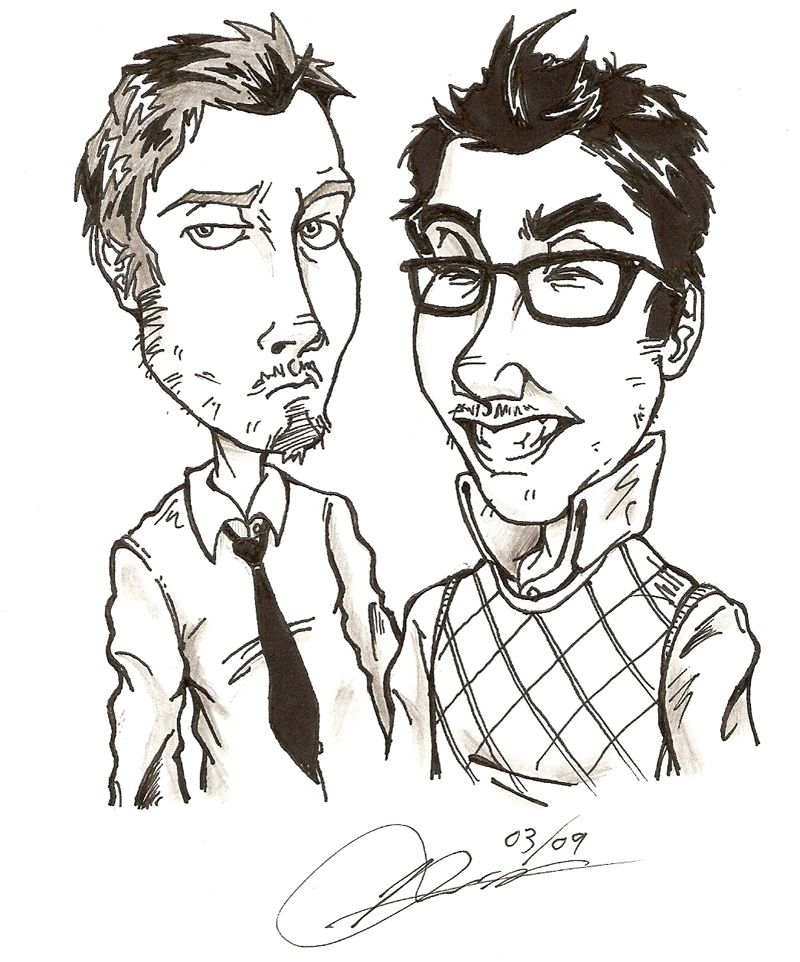 January 27 marked the day that the famous College Humor duo Jake Hurwitz and Amir Blumenfeld made their debut in “Kanada”. The two hosted the “What the Hillel?!” comedy event presented by Hillel of Greater Toronto. Alongside Jake and Amir were local comedy acts Statutory Jape, PB&J, and Smells Like the 80s—all great Toronto acts!

To start off the show, Zach Liknaitsky, one of many that put the show together, teased the crowd about Jake and Amir’s presence in the theatre. Jokingly, instead of introducing the duo, Liknaitsky began to read Moby Dick from an iPad. With loud hoots and howls from a demanding crowd of 500, packed ever so neatly inside of the Isabel Bader Theatre, Liknaitsky quickly put his iPad away and introduced the two, much to the crowd’s delight.

Walking onstage, the duo enjoyed a 30-second boisterous greeting from many dressed in “Oh Sheesh Y’all ’Twas a Dream”, “For the Wolf”, and “So Ace” t-shirts (by Signature Jake and Amir Busted Tees). Amir quickly addressed that night as his first time in Canada, “the biggest state in America”. Hilarity quickly ensued. He then defended his belief, saying that “Canadia was found in 2002, by John Edward Canada. Back me up!” which the crowd promptly did.

To save Amir from embarrassment, as usual, Jake jumped in with an idea for an icebreaker: two truths, one lie. This little sketch had Jake admit that he cried when he saw Beauty and the Beast—as Amir adds, “last week”. They also noted that Jake cries while watching Gatorade commercials and had cried while in Toronto because a dog had smiled at him—but not just any dog, a dog that looked like his father. For Amir’s turn, he admitted to being breast-fed well into his late teens, and losing his virginity in Toronto the previous day, to an 89-year-old woman.

The two performed a 20-minute set to start off the show, and provided laughs in between the local Toronto acts. The night consisted of two rap battles. In the first, Amir “loses himself” in rhymes about women “ankle deep in my semen”, screaming “Oh sheesh y’all, it was a cream”. The second, a tad more appropriate, has Amir mourning over the thought of losing his best friend Jake, in which he then uses a finger gun to shoot himself in the face. Notably, midway through the show the duo prompted the audience to fulfill a longtime goal: to have an audience of over 500 tell Patrick Cassels, a College Humor workmate, that he sucked.

To end the show, the duo had a giveaway of unknown books to those who would yell out what they requested. Included was a request for a female audience member to stand on their chair and yell an Aragorn quote from Lord of the Rings. After one did so, Jake quickly shouted out, “To the dude sitting beside [her]: marry her!”

All in all, it was a usual Jake and Amir show. Hilariously entertaining, stupidly amusing, and the crowd got exactly what they came for—Jake and Amir. Needless to say, the headlining hosts should have received more time to perform than the allotted 30 minutes or so, but Toronto got a little taste, and sure enough can’t wait for the comedy “Kings of Kanada” to come back to town.