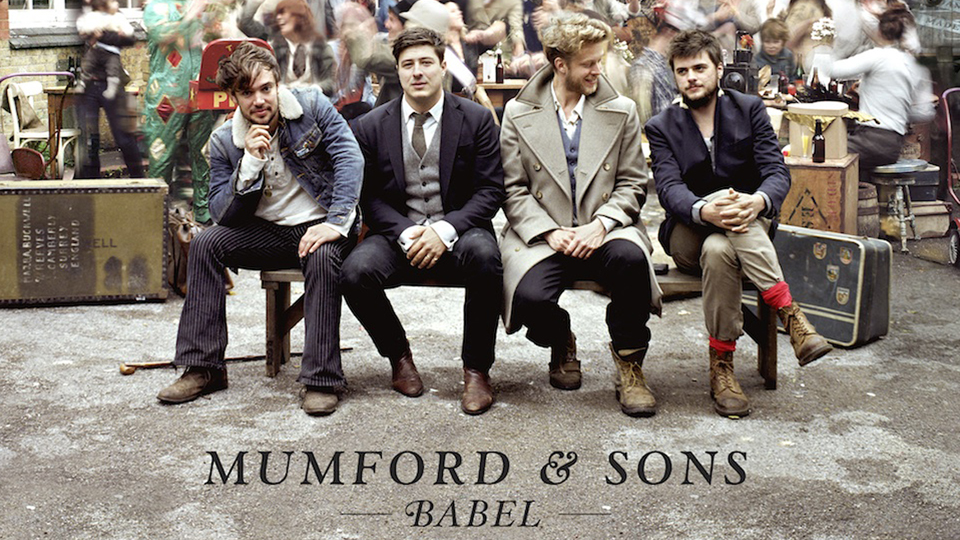 Mumford & Sons were quietly introduced to the music industry in 2008, but they soon rose to fame with the release of their debut album, Sigh No More, in 2009. After a three-year wait, it’s about time for a new album. On September 24, their new album, Babel, was finally released.

On Babel, it’s evident that the band’s unique banjo-heavy, enlightening style is still intact. For those that haven’t yet been sucked into the British group’s style, all it will take is a few good listens to be hooked on the heart-wrenching lyrics and smooth instrumentation. With so much of today’s music consisting of dance-pop, rap, and the never-ending adult contemporary, Mumford & Sons is one of the few original-sounding indie folk bands that have made it into the mainstream.

Their new album will likely satisfy their old fans and enthrall newcomers with its beautiful, jaunty folk tunes. Sigh No More had a few big hits, like “Little Lion Man” and “The Cave”, which both made it onto Billboard Hot 100 and achieved success in other parts of the world. Mumford & Sons further impressed the alternative music world when they were invited to the White House by British prime minister David Cameron to play for him, Barack Obama, and many other celebrities at the state dinner in June. With these accomplishments under their belt, it won’t be a surprise if this group of four talented men, all of whom contribute to the band’s unique sound, have at least one of Babel’s singles  on the charts.

The lyrics sound as though the guys were sitting around a campfire and decided to write exactly what was on their minds, turning their thoughts into picturesque stories that hold the listener’s attention. With a raw but profound ambience, Babel is the kind of album that will be listened to on both good days and bad.

Mumford & Sons is one of the few bands that can switch from one extreme to the other and make it sound effortless. The songs “I Will Wait” and “Holland Road” are perfect examples of this ability, and are also two of Babel’s strongest tracks. “I Will Wait” has the upbeat folk character the band is known for, the one that makes you want to get up and dance for joy, while “Holland Road” brings you back down to earth with depth and beauty.

With so much electronic and synthesized music around these days, it’s reassuring that there is still raw, unedited talent in the world. Babel will likely be known as an example of exactly that. MMMM½