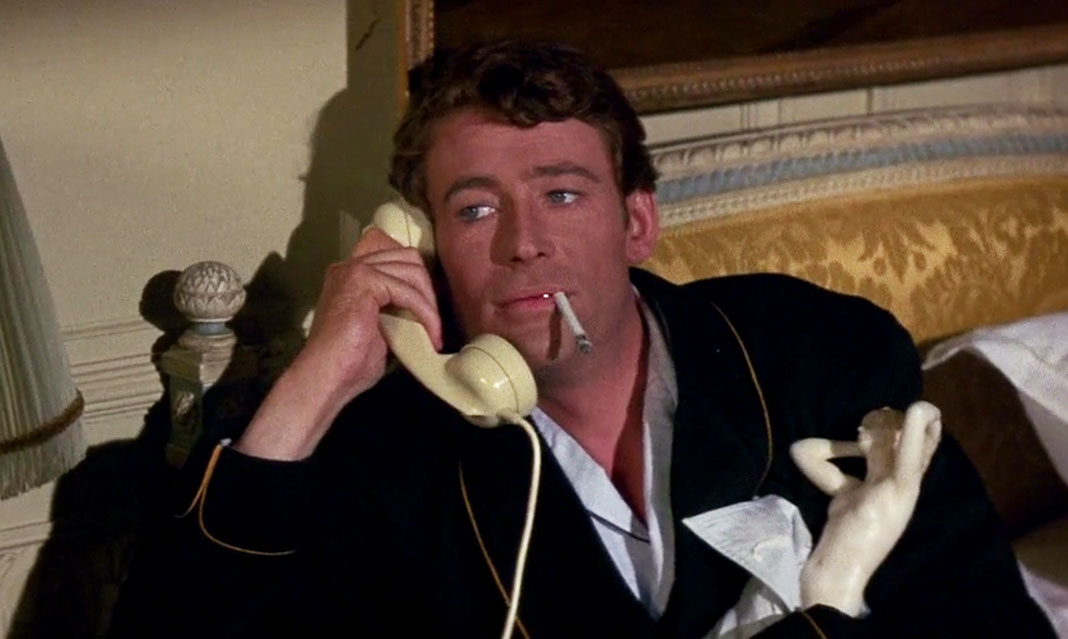 I should preface this by admitting that this is my first time watching an Audrey Hepburn movie. She is one of those people you hear about, but you don’t realize what makes them special until they bring a character to life on-screen.

Audrey Hepburn’s performance in How to Steal a Million is smart and charming. She combines wit with compassion in this hilarious movie.

How to Steal a Million is a 1960’s crime, romantic comedy directed by William Wyler, based on the story “Venus Rising” from George Bradshaw’s short story collection titled, Practise to Deceive. The film follows a wealthy art collector and his disapproving daughter.

The wealthy Charles Bonnet (Hugh Griffith) makes a fortune by forging missing paintings by famous impressionist artists and selling them at auctions and to private collectors. He decides to loan a “Cellini” statue—forged by his father—to a Paris museum since modern tests would reveal its forgery. Someone doubts the authenticity of Charles Bonnet’s collection and enlists the help of an art detective, Simon Dermott (Peter O’Toole), to disprove him.

When Nicole catches Simon taking her father’s “Van Gogh” painting, she mistakes him for a burglar. This moment was probably my favourite in the film. The stylistic choice to showcase his shadow as he creeps in the house is interesting and effective. The imagery is accompanied by subtle music that embodies Simon’s action—it sounds like someone tiptoeing. When the camera switches to Nicole, the audience sees her reading a Hitchcock book, and the book matches the mood perfectly when she covers her face with the back cover that features Hitchcock’s shocked expression.

After enduring a misfired vintage gun and a wounded arm, these characters engage in banter that carries throughout the whole movie.

However, after doing the equivalent of checking “I agree to the terms and conditions” without reading the terms, Charles Bonnet signs an insurance form that authorized the museum to conduct a technical exam to determine the authenticity of the statue.

To protect her father from jail time and a bad reputation, Nicole Bonnet (Audrey Hepburn) devises the heist of the “Cellini” statue along with Simon Dermott, a burglar who tried to steal her father’s “Van Gogh” painting earlier.

Despite the old charm, there are some parts of this film that made me feel uncomfortable.

Whenever there is a problem—for example, when Nicole felt chills—Charles Bonnet suggests some brandy. Alcohol fixes anything. I think it may be a running joke, though, considering Hugh Griffiths’ drunken antics that got him fired. Another part that made me pause were some of the forceful kisses that plague twentieth century films.

There was the kiss after she drives Simon to his hotel and the kiss when Davis Leland, the American tycoon, proposed to her. After her father hears about the attempted burglary, he asks, “This tall, good looking ruffian with blue eyes, he didn’t, er, molest you in any way, did he?” And Nicole replies, still in a dream-like trance, “Not…much.” I feel like that line might not age well in 2019. However, the most visually disturbing was when Simon pretends to be a guard and she thinks she got caught. He drags her from behind, muffles her voice with his hand, and then he kisses her until she realizes it’s him.

The first three seconds made me forget this was a comedy. I think the exaggerated nature of the scene is supposed to make it appear funny, and I’m sure it was fifty years ago, but it is hard to watch now.

It isn’t a terrible movie if you ignore the few plot holes. The character relationships feel genuine and the film is fun to watch. Although Nicole can be a bit naive at times, she is still likeable.

The storyline is predictable, but the acting makes it quite forgivable.