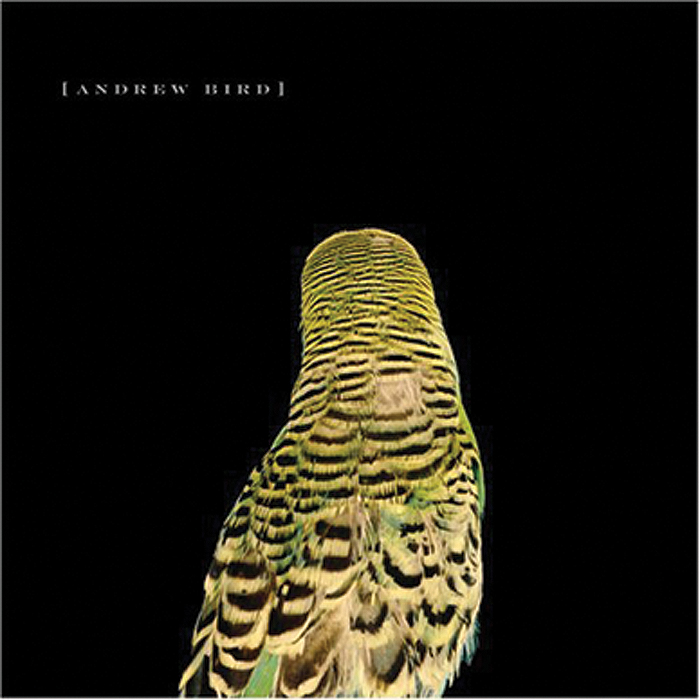 A&E Editor Michael Di Leo picks ten albums you should hear if you havent already. At least that way we wont be held accountable for whatever choices you may make in the future

Andrew Bird is known for his textured sound, and none of his other albums come close to matching Armchair Apocrypha in this respect. Imitosis is a collage of violins being picked like a guitar. Armchairs fades in smoothly, but ends on an epic high note, filled with pianos, violins, and Birds trademark whistling. It will make you feel real nice. The Young and Passionate Days of Carpedia [EP]
The Carps

On the first track, when Jahmal Tonge proclaims this might be the rawest thing youve ever heard, he may just be right. Not so much in the way that Lou Reed is considered raw, or, as a more contemporary example, Pete Doherty (though this is subject to question) but that the music itself, a stripped-down, mucked-up, electrified version of drum n bass may be the closest sounding thing to letting it all go on the dancefloor.
And with soulful vocals and songs that address social issues in our native GTA, whats not to like? When twee was the in-thing in the early 90s, it was mostly due to the dominance Belle & Sebastian had on the genre. Everyone was listening to If Youre Feeling Sinister and The Boy with the Arab Strap, but no one realized that Tigermilk was what kicked B&S into the mainstream.

There are the staples —My Wandering Days are Over and I Could Be Dreaming — that are impeccably produced, but the other, lesser known songs are what give this album its character.

Electric Renaissance and Expectations are light and airy B&S renditions of an electronic song and latin-ish song respectively, both adding to the cohesiveness of the album as a whole.
Plus, listening to Tigermilk will make you feel like a little kid again. Indie-rock has acquired a bad rap over the past few years. When people hear the name, they cringe, picturing five white twenty-somethings with dirty hair playing on vintage synthesizers while whining overtop. To be fair, this is generally a pretty accurate description — visit Lees on any given night — but sometimes a band comes along whose music is so overwhelmingly good, so distinctly fresh, and so much fun that you forget all the stereotypes associated with their kind of music.

This is The First Aid Kit. Hailing from Halifax, they have only two EPs to their name but promise a lifetime of listening pleasure. Dont believe us? Try downloading their album for free on their Myspace page. There are two kinds of DJs: those who work at clubs where they play top 40 hits, and those who take the process of turntabling as an art, digging deep through crates of records to find that perfect drum hit, and mastering the techniques of cutting a record.

Skratch Bastid is the second kind of DJ. Apart from winning several national and international DJ competitions, he brings an energy to his live and recorded performances that is unmatched by any of his contemporaries. Taking Care of Business exemplifies this energy, and contains some of the most serious displays of scratching ever recorded. That and the tracks are just so much fun. Many of you will recognize the name John Frusciante as the guitarist of the Red Hot Chili Peppers. What you may not know is that he has a successful solo career on the side.
Niandra LaDes is the first solo album Frusciante ever released, back when he first left the Peppers mid-tour in 92. To put it lightly, this album is weird. Expect there to be times where you question why it was recommended to you in the first place.

Also, be prepared to hear the shrieks of a man completely possessed by a life-threatening drug-addiction. Yeah.
But if you can get past that you will find some of the most intriguing melodies, beautifully complex guitar arrangements and mind-bending production techniques — all done with a pop sensibility that makes Niandra LaDes so irresistible. Elvis is Back!
Elvis Presley

Many people dont realize the longstanding effects of Elvis Presleys music on todays society. To put it lightly, without the King, most top 40 music we hear today wouldnt be on the top 40. It would be played on college radio.

Elvis is Back! is one of the best examples of Presleys significance. Recorded after his military discharge in 1960, the album is a turning point of sorts, where Elvis progressed from the more structured Rock n Roll which he was known for to the pop music for which he would later be remembered.

Elvis is Back! features several distinct musical styles, ranging from doo-wop to blues to gospel, each injecting a shot of colour on top of the rigid 4/4 compositions. Ever wonder why R&B became so popular? This is where it started. When people discuss 90s hip-hop, all too often Big L gets overlooked. Maybe its because he never had a really captivating single — one which he will be remembered for always. Or, more likely, its because he was gunned down in his prime, right after signing a major deal with the newly formed Rocafella records. (Jay-Z was a protégé of Big L.)

Lifestylez is the only studio album L released while he was alive. Since then there have been many compilations featuring his freestyles and unfinished demos, but none come close to matching the intensity and delivery of Lifestylez. Mostly because it is difficult to imagine how anyone is able to rhyme like L, mixing multi-syllabic rhyming schemes with an intent to destroy anything he speaks of. No one does it better. It may seem unusual that a bonus disc would be featured on such a list, but make no bones about it, this is pure Weezer.

Dusty Gems features some classic b-sides and demos from the blue album days which have since become popular Weezer hits. Songs such as Susanne and Jamie hold their own with anything Weezer has produced since. Other lesser known songs, for example Mykel and Carli and a barbershop quartet rendition of My Evaline, have reached cult status among die-hard Weezer fans.

But dont assume that this is for Weezer fans only. It is quite the opposite in fact. Dusty Gems opens the band up to some of their more intimate moments — their unproduced demos, their original quirky song ideas, and the unmitigated joy found throughout which makes their other albums almost boring in comparison. Released in 1991, Breaking Atoms remains one of the best-produced hip-hop albums to this day. With styles as diverse as jazz rap and alternative hip-hop, Breaking Atoms is notable for having influenced artists such as A Tribe Called Quest and Hieroglyphics and for the debut of future superstar Nas.

But what is most impressive about Breaking Atoms is the production behind it. Considering it was made at a time where computers had very little, if any, role in creating music, it is incredible how such complex and full beats were created, not to mention the degree of musicality behind them. A hip-hop classic, Breaking Atoms will never grow old.