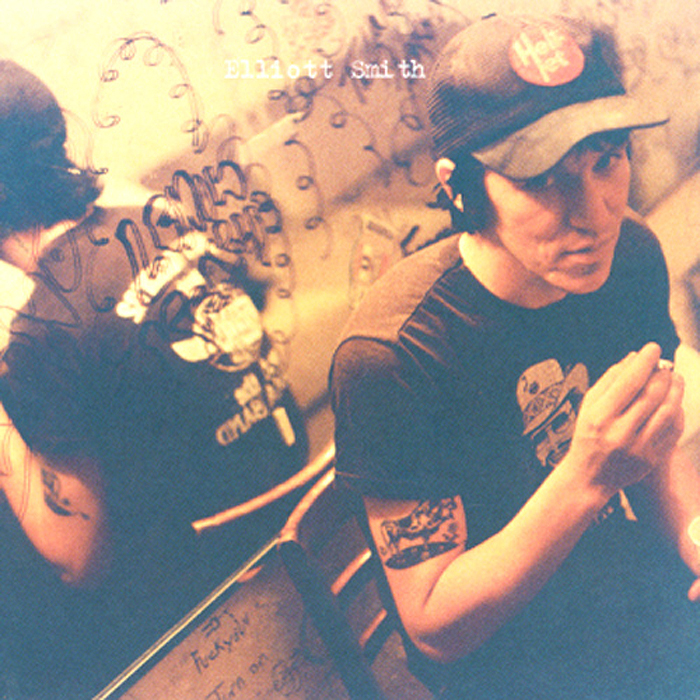 I am always surprised when someone tells me they havent heard of Elliott Smith. To be fair, he was only in the spotlight for a second when he got an Oscar nod for Miss Misery (featured in Good Will Hunting) and, of course, when he killed himself a few years back. Regardless, the depth of his songwriting is unmatched by most of his contemporaries—most notably on Either/Or.
Recorded during his salad days, the arrangements are vibrant despite their minimalism. Smiths acoustic guitar is the overarching focus here but his comfort level on all the other instruments cannot be overlooked. The drum work in particular adds a touch of rawness that, along with his sparse piano playing, sets Either/Or above the usual standard of solo songwriters. LEE FIELDS AND THE EXPRESSIONS

Lee Fields doesnt have to worry about losing his youthfulness. Yes, hes in his sixties. Yes, he has struggled. Yes, he is exactly what you picture when you think of poor, black soulsters in the Motown days. And yes, he gets all the ladies.

Dont believe me? Next time youre on a date with a girl, put on My World and count how long it takes for her to start getting naked and making out with the nearest man in sight (quick tip: make sure that is you). Recorded only two years ago, My World sounds like its from the good old days of soul, where trebled guitars weaved with thick vocal harmonies in perfect pop unison. There are some exceptions though—Do You Love Me (Like You Say You Do) takes a harder edge to the silky smooth vocals, giving it the effect of having been dubbed. That and also the fact that you know exactly what this senior citizen is doing tonight. When Hooverphonic released 2 Wicky in the 90s, they started a trend among small lounge-nightclubs that remains in full force to this day. The idea that straight jazz can be fused with harder, denser beats works well on the surface, but it has remained a novelty for the most part. DJ Shadow experimented, yes, but his influence is debatable.

So in comes Free the Robots (actual name: Chris Alfaro), who, in his home studio, managed to substantiate this overlooked genre of music. His beats are harder, his samples are way cooler, and his synth work is rad.

Session Two, the EPs closer, features one of the best sampled drum-interludes ever, easily on the same level as any DJ Shadow recording. The rest of the album isnt bad either. The Dark Side of Oz, for those of you who are uninformed, is a cinematic event where they play Pink Floyds Dark Side of the Moon in sync with The Wizard of Oz. It is pretty fun to watch, and especially so if you are inebriated in some form or other.

Taking a page from their book, Rich Aucoin from Halifax decided to make his own spin, writing and producing his first album to sync perfectly to Dr. Seuss How the Grinch Stole Christmas.
If that doesnt interest you enough, the fact that the music is spectacular should. The arrangements are lush, the melodies are memorable, and Aucoin sings the Grinchs parts through a robotronic microphone. Plus Halifax is so in right now. It may surprise you to know that before Destinys Child and TLC, there were strong, independent women who took to song to express their feelings. Yes, there were the doo-wop crews, the Aretha Franklins and the Diana Rosses, but none went past the conventional bounds of pop music that, at the time, were set by their songwriters and business managers at Motown and other such labels.

Kind of the antithesis of the blues, wouldnt you say? Esther Philips is none of that. Her voice is just as smooth and sexy as any other frontwomans, but she hailed from a time and place untouched by the fast-selling soul that would later dominate the airwaves. This was the blues, glorified, in its purest form. That doesnt necessarily mean one acoustic guitar and an old blind guy. Orchestral arrangements are cool. You can hear the rawness in her voice.