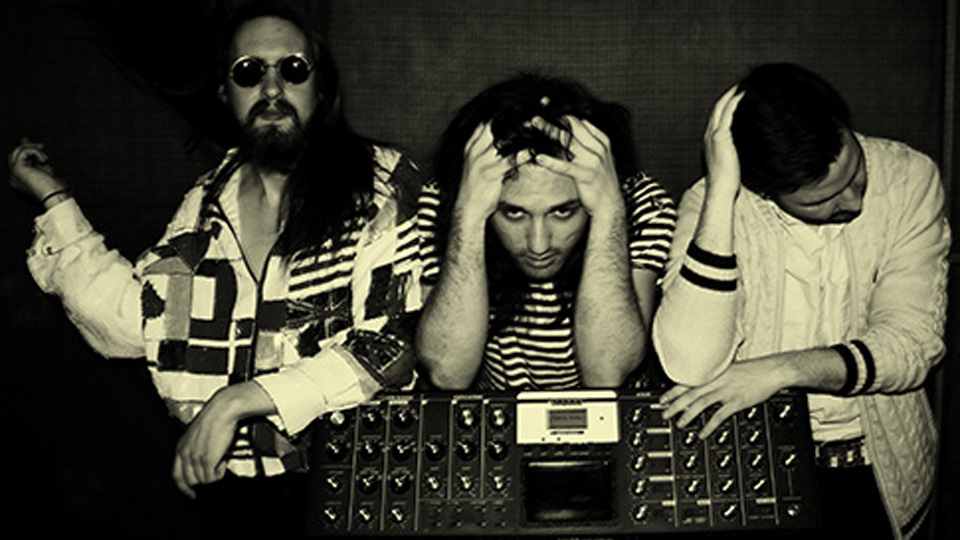 Looking at the cover of Keepsake, I didn’t see much. A few black symbols marked an otherwise plain white cover, bringing to mind the incomprehensible Webdings font. Based on that and the name printed on the spine—Hana Lulu—I envisioned an indie songstress strumming away on her acoustic guitar. As soon as I pressed play, I realized I was in for something very, very different.

The first track of this four-song EP, “Find the Light”, opened with an automated beeping that sounds like someone reaching out for contact via Morse code. Shimmering synths soon set in, as did the British accent of lead singer Kevin Desjarlais. (It turns out the band is actually from Manitoba, so I guess we should call it a faux British accent.) Upon hearing all this, I immediately grabbed the jewel case that the CD came in and searched for a release date. 2013. So no, this CD hasn’t been sitting around the Medium’s office since 1987, as I instinctively thought might be the case.

The influence of bands like New Order and their contemporaries are strong on Keepsake. So strong, in fact, that an argument could probably be made that Hana Lulu is directly ripping them off. But as derivative as the band’s style may be, the catchy hooks are undeniable. Hana Lulu also wisely keep their electronic sound fairly simple, but still layered and dynamic enough to not become completely monotonous. Desjarlais’ voice is a combination of an authoritative drawl and an upper-register yelp, bringing to mind Robert Smith of the Cure on more than one occasion.

“Up and Down” offers a dark, off-kilter synth backing that seems to draw inspiration from the likes of Depeche Mode. It hints at a darker, less conventional side of the band. Meanwhile, the hazy pumping of the title track seems like something that could just as easily have spilled from the mind of LCD Soundsystem’s James Murphy.

It’s nothing new, really, but Keepsake packs a quick punch of ’80s dance nostalgia. Hana Lulu pay tribute to some of the catchiest music in history, and if you’re in the right mood, Keepsake is a surprisingly enjoyable listen.