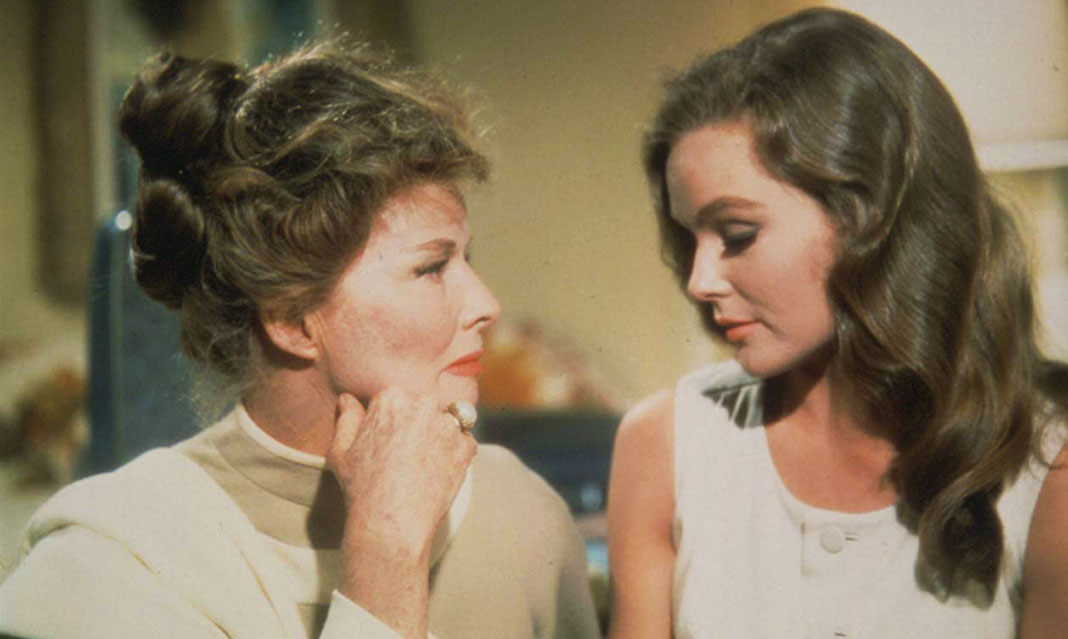 Guess Who’s Coming to Dinner offers us a timeless look into late 1960’s American society, while examining prejudice and racism through the introduction of interracial marriage on screen for the very first time in American cinema. The film demonstrates Hollywood’s take on a call for social justice and challenges the audience to confront their own ideas of ethnocentricity.

Guess Who’s Coming to Dinner takes place over the span of 12 hours and encompasses several events, beginning when Joey Drayton (Katharine Houghton) and John Prentice (Sidney Poitier) arrive together on a flight into San Fransisco. Joey invites John, an African American Doctor, to meet her white liberal family and inform them of their soon to be marriage. Matt and Christina Drayton (Spencer Tracy and Katharine Hepburn), wealthy and liberal supporters of civil rights, are exercising their beliefs and being put under the test by their daughter Joey.

The Chicago Tribune explained that “the movie retained a central and deeply complex position in culture,” as it conveyed stereotypes not just in terms of race but also gender. Sydney Poitier’s character John Prentice, is a graduate of John Hopkins who teaches at Yale University, while simultaneously working with the United Nations and writing academic textbooks in his leisure. He is simply every parent’s dream. Poitier was portrayed as an intelligent, educated and well spoken black man to prove that any objections to their union could only be raised due to racial differences. This was heavily evident by Tillie, the Drayton’s African American maid. Her refusal to view him as a white woman’s equal, let alone her husband was commonplace during that era and is encapsulated when she utters the sentence “I do not like when one of my own does not know their place” to Joey while they discuss the matter in private. Many black Americans were against the idea of integration and interracial relationships for a myriad of reasons with Tillie being at the forefront.

The director, Stanley Kramer, intentionally portrayed both families as wealthy, educated and forward thinking with only one crucial difference: race. Even the age gap, 14 years, didn’t seem of any significance when drawing parallels against racial lines. Depicting the characters in a certain light is paradoxically the most remarkable asset and hindrance for the film. Joey is a young woman whose naïveté, impetuousness and frankness give her character a bubbly, optimistic outlook on the current social climate. Her exclusion from important discussions was typical of misogynistic behaviour and while she was inexperienced regarding racial prejudice, she should have been shown more respect surrounding decisions affecting her future. Poitier’s character, on the other hand, resembled a dedicated, dependable and charming man all at the same time, making him fall in love with a “pollyanna idiot.” These character attributes reflect how women were typically viewed at the time and the condescending characterizations that are still prevalent today.

The main female characters are portrayed as empathetic with their decision making that is viewed by their male counterparts as emotional. Throughout the movie, Matt Drayton describes his wife as an emotional woman who fails to recognize what might be in Joey’s best interest. When John speaks to Joey’s parents in the study, he explains that there will be no marriage without their blessing, not consulting his future wife about such a crucial decision. Evidence of the patriarchy is blatantly obvious when Christina tells her husband that even if John is willing to call off the marriage, Joey will not agree.

In 1967, interracial marriage was illegal in some states, yet this movie was still Oscar nominated despite the stereotypical depictions. Ultimately, Guess Who’s Coming to Dinner broke barriers on the big screen and its themes are still celebrated today.