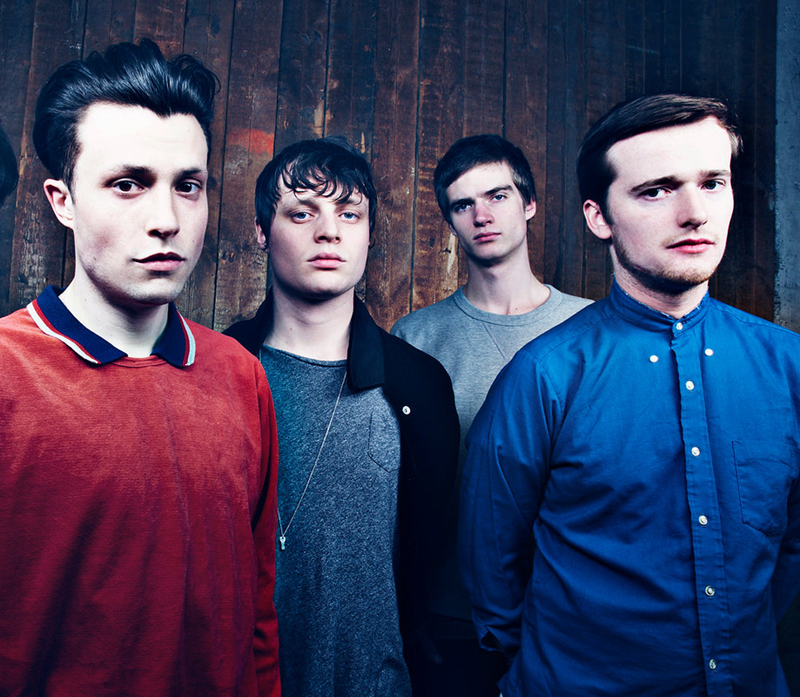 The cover art for the latest from The Maccabees, Given to the Wild, displays a stone kiln in the middle of a field of dead grass, a field which is slowly being consumed by bright,  orange flames. An evocative image, the snapshot serves as a metaphor for the music to be found within; this album possesses substance with the potential to set fire to the imagination.

Produced by Tim Goldsworthy of DFA Records, this album suggests a more electronic atmosphere than their previous efforts, and to great  effect. The third outing from the London quintet is a collection of  elegantly orchestrated masterpieces, each with its own unique story to tell.

Given to the Wild begins with a swirling synthesizer-filled atmosphere of a title track, from which echoing vocals and guitar melody emerge as if from a dark cave. The instrumentation of the intro slowly accumulates, giving birth to “Child”, which serves as the formal introduction of the bass and keyboards as a looping melody, not to mention the undeniably pretty vocal performance of Orlando Weeks. “Child” takes the listener on a colourful, anthematic merry-go-round of melody before halting abruptly and moving into the gentle, minimalist drumbeat and vocal pairing of the first verse of “Feel to Follow”. This track begins at a delicate, steady pace, proceeding into a chorus that gradually builds in energy and intensity. Pulling back and proceeding again, the song teases the listener until exploding into a fireworks display of guitar progressions that do figure eights around one  another.

The happy-go-lucky piano melody of “Ayla” follows, and the soothingly wistful lyrics ease into an epic chorus of towering horns and militant drums. “Glimmer” begins, appropriately, with a shimmering guitar riff gliding in overtop of an elusive drumbeat, evoking the feeling of skating on an ice rink, surrounded by lights on a cold December night. “Forever I’ve Known” pairs a brooding bass line with faraway cries of a wailing guitar, transforming into a riveting dance. Stylistic parallels can be drawn here, some to more notable contemporary groups. “Heave” possesses a Coldplay-esque vocal chorus, begging the simple question, “Are we so different?” “Go” reaches the heights found on Arcade Fire albums, complete with trembling, sincere  vocals reminiscing of Win Butler. The most upbeat track on this album is “Pelican”, beginning with an exciting, “Eye of the Tiger”-like pace, restrained by vocal harmonies that reflect on the nature of life. “Grew Up at Midnight” sends the album out on a victorious high note, yet bears a reminiscent quality to it, honouring the past and the days of youth, proclaiming, “We grew up at midnight; we were only kids then.” Though they may have been kids once, Given to the Wild marks this band’s passage into musical adulthood.

If asked to describe this album in one word, the most appropriate term would be “crescendo”. Gradual buildups resulting in explosive choruses and spectacular instrumentals are a recurring element on Given to the Wild, but The Maccabees never stray too far from their roots, containing their fiery melodies and epic breakdowns under a thin veneer of indie sensibility. Everything about this  album yearns for the majestic, the musical equivalent of a magic carpet ride at night time over natural landscapes and brightly lit cities. With Given to the Wild, The Maccabees take the listener out on a fantastic adventure, and given the sheer grace with which this album is executed, one might find it difficult to say no to the call of the wild.