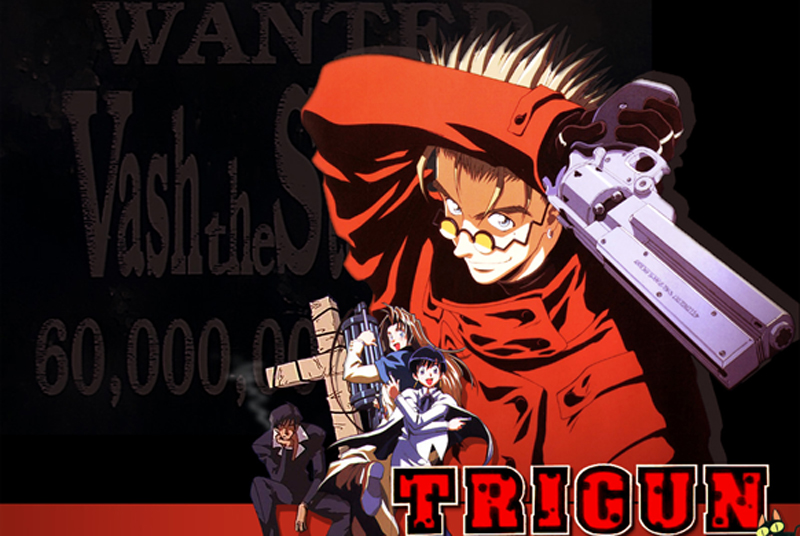 Needless to say, anime isn’t something new, and it isn’t something strange; it’s part of our childhood, and part of our shared culture. But why did most of us stop our forays into these cartoons after high school? Why is it that watching Inuyasha is normal, but watching Ergo Proxxy makes you an otaku? Some people have told me that it’s because anime is a cartoon, and cartoons are ultimately for kids, but you can’t honestly tell me that live-action shows like Two and a Half Men can’t be just as childish.

Part of the reason may be the sheer volume of anime out there. The animes that appear on television are a tiny percentage of what the industry produces. So when potential anime-watchers go online, they might be confused by the sheer amount of titles—some of them meaningless English words (Heartcatch Precure!), some of them long strings of (probably Japanese) syllables (Ookami-san or Schichinin no Nakama-tachi), and some of them just the same syllable repeated (Bobobo-bo Bo-bobo)—and just bolster the opinion that the people who watch anime speak a different language than the rest of the world.

If you want to get scared, try Higurashi No Naku Koro Ni.

This long name hides one of the scariest, strangest animes out there. We join Keeichi Maebara as he moves into his new home in the sleepy village of Hinamizawa. Keeichi’s new life has everything: he has friends, he has family, he has a new community. He also has people that want him dead. Every year, during an annual festival, someone is murdered.

The locals credit the deaths to the town’s god, but then why is it only outsiders who are victims? And why are Keeichi’s new “friends” acting so strange?
If you wanna see stuff blow up, try Trigun.

Trigun takes place on a huge desert planet. The last of humanity has crash-landed there after escaping the now-toxic earth, and is trying to eke out a living amidst
collapsing technology and rampant crime. Also, for some reason everyone dresses like cowboys and fights with 19th-century-style firearms. The series chronicles the travels of Vash the Stampede, a notorious outlaw who causes so much destruction that local insurance agencies have declared him an Act of God. But why does Vash seem like such a nice guy? And to where, or who, is he going?

If you want to feel smart, try Aoi Bungaku.

Aoi Bungaku takes the best of Japanese Modernist literature, and transmogrifies them into anime.  Ryunoske Akutagawa’s Hell Screen, Osamu Dazai’s No Longer Human, and Natsume Soseki’s Kokoro are a just a few of the sterling stories that the directors have plucked for screen adaptation. The adaptations aren’t always faithful to the source material, but their core subject matter remains the same. These stories are dark, gloomy, and will make you look differently at what it means to be a human in this world.

If you want to get confused, try Paranoia Agent.

Fear, insanity, and a twelve-year-old slugging people with a golden baseball bat. Well, Paranoia Agent isn’t exactly family-friendly, and it isn’t exactly normal. A string of assaults have erupted all over Tokyo, and the descriptions of the assailant are all the same: an ugly kid with inline skates and a dented, golden bat.  The media call him “L’il Slugger”. Something doesn’t add up, though:

L’il Slugger is appearing everywhere, sometimes on the other side of Japan, and he appears to sometimes have superhuman strength and speed.

The mystery of who exactly this kid is delves into the psychology of paranoia, and our shared fear of guilt and responsibility.

If you want to say “Aww”, try The Melancholy of Haruhi Suzumiya.

From a children’s book to an anime, The Melancholy of Haruhi Suzumiya is sweet, funny, and one of most-loved cartoons ever. The series follows a high-schooler named Kyon and his friendship with his weird classmate Haruhi Suzumiya. Haruhi is bored with normal life, and sets up a club dedicated to finding supernatural beings. Little does she know that the club members trickling in are all psychics, aliens, or time travellers. In the adventures that follow, Haruhi never discovers the secret identities of her schoolmates, and that’s just great, because the best thing about this series is the message that it carries: you don’t need psychics, aliens, or time travellers to have fun. You just need your friends.