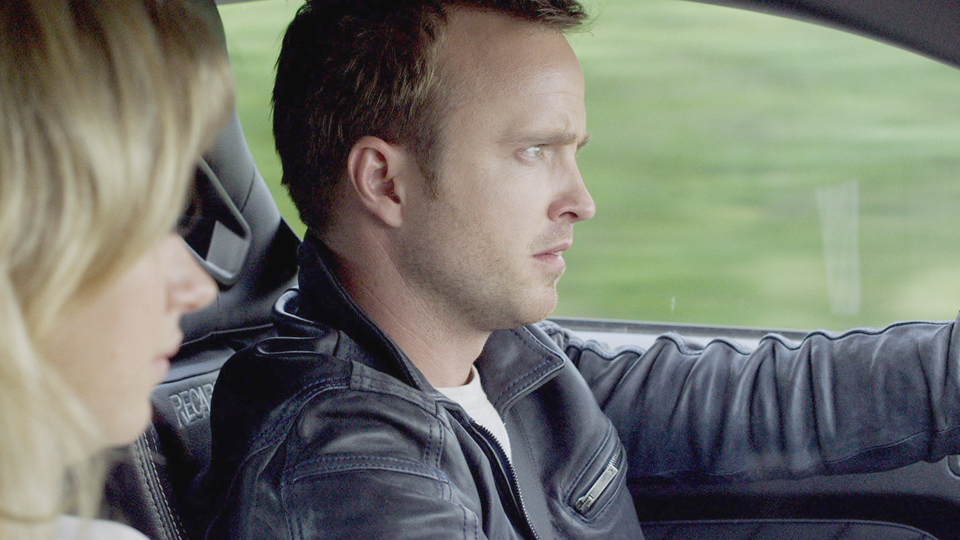 What makes a good racing movie other than fast, luxurious cars? Some might say a decent cast, and a strong lead protagonist and antagonist. I say a consistent plot with a purpose. By these standards, Scott Waugh’s Need for Speed barely crosses the finish line.

Breaking Bad’s Aaron Paul stars in this high-octane film that gives fans of The Fast and the Furious and NASCAR something else to watch. Paul plays Tobey Marshall, a street racer with two goals: seeking revenge for the loss of a loved one, and winning a secret race across the U.S. He’s joined by Scott Mescudi (also known as Kid Cudi) and Michael Keaton.

The films in the Fast and the Furious franchise offer a diverse cast with tight chemistry, whereas Need for Speed gives audiences a popular TV star who can’t handle the spotlight alone very well. Where The Fast and the Furious follows multiple dramatic relationships—like the one between Vin Diesel and the late Paul Walker’s characters—Need for Speed forces the obligatory romantic relationship between Marshall and one of the two female characters in the entire film. But its male-dominated narrative and visuals of ridiculously expensive cars being destroyed still resemble the racing films we’re used to.

But rather than comparing the film to other, more popular movies, let’s review Need for Speed on its own merits. Need for Speed is your stereotypical racing flick with a cliché plot, predictable ending, blatant sexism, and annoyingly loud cars. And while Paul’s attempt to break away from his Breaking Bad character is understandable, he would’ve been more successful had he chosen not to play another criminal.

The film offers fast races and furious characters, but Need for Speed falls far behind other films of its kind. Other than the extremely beautiful cars on display, the film has little that impresses. MM½