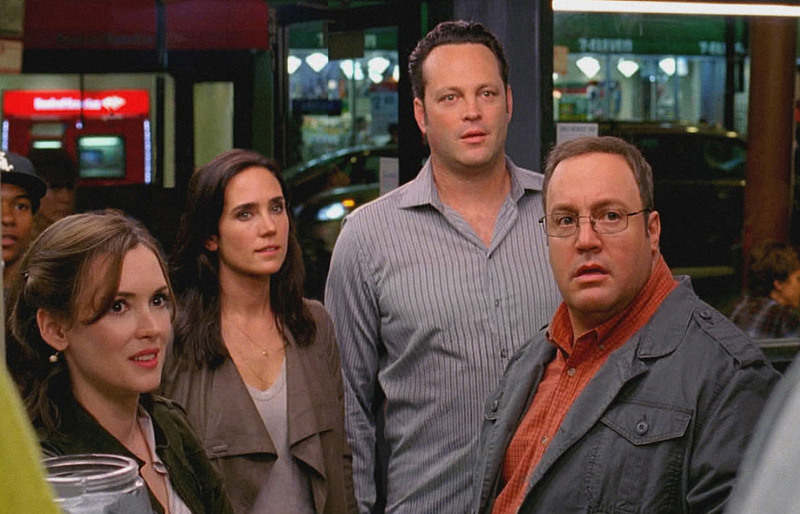 “How long does it take to know someone?” is the opening line of The Dilemma, which stars Vince Vaughn and Kevin James as two best friends from college, now with their own small business and each with a woman far too good-looking for either of them. The Dilemma is advertised in commercials as a comedy about what to do when a guy finds out his best friend’s wife is cheating on him. Although that seems to be the main premise of the movie, it actually has a lot of other life themes: How much do we really know about people? What does it mean to know someone?

Ronnie (Vaughn) is an outgoing, middle-aged bachelor who’s finally in a serious relationship with his girlfriend Beth (Jennifer Connelly). His best friend Nick (James) is in a seemingly terrific marriage with Geneva (Winona Ryder). The movie begins with plenty of background about each of the characters, as Ronnie reveals that he is considering whether to propose to Beth, but wants it to be the “best proposal in the history of time”—or something along those lines. While this romantic plot starts spreading out, there is a subplot surrounding Ronnie and Nick’s business, in which they are working on an important deal with Chrysler to make a hybrid car that sounds and looks like a muscle car. Queen Latifah plays the role of a funny, enthusiastic executive at Chrysler who likes the idea and is assigned to keep track of Ronnie and Nick’s progress on this new hybrid.

The plot finally gets rolling when Ronnie sees Geneva with another man (Channing Tatum as a tattooed badass with a sensitive side), and both the laughs and the seriousness really take off from there. Basically, we learn from the movie the steps one man must take to tell his best friend the harsh truth that his wife is cheating on him. Step one: Ronnie tries to tell Nick but just can’t force the words out of his mouth. Step two: call someone (Ronnie’s sister) for advice. This leads to another issue, but still leaves Nick in the dark. So we move on to step three: confront the wife and more or less make her tell Nick the truth so Ronnie doesn’t have to be the messenger (because the messenger always gets blamed). But no one should mess with a woman who’s got an agenda, and thus starts the question of how well Ronnie really knows his best friend. These steps turn into stalking, photography, physical violence (more like physical comedy), and ultimately ends up in a final scenario where honesty is definitely the best policy.

The Dilemma delivers a lot of laughs and moments of “Oh my God!” astonishment, along with serious aspects that are actually believable. There’s a lot more to this movie than the trailer reveals, and it may take you by surprise. However, it’s not all perfect. In the middle it drags a little, with some fairly boring conversations between characters. But these don’t last too long and quickly got more interesting as the situation turns a little more bizarre. This film is perfect for a night out with friends, but is also a good date-night type of movie for couples out to have a laugh. It’s also appropriate enough to see with your family—but leave out the really young siblings. Overall, expect to laugh and feel good walking out of the theatre, with the kind of feeling a happy ending is always sure to give you.                                 ★★★½