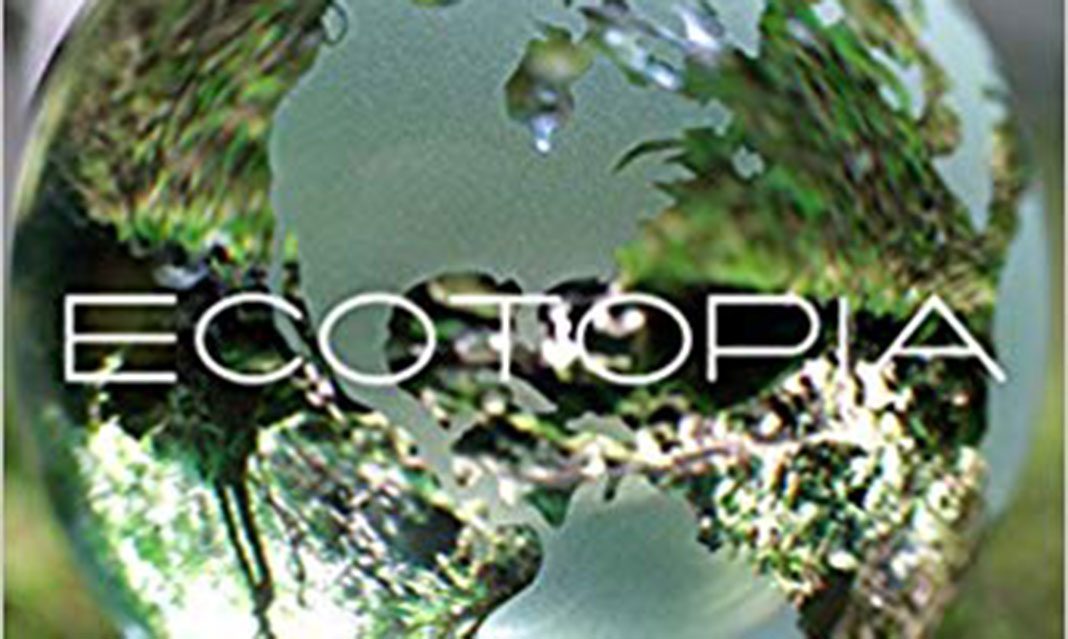 Environmental issues are a major debate within today’s society. Climate change, in particular, is a controversial topic. Citizens are constantly encouraged to reduce their carbon footprint, use reusable bags and beverage containers, carpool, save water and electricity, recycle, and more in attempt to help the environment. The differences that we make have the potential to bring forth a greener future. Under these circumstances, author Ernest Callenbach decided to create a utopian society in his novel, Ecotopia, which focuses on an ecologically friendly country where citizens live in harmony with the environment.

UTM offers the course Literature and Environmental Criticism, ENG259, which allows students to develop an ecocritical lens towards literature. The course explores various novels, in which the narrative interacts with the environment. One novel in particular is Callenbach’s Ecotopia.

Published in 1975, Ecotopia is set in a fictional country that gained independence by breaking from the United States of America. Ecotopia formed when northern California, Oregon, and Washington broke apart to establish an ecologically friendly nation, which allows humanity and the environment to live in a state of equilibrium. The novel follows an American journalist, William Weston, who travels to Ecotopia on business and reports his experience to the New York Times-Post.

The narrative is written in first-person and follows William’s published columns for the newspaper. At the same time, the novel alternates into his diary, which is noted by the use of italics and incorporates his personal thoughts and experiences. William aims to report, in an objective manner, the lifestyles and laws of Ecotopian’s. Readers learn about Ecotopia’s energy-efficient cities, tree worship, and women-lead governments.

Ecotopians live in a “stable-state” ecosystem and do not produce or use any material that will harm the environment. The country has eliminated the use of individual cars, and citizens use public transport to get around. They also use biodegradable materials, such as wood, so decomposed elements don’t harm the ecosystem.

Throughout the novel, William reports on the various aspects of Ecotopian life. He begins his reports with his experience of crossing the border to enter Ecotopia. William investigates Ecotopia’s economy, population decline, children’s education, solar energy use and more.

William is unimpressed by the citizens and finds their blunt personalities bizarre. Ecotopian’s live a lifestyle of self-expression and openly disclose their emotions to strangers—a social characteristic that William is not fond of. Also, he finds their environmentally-friendly clothing to be aesthetically unpleasing. However, William meets an Ecotopian woman, Marissa, and is enticed by her personality and sexual freedom. The two form a relationship together, as William mentally compares Marissa to Francine and Pat, the women he has back home.

As the novel progresses, William’s reports outline the operations of the nation and how they remain environmentally friendly. Readers learn of a futuristic and utopian lifestyle which betters the planet.

If you’re interested in being submerged into an ecologically friendly nation and William’s life, pick up a copy of Ecotopia.