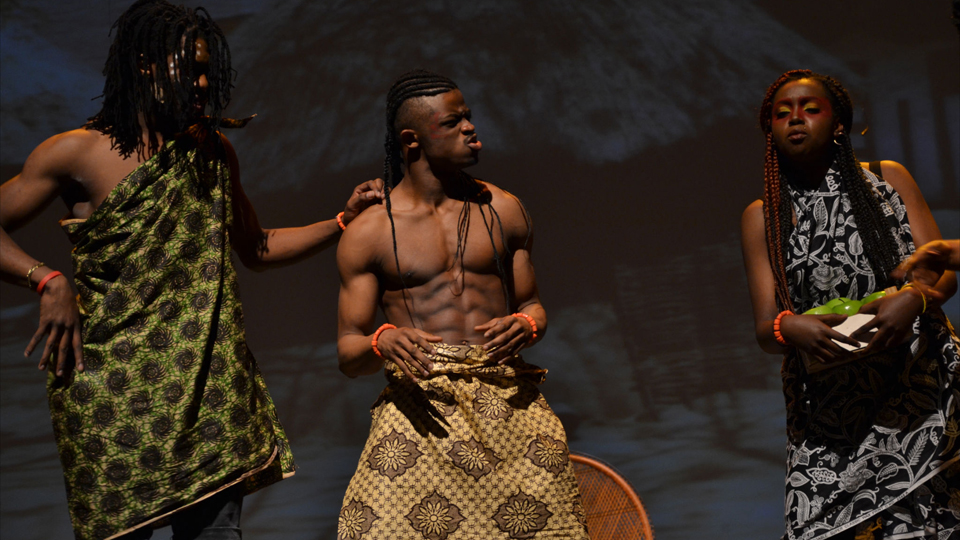 Wakati translates to “time” in Swahili, and for this year’s Sync-Afrique extravaganza, the Erindale Campus African Students Association promised to take us on a “journey through time”. And boy, did they deliver! After getting home from ECASA’s fifth annual Sync-Afrique performance, I fell asleep in awe of the fact that a group of students could singlehandedly put together what amounted to a professional performance.

It’s hard to describe exactly what Sync-Afrique is. ECASA’s website describes it as “the biggest African cultural show in the city of Mississauga. It serves as a platform for showcasing and channelling talent, professionalism, skill, and energy towards the preservation of African culture and the exposure of individuals to the richness of Africa.” Think a multifaceted performance incorporating song, dance, fashion, and drama. Beginning in September, ECASA’s members started working on the show’s concept, the design of costumes (which are hand-sewn), the writing of scripts, the composing of original choreography, and so on. Keep in mind that most of these students have never had professional training in performance art, but were still able to deliver a three-and-a-half-hour show at the Living Arts Centre.

When I walked in through the doors of the Living Arts Centre on Friday night, I found myself in a heaven of glamorous African style. Chic, elegant ladies in flowing dresses of every colour known to man floated smoothly on 12-inch heels, gaily conversing with tall, handsome men in suits, ties, and leather or suede shoes. This was promoted as a red carpet event, and while my inner reticent Canadian had me meekly standing off to the side, I observed UTM students boldly strutting the carpet, taking photos of each other against a backdrop of sponsor logos. I even noticed the building’s custodians gaping open-mouthed in amazement.

The show began promptly at seven, with Gbemisola Shogo as the MC. She has the same smoky voice as Jully Black, and after giving us a little intro to the theme of wakati, the dramatic component began. Following the foot-tapping and hand-clapping theme song with the catchy refrain of “Africa-wakati”, things started happening pretty quickly. The storyline is quite simple; it is its delivery that is entertaining and emotionally involving. In the African kingdom of Thema, King Akida and his people are rejoicing in the good life. “The gods have favoured us, our grounds spring forth with harvest, the skies have showered on us the blessings of rain,” says the king, before announcing “a dance offering to the gods”. The choreography was flawless; the dancers were completely in sync with one another. But all does not stay well for long… Soon comes the arrival of the white man. Two, to be exact, who strike a deal with King Akida to take some of his people back home to “learn the ways of our culture”. The king agrees, tearful goodbyes ensue, and a 20-minute intermission follows.

The style of acting presented in the show is best described as histrionic, with every event exaggerated almost to the absurd. Irony pervades even the more serious scenes (like a husband chastising his wife for only bearing him two children), with Mensah, the village fool, played to the extreme by the very talented David Amos, keeping the audience gripping their sides in laughter with very few breaks for relief.

Part two of the show began with Tarantino-style violence as slave master Sir Calvin William Candie is seen beating and humiliating the people of Thema, who are learning the white man’s culture by working the fields dawn to dusk. Beatings, shootings, and various humiliations end when one of the slaves escapes, presumably stows away on a ship and travels across the ocean, and finds his way to King Akida to disabuse him of his illusions about the white man’s true intent. This is where the only perceptible weakness of the entire show crept in. Its first part was humour-driven and hyperbolic to the extreme, while the second part made a sudden switch to heartstring-tugging drama. The resolution of this dialectic came about in a not too smooth, somewhat cheesy fight scene between the white colonialists and the people of Thema, followed by an emotional dance of the slaves. There were projected images of Desmond Tutu and Malcolm X talking about the importance of freedom, with the escaped slave’s cry of “Violence is not the answer” concluding a somewhat cliché interpretation of history. Think of Toussaint L’Ouverture, the 1963 battle for Birmingham, Malcolm X, and where we would be without such people and events. But what redeemed this segment of the show was a truly uplifting rendition of Michael Jackson’s “Earth Song”, which was aptly chosen.

After the drama component wrapped up halfway into the show’s second half, there was a return to lightheartedness, with a fashion show and a number of dance performances. The dapper suits and flowing dresses modelled on stage all incorporated African textile patterns, while the dance pieces were done to club music and featured Much Music-style choreography, though traditional drumming and a sweet saxophone were also incorporated. Everyone left with a desire to party, which was great, since ECASA had organized an afterparty at Famous Nightclub. Asked what she thought of the performance, Taiye Ross replied, “I thought it was great! There’s so much variety in a Sync-Afrique production, and it gives the international students a taste of home.”

The show had more than15 performers in total and no program, so it is impossible for your humble reporter to name some of the more outstanding acts. What I will do instead is acknowledge the production directors in each category, who were responsible for laying the foundations of this year’s show. Fashion show: Faith Ganda and Ngowari Napoleon Pokima; drama: David Amos; music: Orafiri Adoki; choreography: Seyi Akinlade and Nengi Adoki; backstage coordinators: Ejodamen Ilkhariale and Odia Edeawe. Creative director Seyi Akinlade should be proud of his cast, just as I am proud to go to the same school as all of these incredible people. What they are doing for North American awareness of African culture is not to be understated. In a first-world country whose inhabitants often think of “poverty porn” when anyone mentions Africa, ECASA members are changing perceptions and combatting stereotypes through art. And as a fellow artist, I give them a full-hearted standing ovation.