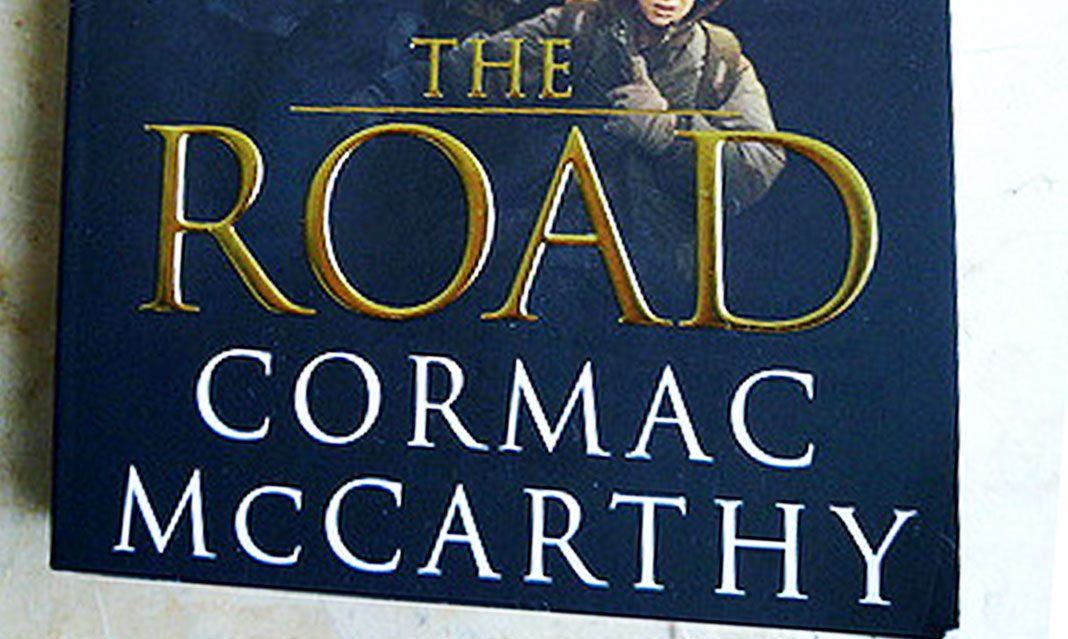 Cormac McCarthy’s The Road is a 2007 Pulitzer Prize winning novel on the syllabus of the Dystopian and Post-Apocalyptic Fiction course (ENG 371) offered by the English program. The book is set in a post-apocalyptic U.S. A desolate wasteland covered in ash, fallen trees, and human remains. Littered with the materials of a world gone forever, and haunted by the memory of that world, a father protects his son. This book follows their aimless journey and the horrors they witness. The boy will see infants roasting over pit fire, he will be held hostage while his father murders a man, and he will hold a gun with a single bullet saved for himself.

McCarthy writes small moments of beauty that break up these horrors. A shared can of Coca-Cola, a paradise bunker stocked with food where they sleep for days, a moment of generosity and compassion when the boy offers what little food they have to a stranger sitting in the road. This boy becomes a walking beacon of hope in a broken world. He is a spiritual saviour presented as “the last god on the road.”

The story becomes an issue of survival not from the outside world but from the self. The question lingers in the air, “Is life worth living?” McCarthy presents the decay of a hopeless mentality in this post-apocalyptic wasteland and sets these two characters in the middle of it as humanity’s possible redemption. Here, McCarthy touches on an important and sensitive issue. What keeps the man from killing himself? What keeps the boy from killing himself? What makes life worth living? This is the pervading thought McCarthy leaves the reader with.

In the book, it is people that keep each other alive. He positions humanity as both the cause of their destruction and their only hope for salvation. The man lives for his son and the son lives for all of humanity. Even when faced with rape, and torture, and being eaten alive, there is a part of their minds that would rather face that possibility than end their own lives because of their hope for other people. While the man is afraid of connections, the boy craves contact with humanity. The reader begins to see a world not so different from their own.