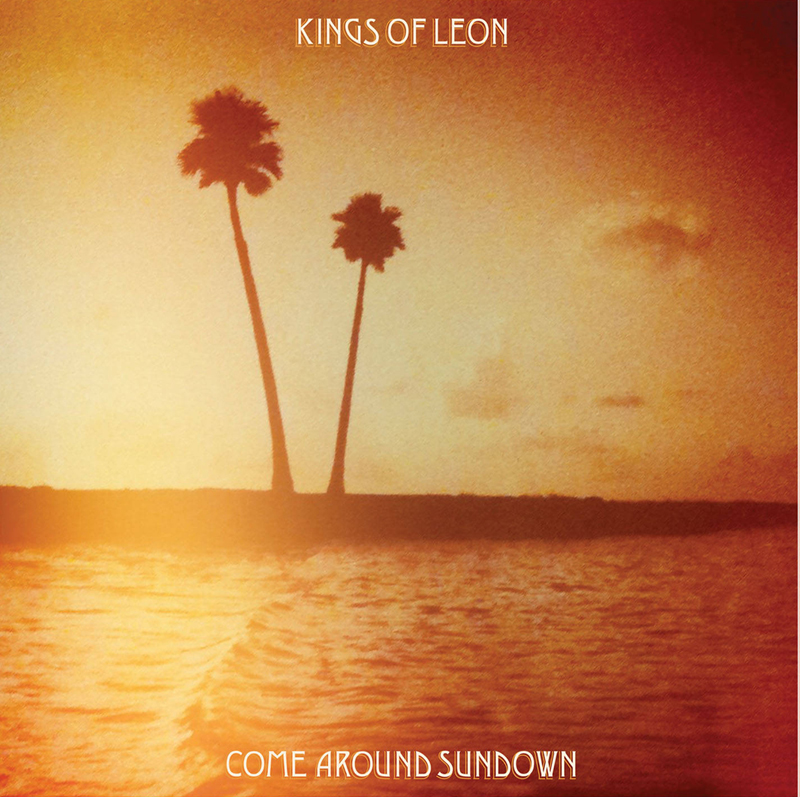 With the sheer volume of music available online and the declining album sales of the past decade,  rock bands might just become a thing of the past. Yet acts like Coldplay and The Killers managed to carve spots for themselves in the public consciousness, and judging by Kings of Leon’s latest album, Come Around Sundown, they seem to be the newest band vying for cultural omnipresence.

Composed of the three Followill brothers and their cousin, the band released their debut full-length album, Youth and Young Manhood, in 2003. But they didn’t get their first taste of fame until 2006, when their third album, Because of the Times, became a hit in the United Kingdom.

American fans were slower to catch on, and their domestic success didn’t come until the release of their following album, 2008’s Only by the Night. The album spawned two huge singles—“Sex on Fire” and “Use Somebody”—which helped to launch the Followills into the mainstream. Although Kings of Leon earned a throng of new fans, accusations of “selling out” ran rampant, and the band received considerable backlash from some critics.

Since each of their albums has been progressively more accessible, it’s no surprise that Come Around Sundown is the farthest deviation from the band’s early work. They clearly aren’t shying away from their new, anthem-friendly sound, and the first few tracks on the album have good hit potential.

The album’s first single, “Radioactive”, is full of Kings of Leon’s signature guitar stutters and crash cymbal, and Caleb Followill turns in a typically passionate vocal performance. Whether or not you like this style is another matter, but the band plays to their advantages to put forth an appropriately grandiose first single.

The production value on Come Around Sundown gives it a sheen that may turn some listeners off, but it fits well with the band’s more pop-influenced sound. Jared Followill’s bass plays a more prominent role than usual and, being so prominent in the mix, it propels tracks like “The End” and “Mary”.

Those two tracks, along with “Radioactive” and the atmospheric “Pyro”, make for a spirited opening to the album. But unfortunately, Come Around Sundown begins to slow down around the midpoint. “Back Down South” adds some slow-burning twang which is nice, but it’s immediately followed by “Beach Side”, a mid-tempo, tuneless ditty. “Pony Up” and “Birthday” sound like the same overly jaunty song twice in a row, and both feature equally generic lyrics; “I got a razor sharp mind that wants to cut you down,” Caleb sings on the former.

Obviously the band won’t return to the unpolished, less marketable sound of their first couple of albums anytime soon, but if they’re going to play rock stars, they should take it all the way. They seem to be limiting the amount of arena-ready anthems in order to keep some semblance of credibility, but they’d do better to embrace their mainstream capabilities, since the mid-tempo pulp that they settle for on some of the album’s later tracks likely won’t excite old or new fans.

Come Around Sundown isn’t a bad album, and to be fair, the band could have gone much farther askew after their initial taste of mainstream success. In the end, the album seems like a logical musical evolution for a band on the brink of superstardom, for better or for worse.