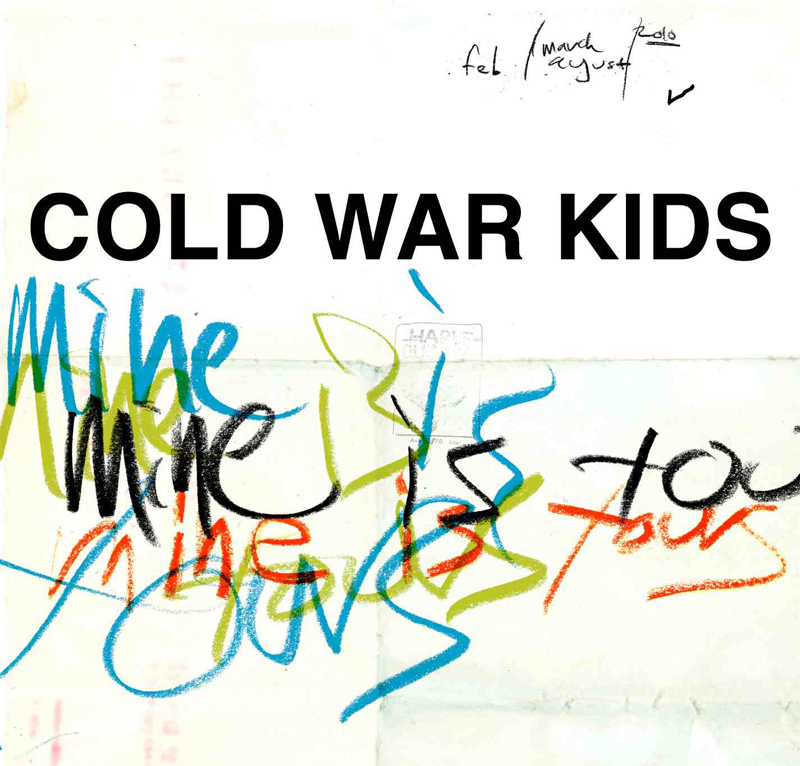 They say “third time’s the charm”, but is it really, in this case? Cold War Kids released their third album on January 25, and critics are not too fond of what the band has become. The album is undeniably different from what the band is known for, as the sound has shifted completely from their last two albums. Mine Is Yours sounds very little like the bluesy rock sound that Cold War Kids once was, and the band returns with a more mature, calmer, and classier feel. It seems like all the songs tell a similar story of struggle and emotion, in which they portray strong, serious feelings that are all written and derived by front man

“Mine Is Yours”, the first song on the record, offers a sample of what is ahead on the rest of the album. The words about loss of love and acceptance are part of a recurring theme in this song, and most of the others. The mood is mellow and the words are true, but nothing extraordinary catches the ear.

“Royal Blue” is the song that is most relatable to Willet. In previous albums, Willet sang in third-person perspectives, but he decided to shift them to his own on this album. In recent interviews he stated that he wrote these lyrics to connect with the listeners, and essentially reveal himself and his personal experiences. The use of the word “I” in “Royal Blue” is Willet’s expression of his own feelings of truth and questions of existence.

“Bulldozer” and “Louder than Ever” continue on the path of deep emotion, conveying heartbreak and broken relationships. Some may relate to the music because of its miserable feel, so it can prove comforting to some listeners. On the contrary, I view these written words by Willet as very gloomy lyrical vomit.

Mine Is Yours is filled with tedious, repetitive, and overly lengthy tunes that are all essentially depressing. In comparison to the music Cold War Kids has produced in the past, this album takes itself too seriously. It is a diary of sadness, with the same message being sent out in different words as each song passes. The band’s goal was to produce a record that was relatable and real, and they managed to do this. But aside from that, this record comes across as nothing but disappointing and dull.              ★★