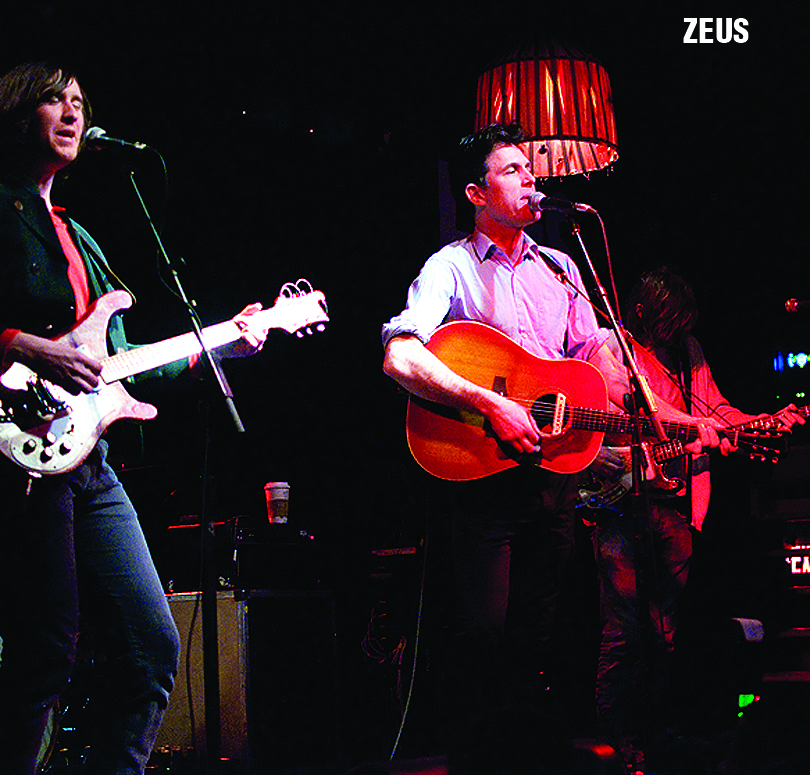 The lineup at this year’s Canadian Music Fest wasn’t spectacular. Still, I was excited to review a few headliners and some undiscovered talent. The excitement, however, was eschewed from the start. Read on to get the full story.

7:30 PM
Joined by a friend, The Medium’s photography editor Matthew Filipowich and I made our way to Lee’s for the first act of our two-stop journey that night, where we met a sizeable line of concert goers waving tickets around, flashing media and performer passes and twirling wristbands. Ah, the wristband—“700 artists, 45 clubs, five nights, one wristband” was CMW’s emphatic slogan. We soon learned that the slogan had absolutely no merit.
Security wasted no time in separating ticket and pass holders from wristband holders. The former gained immediate entry; the latter were forced to remain in line. To many, the wristband seemed like the logical choice: it promised that holders would pay no cover at virtually any show. I understand that the smaller venues like Lee’s are subject to capacity—no problem. But the “limited wristbands accepted” policy shouldn’t matter if one arrives early.

8:45 PM
We waited as the first few wristbanders slipped in over the course of the last hour, allowing our friend to get to the second place in line and renewing the prospect of getting past security. Yet our constant appeals to the burly guys were in vain—their only answer was “later.”
Matt and I finally decided to make our way in for fear of also being denied entry. Even a few unfortunate media pass holders were turned away, our friend later told us (she didn’t get in). The question is, why? For a music festival that seemed to pride itself in offering of an “all-week, all-access” wristband to any showcase for a set fee of $60, it was not much of an elusive item after all. The bouncers claimed the venue was at full capacity, yet there was easily enough room to fit at least another 25 screwed-over wristband holders. Strike one.
9:10 PM
Initially slated to start at 8 PM, the show got underway an hour later. As part of the revue concept, all three acts simultaneously came on stage and began playing each others’ songs. Jason Collett’s drunken falsetto, Zeus’ constant knocking over of lamp shades with their skillfully-played guitars and Bahamas’ “sweet, sweet sound,” as described by Zeus’ keyboardist, were just a few of the showcase’s highlights (for more in depth-coverage, refer to the main review of the Bonfire Ball Revue).

10:45 PM
Trying our best to get to The Phoenix before Cage the Elephant was set to take the stage at 11, we seemingly made it just in time. Yet quite a number of people were heading in the opposite direction and as we approached security, we were told that the concert was over. A few other equally shocked people argued that they had tickets for the show and demanded to know how it could be over when Cage The Elephant wasn’t even supposed to have taken the stage yet. It turned out that one of the opening bands had problems crossing the border and the venue nonchalantly decided to push the headlining band’s performance up by over an hour. Strike two. 11:15 AM
Slash is one of those guys one might be expected to show up an hour late, yet the rock legend promptly strolled out with his signature hat and shades. Among the crowd was Canadian heavy metal band Anvil, whose autobiography features a foreword by the former Guns N’ Roses guitarist. Joined by interviewers and CNN news anchor Kyra Phillips and John Roberts, a UTM alumnus whose journalism career began at UTM’s own CFRE Radio, Slash at first seemed shy and detached as camera lights flashed at him. He eventually grew comfortable, delivering anecdotes and cleverly playing off many of Phillips’ sometimes strange inquiries.
When Roberts asked him why the sight of a guitar still turns him on, Slash answered: “It’s the same reason that girls still turn me on, and cars.” Phillips cut him off to ask how his wife, Perla, dealt with that. Slash’s reply? “She loves it. We keep a guitar at the end of the bed in case I need some inspiration,” As fans roared with laughter, Phillips pressed Slash further, asking him what he meant. ”It was a quick joke, you don’t have to dwell on it,” replied Slash drily.
Slash said he still gets that surge of excitement when he opens a guitar case, despite owning over 100 guitars. One of his best acquisitions was a 1959 Les Paul from Aerosmith’s Joe Perry for $8,000, which in today’s market is worth around $1,000,000. Slash gave the guitar back to Perry ten years later as a birthday present. “It was a nice gesture, but it’s put a huge dent in my collection,” he said as he laughed.
Slash’s past drug addictions and substance abuse also arose. “You get to a point where you’re like, ‘This isn’t fun anymore.’ You know, it’s excess after excess after excess, and you think about quitting but you have a really hard time doing it, and when Perla announced that she was pregnant, I was loaded on oxycontin and out of my mind high that night and she told me as I was walking out the door, so when I came back I was like, ‘OK, it’s time to take care of this issue,’ which I did up until about three and a half years ago.”
Slash’s new solo album, on which he collaborated with Ozzy Osbourne, Kid Rock, Fergie, and Maroon 5’s Adam Levine, comes out on April 6.
“It was very liberating making this record because I got to be the captain of my own ship. I would write the music and think about who would be the right singer for that particular piece of music, and whoever’s name would come up, I would sort of muster up the nerve to contact them and you’ve got your fingers crossed to see if they’ll accept the offer,” Slash recalled, “but I was really fortunate and they were all really welcoming.”
Day 3 – Friday, March 12
On the Bill – Bedouin Soundclash @ The Mod Club; URartists Showcase @ The Great Hall

8:50 PM
On yet another rainy night, I set out with the hope of catching one of Canada’s best acts, Bedouin Soundclash. I mindlessly flashed my media pass at security. They said they weren’t letting in any more wristband or pass holders. I tried reasoning with one particularly large man (Bedouin probably still hadn’t taken the stage), but he insisted that the venue was at full capacity. When three people exited I again approached the guard. I said that the venue clearly wasn’t at full capacity any more, but he got aggressive. “You’re starting to piss me off,” he snarled.
With this year’s incredibly rude security and the lack of organization with the week’s shows, I found it hard to be even remotely satisfied with either of the showcases I had previously attended. Strike three, you’re out, CMW.

9:30 PM
To make things worse, the line-up for a Friday night was pathetic. I decided to make my second and last stop at The Great Hall on Queen Street for a free showcase of relatively obscure bands. Their energy and stage presence turned out to be refreshing, and made the showcase a surprisingly impressive night of music. The bands included Julie C, Crush Luther, Organ Thieves, Tailor Made Fable and A Friend in London. The most memorable acts included the somewhat more mainstream Isle of Thieves and AM Glory. Isle of Thieves revved up the crowd and got them clapping and dancing (a fan kept bowing to the band at every chance he got). AM Glory also put on a spectacle as their frontman played his guitar behind his head and spun it around as he moved back and forth across the stage. The Great Hall is a fantastic two-floor venue, spacious and majestic like Massey Hall, yet retains a certain youthfulness under the dim red lights and large floor space that make it one of Toronto’s best unknown venues.