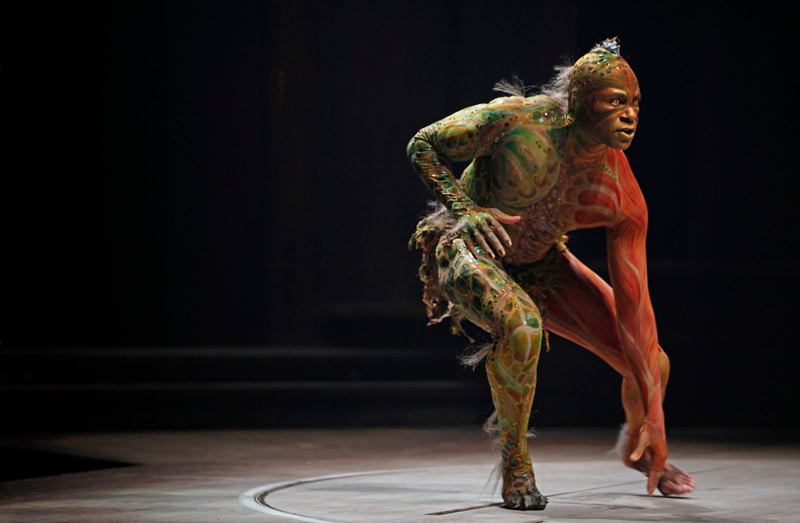 This past summer, The Tempest was a big hit at the Stratford Shakespeare Festival; it was so successful that it was recently picked up by Cineplex for an exclusive screening on November 6, followed by two encore screenings on November 10 and 14.

Filmed during a live performance, the play begins with Antonio, Gonzalo, Alonso, Ferdinand, and Sebastian on the deck of their ship, sailing through the eye of a storm with thunder and lightning striking all around. Ferdinand gets ejected from the boat and is presumed lost and drowned by the survivors.

The next scene shows Prospero (Christopher Plummer) and his daughter Miranda, discussing how she must wait for the arrival of a man who has braved the storm of the sea, and who has overcome his own trials in order to ask for Miranda’s hand in marriage. Prospero created the storm in order to throw Ferdinand—the Prince of Naples—from the boat and to swim to the island, of which he is the grand wizard that commands all of the elements around him. (A wind spirit named Ariel must obey the command of Prospero in order to receive its own eventual release from its master’s grasp.) Prospero was denied his title as the duke of Milan by the seemingly captured journeymen, and they are unaware that they eventually become marooned on his island. Caliban, his half-fish, half-human servant, befriends two weary travellers and tries to persuade them into killing Prospero so that he too can earn his freedom. At the end of the play… well, you’ll just have to see it for yourself!

“The Lightning has struck. Enjoy the sublime illumination. This is the funniest production of The Tempest you will ever see,” said The Toronto  Star.

Being a nerdy English student on a student budget, I was excited to hear that I could see a play like The Tempest for $20 at the local theatre instead of shelling out hundreds to go see it live. Don’t get me wrong, live is infinitely better. Many film critics were sceptical about the release of a play on the big screen, and their scepticism is justified. Many things could go wrong with the taping of a play; the lighting could be wrong, the actors could be turned away from the camera (as they perform to the audience, not the camera) and the intrusiveness of the multiple cameras could throw off the actors. In reality, the production fit perfectly within the venue of cinema. Christopher Plummer, being a professional Hollywood actor and an active player in contemporary Shakespearean theatre, adds a level of professionalism that may not have been as resonant with a different actor as the lead.

The Stratford Theatre, in southern Ontario, was first established in 1832 and was part of the county of Perth. The theatre’s namesake, English village Stratford-upon-Avon, was the birthplace of William Shakespeare.

In an interview with The Globe and Mail, Plummer said, “I hate, for the most part, filmed stage productions. It puts a barrier between the audience immediately, so I’ve shied away most of my life from this sort of thing. I haven’t seen the finished product of The Tempest, but I saw the rough cut and I think it also works there.”

Plummer was born in 1929 in Toronto, Ontario, and started his acting career in 1953, when he played a minor role in the TV series Studio One. His first big movie debut occurred in 1958, when he played Joe Sheridan in the movie Stage Struck. Some of his newer roles include parts in A Beautiful Mind, The Lake House, and Syriana, with voice acting in the animated films Up and 9.

Plummer tends to favour the roles of evil characters, and he has been quoted for his belief that “the devil is more interesting than God”.

If you’re interested in Shakespearean theatre, or are just curious about The Tempest in general, don’t fret; this filmed play will be broadcast on Bravo! in early spring 2011.