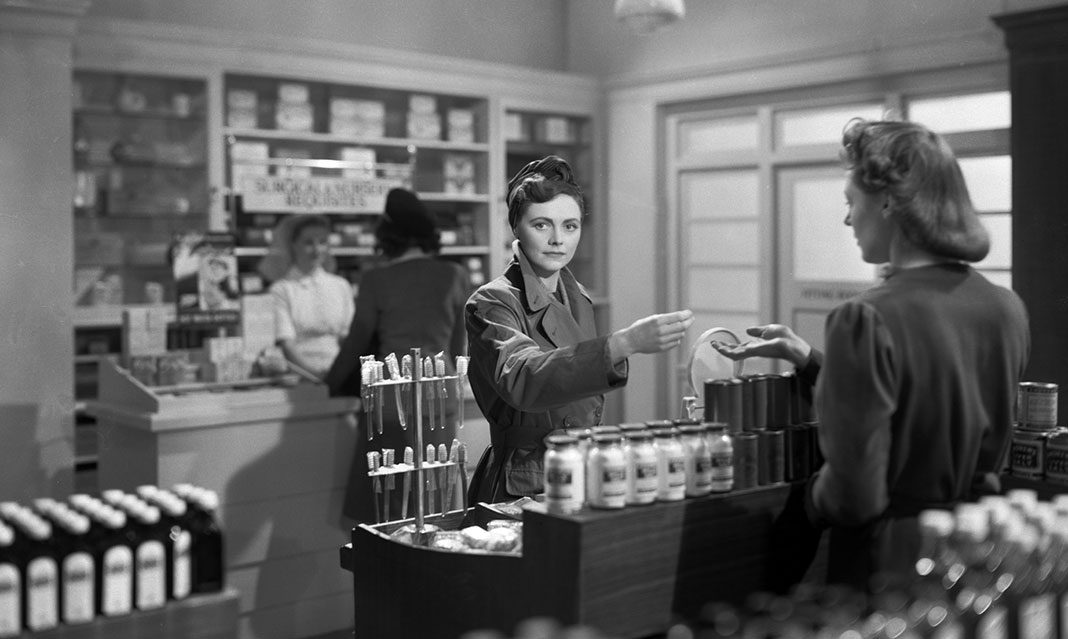 Brief Encounter (1945), directed by David Lean, gives a glimpse into a short and ill-fated relationship. Set in 1938, Laura Jesson (Celia Johnson) is a British suburban housewife. Jesson goes into town every Thursday by train to shop as an escape to her mundane life. At the train station, she meets the married Alec Harvey (Trevor Howard), a doctor.

The next Thursday, the two meet again on the street by chance and have lunch. They end up spending the day together before going back home to their families and continue to meet weekly. Realizing the feelings they have for each other are forbidden, they grapple with their new-found affection.

The film cleverly begins at Jesson and Harvey’s last encounter. As an internal monologue, Jesson narrates the story of their doomed relationship while she sits at home with her husband. This narrative structure brings a sense of urgency to their fleeting affair, with tension growing as the story of the relationship ending unravels.

This gives a nod to the simplicity of the plot; this short relationship has no lasting effect on the world. The performances by Johnson and Howard is what makes the film so enthralling. The passion and sorrow they convey makes the story feel so much bigger than it is.

Jesson struggles with being stuck between her family and new love, and this is what I find most interesting. She constantly questions herself and what her feelings tell her. In one instance in her narration, as she looks on at her husband, she explains that she should appreciate her happy family. Despite this, she continues to see Harvey. She is conflicted in her feelings and the independence she has every Thursday. Jesson’s inner conflict and the way the relationship ends is incredibly poignant when reflecting on a woman’s place in society pre-WWII.

The black-and-white cinematography paired with production design is stunning. Many of Jessen and Harvey’s moments of affection take place in the smoke-filled train station where their affair goes unnoticed from other passengers. It adds a feeling of secrecy to the plot and allows the two characters to express their true feelings.

Lean is best known for his colossal epics like Lawrence of Arabia (1962) and Doctor Zhivago (1965), but the small-scale intimacy of Brief Encounter gives an insightful look at a different side of the iconic filmmaker.