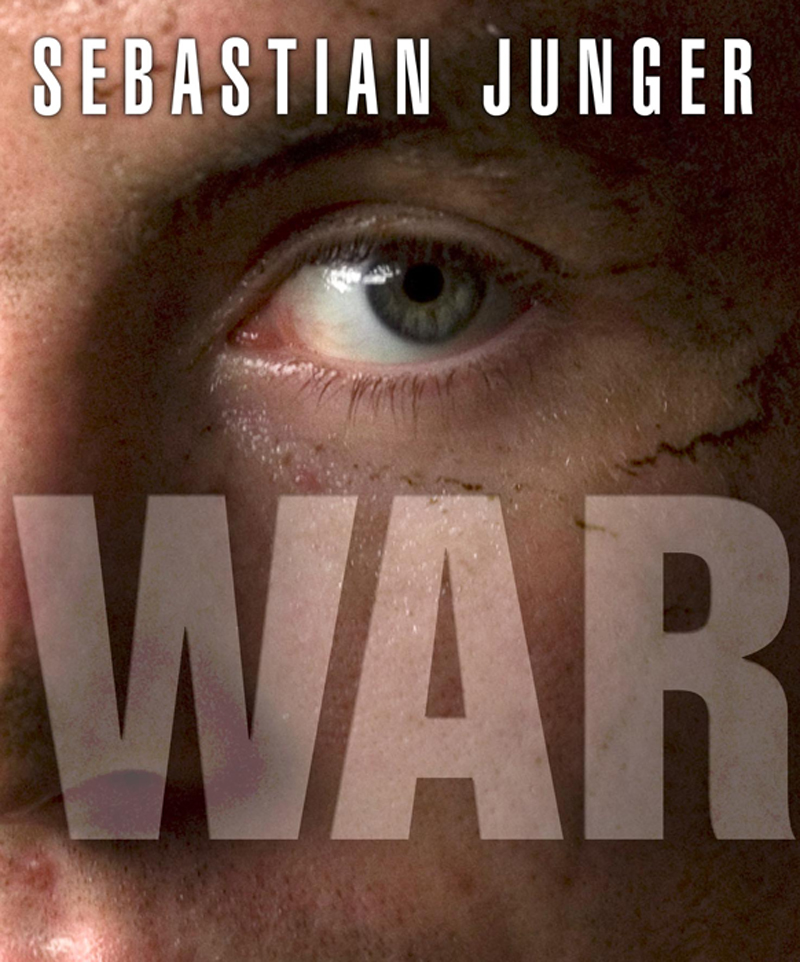 Sebastian Junger, bestselling author of The Perfect Storm, produced another enthralling blend of journalism and storytelling in his latest bestseller, War. He expands upon the articles he wrote for Vanity Fair and the documentary he produced called Restrepo, in order to record the experiences of the time he spend in Korengal Valley in eastern Afghanistan with the 173rd Airborne Brigade Combat Team.

Coming from a civilian situated with the platoon for months at a time, and with no oversight or censorship from the military, this is the reality of the Afghan war which is seldom seen or heard. Most of us are comfortably ignorant of what men and women go through in Afghanistan and Iraq. This book takes you out of your comfort zone with the bare and simple truth of modern warfare.

When Junger chose to write a book about the war in Afghanistan, he also made the choice to spend months at a time in the most dangerous American outpost in Afghanistan. The “Battle Company” has the highest casualty rate in the army and sees the most combat. This fact is made clearer and clearer as people that we get to know and like start dying. Junger accompanies the Battle Company in their missions and his position as an outsider looking in is what makes his writing so memorable. He shares an uneasy camaraderie with the soldiers he is embedded with. As he experiences the terror of combat, the difference between trained soldiers and civilians becomes abundantly clear. Junger analyzes the psychological aspects of these differences throughout the book with historical and scholarly evidence, making this much more than a memoir.

However, the action-packed situations described in the book are not the most haunting parts. The deepest and the most heart-wrenching moments are in the everyday conversations between Junger and the soldiers. These conversations reveal more and more about the men who fight and the toll it takes on them. They reveal men who revel in the danger and are addicted to the adrenaline rush that combat offers. At one point, one of the soldiers actually prays for an attack to escape the boredom and relative safety that their base offered. It is a thought that is alien to most of us. At the same time, these are men who are more worried about the lives of others than their own. Their biggest fear is that they make a mistake that endangers the rest of the platoon. They embody the kind of selflessness that is the emblemizes heroism. These soldiers are a mixture of contradictions that can only be produced by the harrowing 15-month deployment that Junger describes and experiences.

The most impressive feature of the book remains Junger’s complete refusal to politicize the experience. He refuses to demean the sacrifice of these soldiers by polarizing the narrative in any way. This book looks at modern warfare through the eyes of an innocent who sees the worst of it. He does not downplay the importance of the loss of life by debating why we fight, nor does he pass judgment on who is the antagonist in the conflict. As I read the book I remembered a quote by journalist and author Chris Hedges: “The rush of battle is often a potent and lethal addiction, for war is a drug.” In War, Junger shares the experience of menwho are addicted to it, without the glamour and the politics.