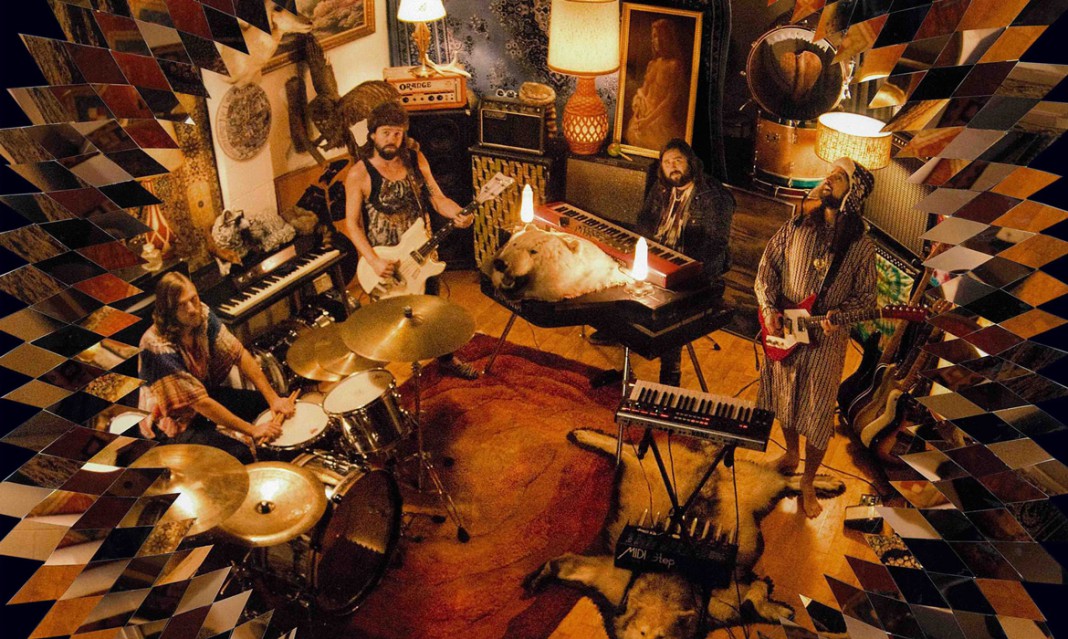 As soon as I opened the envelope containing the Medium’s copy of Bend Sinister’s Animals, I knew this album had to be reviewed. A gaudy ode to taxidermy, beards, and redneck culture in general, I assumed the album cover was meant to be taken ironically, but I still felt compelled to listen to Animals just to be sure.

Indeed, Bend Sinister is very much in on the joke. But while their sound is gleefully incongruous to the album’s cover, that doesn’t mean it’s not over the top in its own way. For example, the album opens with an eight and a half–minute opus, “Best of You”, which should tell you a lot about Bend Sinister’s approach to making music. Starting with an extended piano- and electric guitar–driven instrumental intro, the song plays out like a would-be “Bohemian Rhapsody”, alternating between moments of soaring guitar and intensely earnest introspection from vocalist Daniel Moxon.

In fact, the influence of Queen is strong throughout the whole album, and Moxon often comes across sounding like an emo Freddie Mercury. He’s got an undeniably commanding voice, and while the music here is sometimes ridiculously bombastic, he sings with the conviction and power of a man who believes every overwrought word he says.

But while some of the early tracks are kind of delightful in their exuberance, the band’s “more is more” aesthetic begins to wear out its welcome by the album’s second half. The overly long “Teacher” packs in a few too many frantic guitar licks to be enjoyed, and the overall commitment to classic rock swagger begins to outpace the actual songwriting skill on hand.

If you like the nostalgia rock of recent acts like Wolfmother or the Darkness, Bend Sinister may be worth a look, but otherwise, Animals feels like a competent but overblown ode to better music that came before it.