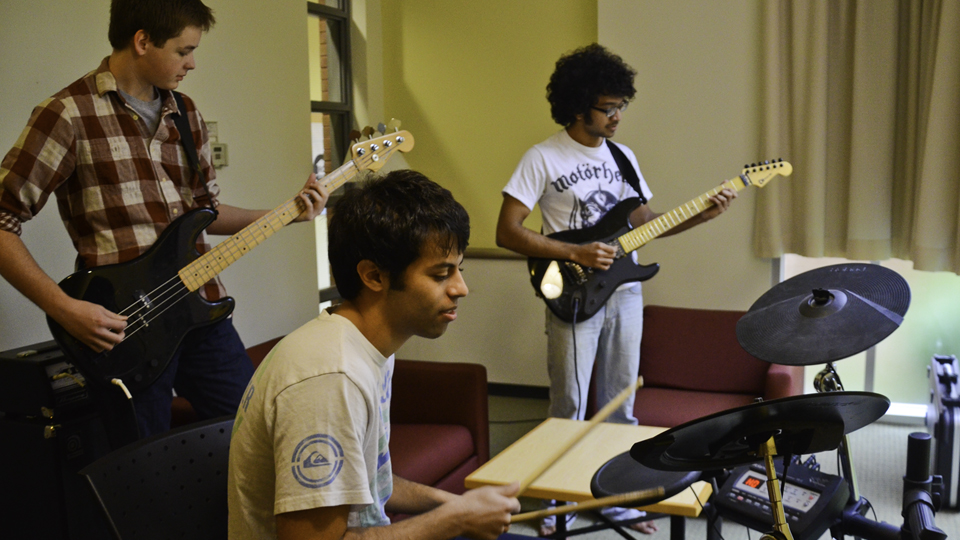 The transition from stage to studio can be intimidating for those who have never set foot in one. Even  established musicians can get studio fright. You might even wonder what the point is of recording albums when people aren’t buying CDs, and  instead just downloading music for free. If there’s little or no money in it for the musician, why bother spending the time and cash on recording?

There are many good reasons. Some venues will only book your band if you have a CD or a website with your music, so they can estimate whether it’ll bring people into their venue. The fans you earn from playing these shows could support you by buying a physical copy of your music, or at least downloading it on iTunes. You also need a  recording to be played on a radio station, and it makes it easier to share it with someone who could get you  a record deal. It’s very easy to distribute your music widely once you have a recording, especially over the Internet. But what’s the best way to approach recording?

Music recording technology has improved a lot in the past few years, and it’s showing no signs of slowing down. These days you can pop into the nearest music store and buy fairly good recording gear that won’t break the bank. But there’s still no guarantee that your recordings will be of the same quality as a professional recording studio’s. Music production and recording engineering is a craft in itself, just as playing the instrument itself drums is an art people spend years perfecting. You can’t just pick up the equipment and effortlessly make something that sounds good.

The first step in recording your music is researching the equipment you want. Good equipment can be expensive, and some gear can cost almost as much as a new car—although as technology has improved, so has the more affordable equipment. Should you decide that music production isn’t for you, it might be best to check out studios instead.

You shouldn’t necessarily record everything at the same studio. You might want to get just your drums recorded at a first-rate studio that has the proper room and the good microphones and preamps to do them right. You can then get the other instruments recorded at a budget studio to save some cash.

After the recording itself is done, it has to be mixed and mastered. Every recording studio should be able to mix music, but the choice depends on your budget; bigger studios with more gear will charge more for mixing. Smaller studios will be cheaper, but will probably be using plugins (digital versions of compressors, equalizers, and other engineering toys to make your songs sound awesome) rather than high-quality equipment. Most studio list what plugins they own if they’re worth mentioning. Nothing is wrong with using plugins, but they can’t always get the same effect as the real thing.

The same applies to mastering, but keep in mind that not every studio is actually equipped to master properly. It’s best to go to a studio that is primarily, or even exclusively, used for mastering. The talent of the engineer also varies from studio to studio.

After you’ve got your recordings mixed and mastered and sounding sexy, consider getting them burned  onto CDs. There are tons of options for burning and packaging; most services require a minimum order of 100–200 CDs. If you just want to make a few and you’re not worried about having a fancy jewel case, you can buy blank CDs and burn the tracks yourself from your computer. Of course, don’t neglect the online portion of music distribution; it might even be all you need.

Remember, there are many ways to get your music out there. It’s all about knowing what you want and researching every step of the record-making process.