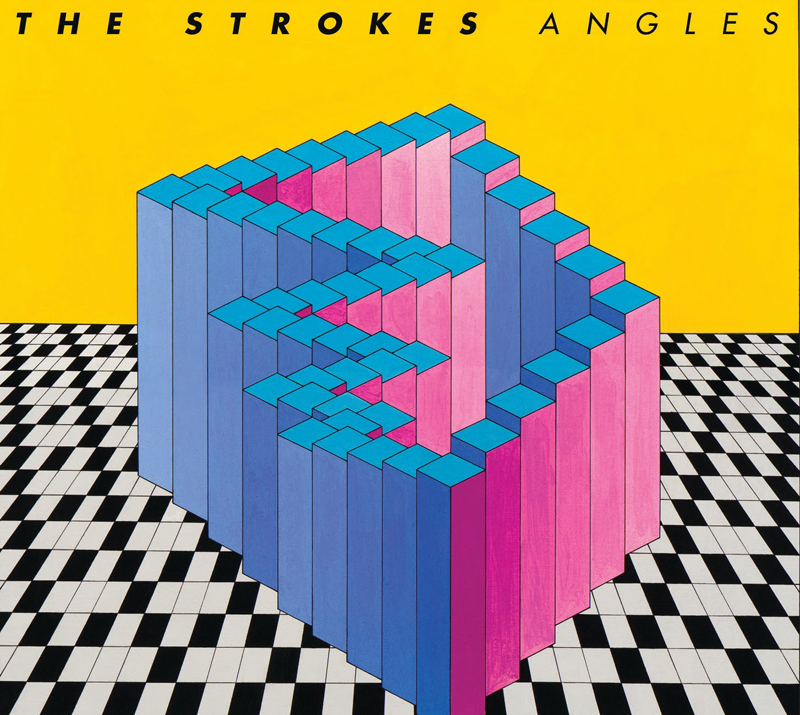 There aren’t many words adequate to describe the intense anticipation that fans of The Strokes have felt for the past few years. When news broke out in late 2010 that The Strokes were back in the studio and soon to be on tour once again, anticipation rose to its ultimate high. But now, the time has finally come to have a listen to the fourth studio album by The Strokes. Entitled Angles, the album leaked all across the Internet about a week prior to its set release date, although the tangible record will be available in stores on Tuesday, March 22.

Not only is Machu Picchu an ancient fortress city in Peru, it is also the title of the opening track on Angles. The song has an ’80s surf feel, and Julian Casablancas’ classic vocals welcome back the world.

The first song, along with the album’s first single, “Under Cover of Darkness”, give us the distinctive catchy melodies for which The Strokes are known. The band does not stray very far from what they knew in 2006 with First Impressions of Earth, and they had no reason to do so after such an overwhelmingly positive response from fans.

Oddly enough, a couple of tunes from The Strokes’ fourth record sound similar to some of Casablancas’ solo work on his debut album, Phrazes for the Young. “Games” has the funky keyboard-driven sound that “11th Dimension” also plays. As well, “Two Kinds of Happiness” closely shadows “Left & Right in the Dark” musically during the ambitious riffed chorus.

The band manages to slow down the pace in a few songs on the record, in a deep and reflective way. For instance, “Call Me Back” offers a slow and intimate pondering with frontman Casablancas’ soft lyrical performance. “Life Is Simple in the Moonlight” was pre-released with “Under Cover of Darkness” and performed on Saturday Night Live a few weeks ago. It wraps up the album well with a mixed feeling of smooth, simple notes and threatening lyrics that conclude, “Don’t try to stop us, get out of the way.”

It is safe to say that Angles was the Ritalin we all needed to calm our anxiety. The album offers us a dose of The Strokes under a little less rough-and-rowdy mentality than their previous albums. The band has returned with a load of positive feedback with this long-awaited album, but the wait isn’t truly over. After all, now all we can do is click “repeat” and wait for Canadian tour dates to be announced…