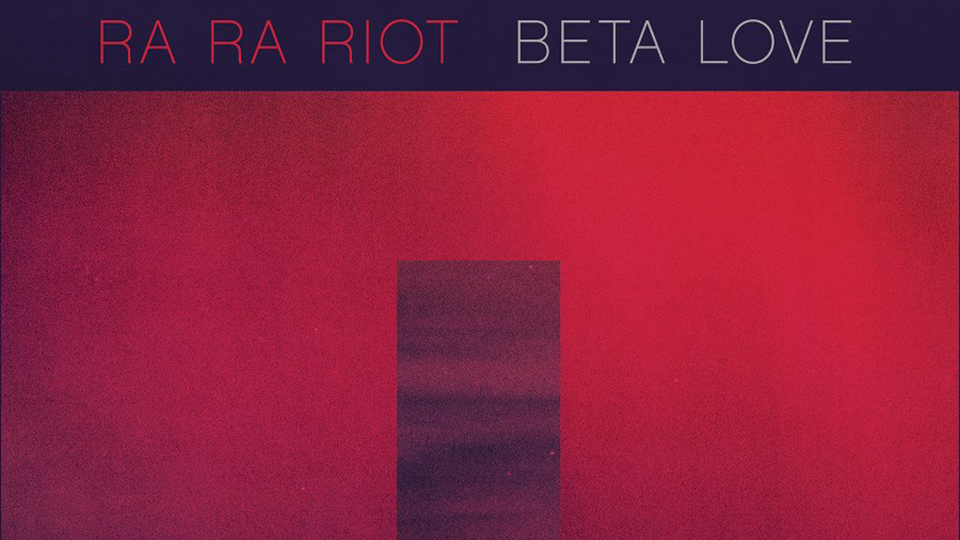 When vocalist Wes Miles and the rest of Ra Ra Riot released their debut album, The Rhumb Line, in 2008, the contrast of the intense strings and Miles’ delicate voice showed a promising band shining brighter than the various other newcomers doing baroque pop. Each song on Rhumb felt well-constructed and cohesive, a pattern that continued on their second album, The Orchard. It didn’t see the same success, but it was still a great follow-up to a pop formula Ra Ra Riot seemed to know and understand well.

It’s with the release of their third album, Beta Love, that Miles and the band choose to take a different direction, trading in their baroque sound for a screechy synth-pop noise meant to get people dancing. The opening track, “Dance with Me”, begins strong, but like many of the tracks on Beta, it feels as if it falls apart before it truly begins.

Everything here sounds familiar in the worst way: a wavering synth line to open the song, a looped beat that hovers throughout the entire piece, a glitzy little breakdown in the middle, and a redundant chorus that bleeds into the verse, until really, you realize these are the only four lines in the entire track.

It’s a sound that’s been done to death by bands before, and done much better by The Killers in 2004 and Passion Pit in 2009. With songs that aren’t upbeat enough to dance to, and not unique enough to find fascinating or appealling to listen to on your own, the album feels null. Ra Ra Riot doesn’t add anything new to the vast number of lesser-known bands doing the same thing on BandCamp, or even MySpace.

Barely anything on here clocks in at longer than three minutes, and for good reason; when the odd song does, it feels too long. While Miles and crew may have hoped the short playback time would create a punchy and concise album, it comes across as an album that just didn’t have enough material to build on. The songs don’t have enough substance.

Nevertheless, there are some redeeming qualities that peek out from behind the synth noise of this mess. “Is It Too Much” is a gentle track that isn’t loud enough to irritate, and while it’s not groundbreaking, it is sweet and beautiful. When the band opts for softer moments that mirror their past work, they succeed, making me wonder: why did they even feel the need to change their sound to begin with?

It’s the old “if it ain’t broke” philosophy that makes Beta Love difficult to listen to. Feeling too long for a short album, not varied enough, and at moments just strange, Beta Love is forgivable; but like an old friend who you feel you just don’t have enough in common with anymore, you’re not going to be too eager to listen to what they have to say. MM½