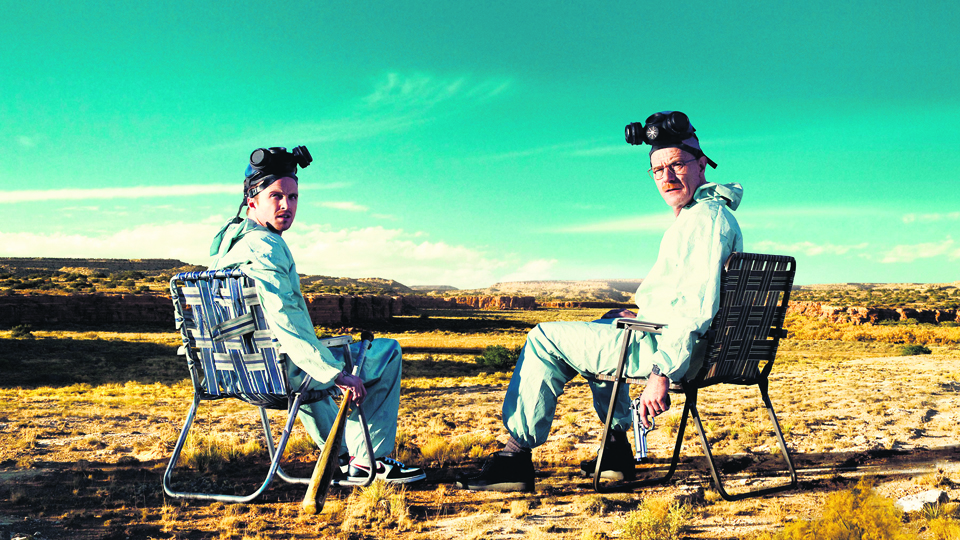 The school bell rang, students were sitting at their desks, and Mr. White’s class had begun. Breaking Bad follows a milquetoast chemistry teacher whose diagnosis of lung cancer leads him to cook crystal meth in order to provide for his family. In the pilot episode of the series, Mr. White explains to his class that chemistry, like life, is a constant cycle: “It’s the study of growth, then decay, then transformation.” We didn’t know it then, but Walter White had already paved his character’s path for the next five seasons.

As the critically acclaimed series (which, in its fifth and final season, has been receiving its highest ratings yet) airs its swansong in the coming week, many have arrived at the realization that the void this show will leave may never be filled. As a skeptic myself, I shudder to think of what life will be like without Breaking Bad on my TV screen. The show has broken the mould of television in multiple ways and leaves behind a lasting legacy that is bound to spawn many unsuccessful imitators.

Vince Gilligan, the series’ creator, intended the character of Walter White to be one of the first characters on television to undergo a transformation from good to bad. As one of the most complex characters in television history, Walter White, played expertly by Bryan Cranston (who has won three consecutive Emmys for the role), deals with conflicting morals throughout the course of the series. He justifies his actions as a means to an end in order to ensure a good life for his wife and kids after he is gone. Gilligan and his team of writers have set trajectories for all of the show’s characters that have been brilliantly portrayed through each character’s calculated development.

With one of the most talented casts on television portraying a group of the most compelling characters of any medium, Breaking Bad has created a world so vivid that fans sometimes have difficulty distinguishing the actors from the roles they play. “Walter White is definitely the most complex character ever seen on [a] television show. His evolution from the boring and suffering schoolteacher to the drug boss Heisenberg is amazing. If you go back and watch the show from season one and come back to where we are today, you have no other choice but to sympathize with the character,” says Isaac Owusu, a UTM alumnus. “For the first time ever in a television show, I feel there’s no consensus on or expectations for a character such as Walter White. I find myself personally hoping that he gets away with everything but if he sees his demise, I’m okay with that.”

Cranston’s accolades have been matched by those of Aaron Paul, who plays his character’s partner-in-crime and former student, Jesse Pinkman, and has won back-to-back Emmys for supporting actor. The editing is also good: the direction and cinematography has meshed a variety of styles and created so many visually appealing and interesting perspectives that audiences have been treated to what is essentially an hour-long movie every Sunday night.

Watching this beautifully crafted story unfold over the course of the past six years has been as anxious and addictive as the product that Heisenberg, Walter White’s alias, cooks. It’s sad to see a show that has accomplished so much fade to black, but at the same time, it’s necessary that it quit while it’s ahead.

In a month that sees everybody’s favourite serial killer, Dexter, also leave the small screen, viewers will be aching to find something to fill the impending void. The solution for many? Re-watch the series from the beginning. “I had a pleasure witnessing the greatest show of the decade play out and cringe to think of the day where Breaking Bad will no longer be a part of my Sunday nights,” says Parmis Goudarzi, a third-year psychology major. “Honestly, no other series can live up to this in my expectations. I will be re-watching the entire series and I look forward to seeing it all again.”