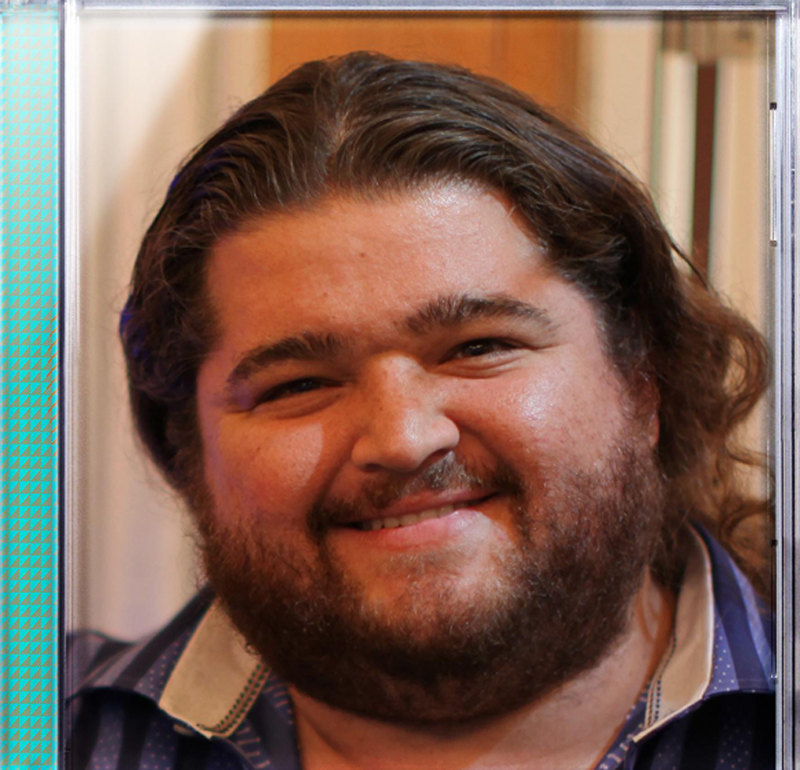 After a low point in their career, Weezer offers hope for fans with an unlikely album.

Pop-punk mainstays Weezer saw more than a few raised eyebrows when they unveiled the name and rather striking cover image of their eighth studio album, Hurley. And after their recent string of dubiously-received albums, it would be easy to accuse the band of resorting to gimmicky marketing. But the good news is that Hurley has more working in its favour than just the smiling face of cover model/actor Jorge Garcia (who portrayed the album’s namesake on the TV series Lost).

Fans and critics who are waiting for Weezer to recapture the freshness of the band’s first two albums, 1994’s Weezer (The Blue Album) and 1996’s Pinkerton, are unlikely ever to be satisfied. Yet that doesn’t seem to stop them from welcoming each new Weezer release with a well-rested sense of hostility. (Was 2005’s Make Believe really so offensive?)

However, if listeners keep an open mind, this latest effort may actually reignite some hope in those who’ve all but given up on the band. Hurley is certainly not Pinkerton 2.0, but it is one of Weezer’s strongest recent efforts.

One of the reasons why Hurley succeeds is that it’s succinct. Weezer rarely benefits from having a track run over four minutes, and everything about Hurley is breezy. As a whole, it plays much quicker than their previous effort, Raditude. That album was only 34 minutes, but it felt twice as long.

Hurley doesn’t offer any hits as obvious as “(If You’re Wondering if I Want You To) I Want You To” (from Raditude) or “Perfect Situation” (from Make Believe). However, the band seems content to trade hits for consistency, and the album is stronger for it. There aren’t any glaring low points on the album (though the lead single, “Memories”, suffers from a bagpipe accompaniment and lack of a tune), and everything works nicely together on Hurley. It wouldn’t be a Weezer album without some camp, but their winking angst feels less contrived and doesn’t overpower the album.

A few songs stand out as strong additions to the Weezer catalogue. “Unspoken” goes in an unexpected direction by starting as an acoustic ballad (and features some raw vocals from frontman Rivers Cuomo).

It’s one of the rare tracks that harks back to their earlier work before bursting into a massive chorus, complete with strings.

“Run Away” covers the standard topic of lost love. But rather than starting with a bang and never relenting, as many of the band’s songs do, it takes its time to build up to an enjoyably unhinged peak.

That said, Weezer isn’t reinventing their sound on Hurley, and that’s fine. “Ruling Me” may be typical Weezer in the sense that it offers self-deprecating lyrics and a massive chorus, but it avoids feeling tedious thanks to its joyful “ooh” and “ahh” backing vocals. As well, “Hang On” has an anthem-like quality that feels meant for a stadium, and it sits comfortably in the midst of the album’s other hook-filled offerings.

In their past couple of albums, it sometimes seems like Weezer tried to dumb down their music for a wider audience with easier-to-grasp and polished melodies, and lyrics that verged on self-mockery.

Hurley feels much simpler than anything they’ve released in the past nine years, but ironically it works better. There are moments (like the closing track, “Time Flies”) that feel refreshingly uncalculated,­ and the band seems to have stripped away some of the artifice that put people off.

Some critics complain that the band has lost its touch, but while Weezer’s previous greatness may still be out of reach, Hurley stands well on its own. It has enough hooks to invite new fans, while older ones may be surprised by how much there is to like.

The Killers’ frontman Brandon Flowers is back with a solo effort, the heavily Las Vegas-inspired Flamingo. After four discs with his glam-rock band, Flowers brings himself even more to the front, but only shows us more of what we have already heard before. With Flamingo, the singer / songwriter focusses on his hometown to show us  the kind of man he is; but The Killers’ second album, Sam’s Town, had the same idea, so Flamingo’s new songs don’t sound quite so original.

The opening track, “Welcome to Fabulous Las Vegas”, has good intentions, though it feels like the opening song to a video game. It isn’t as “fabulous” as the title suggests, but it gives you a good idea of the rest of the album.

“Only the Young”, the second single, is the strongest song here, both musically and lyrically. It has a very catchy chorus, a strong refrain (“Only the young can break away”), and a powerful beat, all of which stay true to The Killers’ signature synth style.

“Hard Enough”, the third track, is a collaboration with alternative-country sweetheart, Jenny Lewis.

Flowers and Lewis co-wrote the song, but with these two talents working together, one expects something better. Lewis barely sings at all on the track, which is disappointing because her powerful voice could have lent so much to it.

With lyrics like “Why did you roll your dice, show your cards, jilted lovers and broken hearts?”, Flowers compares love to casino gambling. While the song is decent musically, the lyrics try a little too hard and almost end up clichéd.

“Playing with Fire” is very mellow and rich in guitar, and has a strong atmosphere to it. Lyrically, however, despite its strong idea, it feels like Flowers is throwing in different lines that don’t necessarily fit together.

“Was It Something that I Said?” is a strange song that has the same feel as “The Ballad of Michael Valentine”  (from the compilation album Sawdust), except not as memorable. It has more of a country-rock vibe and sticks out like a sore thumb on the album.

“Magdalena”, Flowers’ self-proclaimed “proudest track” on Flamingo, doesn’t spark the way Flowers thought it would It gets better as it goes, but even a powerful key change can’t make it fit in with the rest of the album.

The album’s lead single, “Crossfire”, is one of the stronger songs in this collection, being both musically prominent and lyrically wise. Flowers’ falsetto voice works well on this track as well, and though instrumentally it’s very reminiscent of TheKillers’ work, it still distinguishes Flowers musically from the rest of the group.

“On the Floor” starts out as an emotional ballad, with strong lyrics and a great mellow feel. However, the introduction of a gospel choir doesn’t do much to to enhance the melody, and though it isn’t too overwhelming, the song would probably be better without it.

“Swallow It” is an interesting choice for the closing track on the album, but in a way it sums up the themes of Flamingo. It has intelligent lyrics and makes good use of layering harmonies of Flowers’ voice, and is therefore a rather strong track on an overall weak album.

For fans who plan to go for the deluxe version, save your five dollars. It’s four extra tracks which aren’t much better than the album’s original ten, perhaps with the exception of “I Came Here to Get Over You”.

All in all, Flamingo is an “effort” at best, but is pretty disappointing for big fans of The Killers. Flowers uses the signature style and sound of his band, but it comes off a lot weaker without the three other band members. For those who love the album, don’t forget to see Brandon Flowers in concert at The Sound Academy on December 4.

Drawing Down the Moon – Azure Ray

The American duo Orenda Fink and Maria Taylor have broken their six-year silence to offer their latest Azure Ray album, Drawing Down the Moon. This album offers the kind of sound you would want in your ears when your soul feels cold and hungry. It’s a whispering giant that nurtures you and assure you that good music still exists.

The aptly titled opening track, “Wake Up, Sleepyhead”, is a short number with soft vocals and a cradling melody that invites you to grab a warm blanket and snuggle up to this record. It opens with a glorious harp line and sounds a lot like something you’d hear en route to the pearly gates.

Another stand-out track is “Don’t Leave My Mind”. It’s a melodic departure from the opening track, with a prominent bass line and the sound of distant bongos. The double-tracked vocals also complement the track. The voices are strong and the lyrics tell a beautiful story.

The harmonies in “Walking in Circles”, paired with the fairytale music, make the track charming and strangely familial. Larraine steals the show lyrically and the whole song has a “story-time” vibe.

The musicianship on this album is actually something to admire. From twinkly piano lines to strategic intervals of twangy guitar, it keeps your appetite whetted and your eardrums satisfied. No two songs sound alike, and lyrically the album spans a fair range of topics, mostly in the form of stories, which makes them feel like memories.

In my opinion, this album kisses the ears. Its composition and production are powerful but not overwhelming. It satisfies all the senses—yes, even taste!—thanks to its tangible imagery. The melodies are both gently and carefully crafted, and it’s surprising how whole and full the songs sound. “Simplicity” is sometimes a synonym for “hollowness”, but Drawing Down the Moon is certainly not hollow.