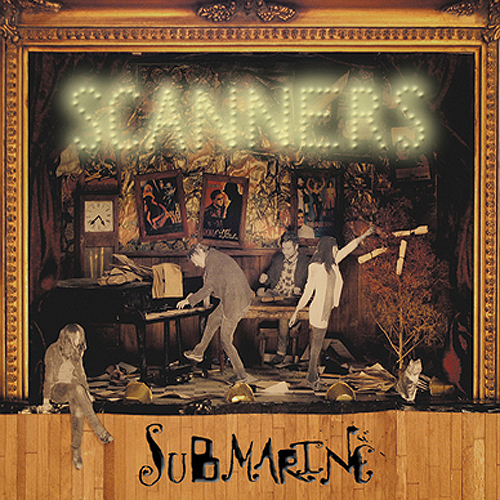 There is no such thing as band obscurity these days, despite what their names might suggest. Take, for example, the London indie outfit, Scanners. So what?

But if I tell you that they are signed to Steve Aoki’s record label, have had their music featured in episodes of Entourage and One Tree Hill, have toured with Silversun Pickups and The Horrors and have even been mentioned by celebrities like Perez Hilton and Carson Daly, they instantly become more interesting.

Another point in this up-and-coming band’s favour is their eclectic style, which can best be described as a three-way musical collision between Arcade Fire, Mother Mother and Rilo Kiley. Released last Wednesday, their sophomore album Submarine is an aptly-titled one, contrasting a deep abyss of sombre melodies with perkier tunes that rise up and break through the surface. Opening track “Jesus Saves” sets an upbeat tempo, defined by the melodic melange of synths and acoustic guitar, gradually transitioning in and out of chilling instrumental sections that ironically sound like the opening of the gates of Hell.

“We Never Close Our Eyes” lays down the drum beat alongside a long streak of deep “oohing” from all the band members, a feature that appears in almost every song, marking Scanners’ signature sound. First single “Salvation” is incredibly dark and depressing with lyrics such as “Looked to my heart, but my heart was empty/I’ve been waiting for the dark to come,” yet the eerie melody somehow manages to remain dauntingly infectious. “Baby Blue” is a lullaby of sorts in comparison, with a soothing yet equally upbeat style, while “Sick Love” is just a finger snapping, feel-good dance track.

“A Girl Like You” provides one of the album’s best choruses, showcasing the band’s full range of instruments (including the piano and violin). These tracks are then toned down for a sadder melody on “Strangelovehate,” creating an almost desperate plea with the listener as lead singer Sarah Daly begs to know, “Who’s side are you on, who’s side will you take?” The next track “Goodbye” follows a similarly gloomy path, yet simultaneously brings an empowering element to the notion of reluctantly turning your back on someone. “Half a Mind (Dreamer Forever)” is hands down the best song on Submarine, with synths buzzing from the get-go and a vague resemblance to parts of Gorillaz’s “Clint Eastwood” but still remains entirely its own.

Daly’s piercing voice comes through on “Sleepwalking,” strongly backed by the complimenting vocals of Amina Bates and Matthew Mole, while closing track “Halfway Home” doesn’t leave you stranded, but instead creates a Kumbaya, campfire sing-a-along vibe that perfectly ties together any loose ends still lying around. Submarine is a strong follow-up album to the band’s 2006 debut record Violence Is Golden, but Scanners still have yet to make a big enough splash to put themselves on the scene.