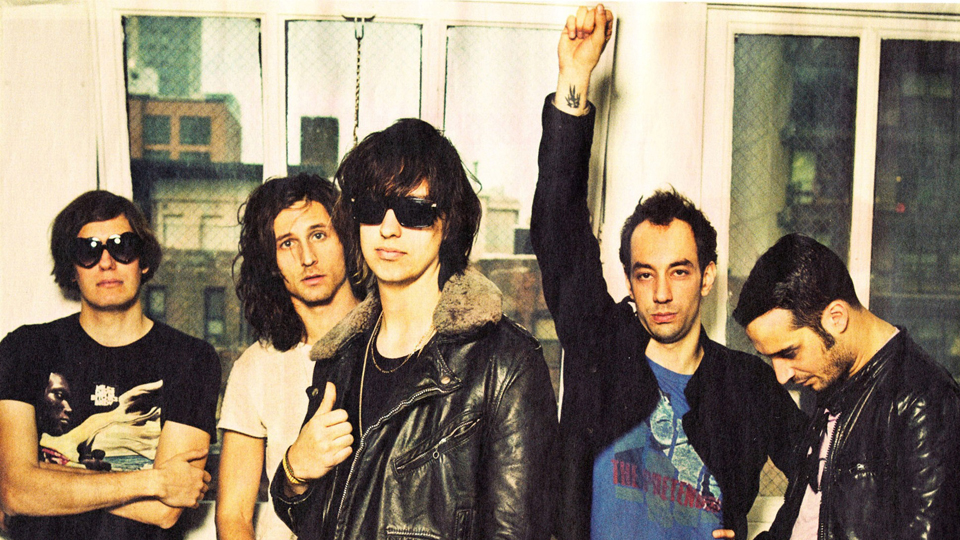 After appearing in several movies (including The Social Network) and a string of well-received SNL hosting appearances, ex-boybander Justin Timberlake returned to his musical roots with the release of his first album in seven years, The 20/20 Experience, last week. And the simple question on every blogger’s fingertips is the same: is it worth the wait?

From his performance at the Grammys to the promo material to the album cover, it’s clear that Timberlake is actively crafting a more suave image for himself and, as you might expect, the music on the album matches. It’s not a huge leap from his previous efforts, but Timberlake’s musical style has certainly matured. The 20/20 Experience is a cohesive and meticulously crafted collection of above-average pop songs. But there’s one catch: in most cases, they aren’t really pop songs. From the eight-minute opening track, the groove-heavy “Pusher Love Girl”, it becomes clear that Timberlake is more interested in building atmosphere than offering easily digestible hooks. Impressively, though, this 70-minute album largely avoids self-indulgence and Timberlake’s solid songwriting and strong pop sensibilities allow 20/20 to eschew the hit-based formula of many pop albums while still remaining entirely accessible.

One of 20/20’s catchier offerings is its second single, “Mirrors”, which, like many of Timbelake’s best tracks, offers a mixture of earnest introspection and delicious bombast that few other artists could pull off. Timberlake is not exactly a master wordsmith (see the somewhat cringe-inducing sexual innuendo of “Strawberry Bubblegum”), yet the obvious motifs of reflection and doubling on “Mirrors” perfectly suit the track’s kaleidoscopic musical ambition.

Timberlake has one more trick up his sleeve with the album’s final track, the plaintive “Blue Ocean Floor”. In this restrained ballad, the subtle accompaniment—piano and string flourishes, woozy percussion, and what sounds like the breathing of a respirator—never distracts, and after everything is stripped back, Timberlake’s voice is front and centre. Calling to mind the likes of Kanye West, it’s a song that doesn’t push or try too many things at once; it may be Timberlake’s loveliest song to date.

Granted, Timberlake’s neo-soul approach isn’t exactly groundbreaking. Current artists like Robin Thicke and even Bruno Mars have explored a similar retro sound. But Timberlake does have an undeniably distinct voice, and with coproducers Timbaland and Jerome “J-Roc” Harmon, Timberlake seems to have finally carved the perfect groove for himself as a solo artist. Combining the lighter R&B stylings of his debut, 2002’s Justified, with the earnest soulfulness of 2006’s FutureSex/LoveSounds, The 20/20 Experience expands on his earlier promise and adds a heavy dash of nostalgia, resulting in a fully realized, slick mix of styles. MMMM

After apparently setting the bar far too high with their debut album, 2000’s Is This It, each new album from the Strokes has seen diminishing returns in terms of praise from fans and critics. In fact, Julian Casablancas’ appearance in the Lonely Island’s “Boombox” sketch may be the most universally liked thing that anyone in the band has done in over a decade. After receiving a mixed critical response to the release of 2011’s Angles, the Strokes have now returned with their fifth studio album, Comedown Machine.

Angles found the band heading in a new direction. It provided many dynamic moments with tracks like “Under Cover of Darkness” and “Taken for a Fool” and proved that the five-year break between albums served the band well. By contrast, while still aiming for innovation, Comedown Machine feels like a limp, low-energy rehashing of what listeners can easily find on the band’s previous albums. The opening track, “Tap Out”, begins with a discordant guitar screech before quickly transitioning into a repetitive mid-tempo synth riff, and that little prelude just about sums up the whole album.

Too often, it seems like the band relies on “quirky” instrumentation and stylistic tics to stand in for the subpar songwriting. Tracks like the jaunty “One Way Trigger” find them borrowing from ’80s new wave acts like a-ha to underwhelming effect. Casablancas misguidedly embraces a thin falsetto whine for much of this song (and far too frequently elsewhere on the album, too) and the natural grit of his voice is largely absent. The Strokes have always been a band driven by simple yet infectious melodies, so to see them release such a tuneless, middling song is surprising.

Of course, Comedown Machine isn’t without its bright spots. “All the Time” is one of the few that Casablancas sings with any real conviction, and the bouncy guitar accompaniment propels the song along in true Strokes fashion. As well, the album’s second-last track, “Happy Ending”, feels like a better reworking of “One Way Trigger”, and offers one of the album’s few lasting hooks. However, a handful of engaging songs does not compensate for the several bland, midtempo offerings that never amount to much, like “Slow Animals” or the murky album closer, “Call It Fate, Call it Karma”. A number of Comedown Machine’s tracks feel like someone blended Is This It-era Strokes with a Phoenix or Arctic Monkeys outtake and broadcast the resulting gloop through a transistor radio.

Ultimately, it seems like the Strokes have struggled to adapt to an indie world becoming more and more influenced by electronic music and increasingly less interested in the garage-rock revival that the Strokes spearheaded around the turn of the millennium. Comedown Machine suggests that the Strokes are settling for becoming the second-rate version of the bands they once inspired. MM