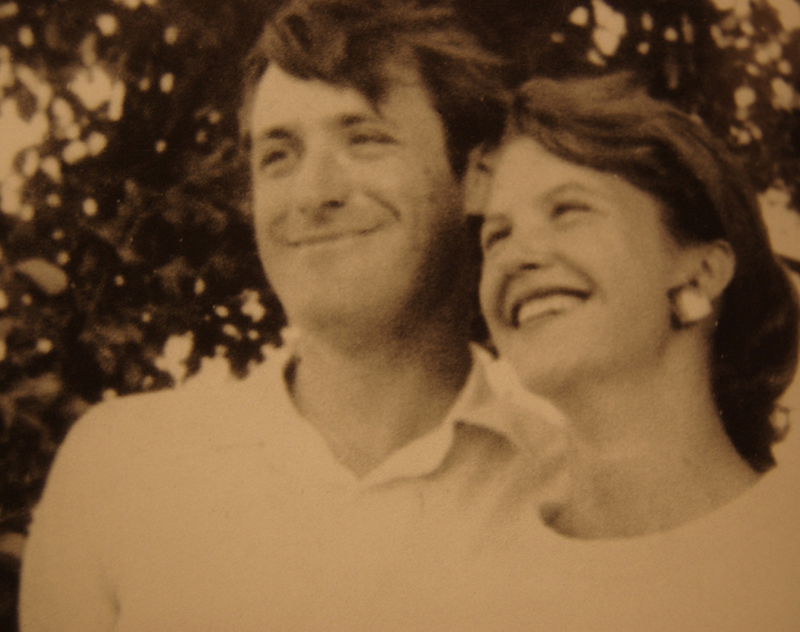 Early last month, a newly discovered poem written by the late British poet-laureate Ted Hughes was unearthed at the British Library. This revelation of poetry happens 47 years after Hughes’ wife, poet Sylvia Plath, committed suicide by gassing herself in the kitchen oven. It’s a well-known and tragic story that is still shrouded in speculation and mystery to this day. A long bout with depression and a nasty separation from her husband over his cheating ways was all too much for Plath to handle.

Now, poets and Plath enthusiasts are looking once more to the tragic incidents of that winter of 1963, as Ted Hughes’ first words upon hearing of his wife’s death have finally been unearthed. Melvyn Bragg of the British Library discovered the piece in the library’s Ted Hughes archive. And now, the mysterious and tragic circumstances surrounding Sylvia’s death are being examined once more, through the eyes of the man who experienced firsthand her downward spiral of depression.

This never-before-seen poem, aptly titled “Last Letter”, takes a look into the shocked husband’s psyche, moments after he is told of his estranged wife’s tragic suicide. “What happened that night, your final night?” asks Hughes, in the first line of “Last Letter”. While the literary world has mourned Sylvia’s loss for almost half a century now, the poem describes in painstaking precision and slow, twisting words the days leading up to his wife’s death, and the fateful day itself:

“Late afternoon Friday, my last sight of you alive,/ Burning your letter to me in the ashtray with that strange smile./ What did you say over the smoking shards of that letter/ So carefully annihilated, so calmly,/ That let me release you and leave you to blow its ashes off your plan.”

Plath enthusiasts and poetry-lovers all know of Hughes’ bestselling work, Birthday Letters, a collection of poems published in 1998 that chronicle Hughes’ relationship with Plath. Though some of these poems make references to her suicide, none of them directly address the tragic circumstances of her death.

Hughes had never publicly talked about his estranged wife’s suicide, their relationship, or the circumstances surrounding their separation, and has since then been the centre of controversy and rumours in the literary world. He has been blamed for his cheating ways and for failing in their marriage, condemned for destroying Sylvia’s last known journal, and criticized for editing her posthumous publications, yet all this time Hughes said nothing. The rumours flew and the legend of Sylvia Plath grew; she grew into a kind of cult figure, an icon for girls and women even to this day. And it seems now, with the discovery of Last Letter, that there is at least some kind of closure to this tragic and all-too bizarre twist of fate that lead such a brilliant, young poetess to cut her own life so tragically short.

The words cut as Hughes asks, “What happened that night, your final night?/ What happened that night, inside your hours?” No one can ever know what was going through the distraught Plath’s mind, but what’s for sure is that the effects of her depression and suicide—like the effects of every battle with depression or suicide—are long-lasting and frightening. Nicholas Hughes, son of Ted and Sylvia, committed suicide last March after a battle with depression. Rumours have swirled for these 47 years that Hughes was an abusive husband and father, that he destroyed every woman that he was involved with. But with the discovery of this new poem, a little more light has been shed on the shroud of mystery that surrounds the days leading up to Plath’s death. No one will ever know what was going through Sylvia’s mind that day, and with the exception of Hughes himself (who takes this secret to the grave), no one will ever know if these words written on the topic of her death were sincere or not.

Nevertheless, the poem’s effect is a powerful one; whether you are a poetry-lover or not, Plath enthusiast or not, pro- or anti-Hughes, the power of the poem’s verses cannot be denied.

“A voice like a selected weapon or a measured injection, /coolly delivered its four words deep into my ear: ‘Your wife is dead.’ ”

Let’s hope that with the newly shed light on this tragic incident, both Sylvia Plath and Ted Hughes can finally rest in peace.