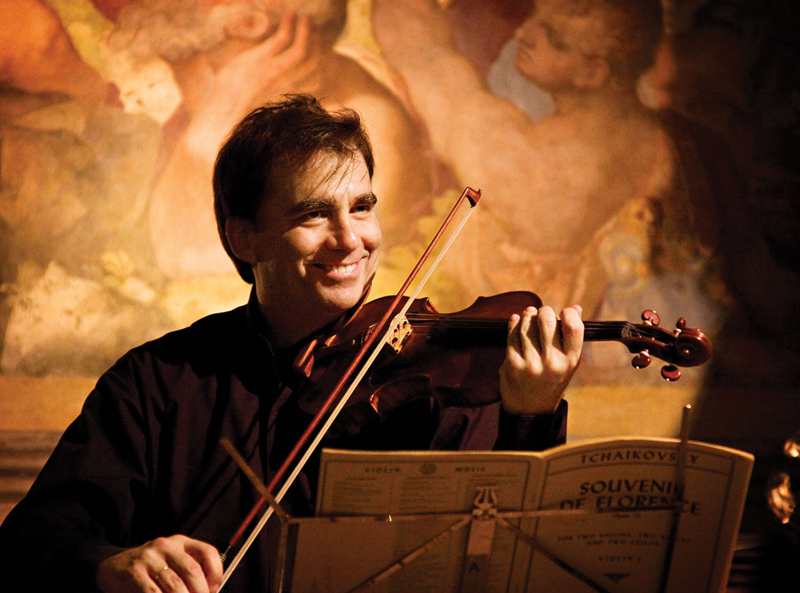 Classical music is all around us. You might hum a catchy classical tune that’s been stuck in your head for days, and yet you wouldn’t necessarily make the connection that it’s the adagio molto movement of Vivaldi’s Concerto No. 3 in F Major from Le Quattro Stagioni.

From the opening moments, McDuffie and the orchestra—a fairly small one of about 20 people—created an incredibly enchanting presence through the combined harmonies of violins, cellos, and violas, with a lute and harpsichord thrown into the mix as well. The distinctly Baroque sound created the atmosphere of a 17th-century royal court, with scenes from Marie Antoinette springing to mind.

The feeling of each season was conveyed with such emotion that one could not miss the sound of a hot and lethargic summer day followed by the booming storm in “L’estate” (summer), or the whipping frigid air of snow blowing across the sky during “L’inverno” (winter). McDuffie’s unconventional animation and emphatic movement during the performance added a contemporary feel to the music he directed, and the ease with which he played showed just how natural of a performer he really is.

After the intermission, McDuffie performed a violin solo of “The American Four Seasons”, which had been written specifically for him by Philip Glass, a legendary avant-garde composer. What was even more remarkable about this performance was that, while Vivaldi’s Le Quattro Stagioni has natural pauses between the movements, Glass’s violin concerto was one continuous performance from beginning to end, and the performers only seemed to grow more and more passionate as the piece progressed.

Hearing an orchestra performance allows you to be transported into another world, in which you really get to appreciate just how fantastic classical music truly is. So even if you don’t consider yourself to be a fan of classical music, you really are. You just don’t know it yet.

On November 18, the Moscow Virtuosi Chamber Orchestra and Vladimir Spivakov will perform at Roy Thomson Hall, and next March one of the world’s greatest orchestras, the Vienna Philharmonic, will perform classic works by Schubert, Wagner, and Bartók. Visit www.roythomson.com for tickets.