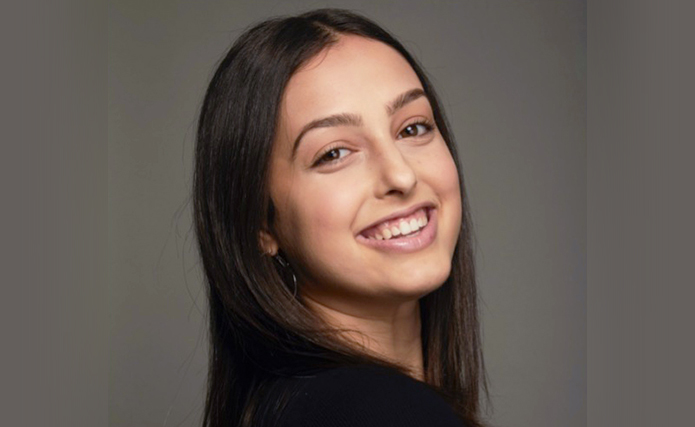 In January, the English & Drama Student Society (EDSS) unveiled a unique playwriting competition. Writers had only 48 hours to craft a play from scratch, which had to include various prompts such as a fence, a flashback, a secret plan, and even a toy dinosaur. A few days later, after many submissions, the EDSS crowned a winner: Chloé Castrucci for her script, Through the Cracks.

Through the Cracks follows two childhood best friends, Hailey and Andi, who grow apart as they become young women, only to re-connect after a freak accident. The story explores friendship and loss, the lengths we’ll go to maintain our connections with others, and the emotional tolls of social distance.

Castrucci is currently in her second year, pursuing a Specialist in Theatre & Drama Studies and a minor in Creative Writing. Recently, The Medium had the chance to speak with Castrucci about her play, its themes and inspirations, and the message she has for readers.

The Medium: Thank you for joining me this afternoon! What initially inspired you to write this script?

Chloé Castrucci: I’d say the initial spark came from the EDSS’ playwriting competition and its wonderful prompts. All the prompts had so much potential, which really excited me and drove me to write the script. I couldn’t help but think about the plot lines and characters that could come out of them. It led to this huge brainstorm of notes and thoughts, and from there, I pieced and pulled the story together!

TM: How did the various prompts influence your writing process?

CC: It would’ve been impossible to write in 48 hours without prompts. One of the first prompts, “a flashback,” focused my attention on the different upbringings and attitudes of the protagonists. Eventually, it became a back and forth between future and past tense as Andi and Hailey grow up into different versions of themselves, maturing together despite the distance between them.

Although it didn’t end up in the play, the “typewriter with a missing key” prompt eventually inspired the idea of sending letters, which became a focal point of the story.

TM: Where does the title, Through the Cracks, come from?

CC: The title came from the idea of sending letters “through the cracks” of a fence. The cracks symbolize how connection and hope can always come through, despite any barriers along the way.

TM: What are the most noteworthy themes present in your play?

CC: Creativity, bravery, and perseverance are fundamental to the story. The toy dinosaur prompt can symbolize how kids witness the world as having endless possibilities, and it symbolizes the friendship between Hailey and Andi. The play also explores human connection, how our relationships come and go yet intersect and influence our perspectives on life.

Another theme is that friendship and connection can still exist despite physical barriers. Hailey and Andi learned how to overcome barriers, and during such a young age too. If they could maintain their friendship and connection in childhood, despite the fence and the different schools and their parents’ differing expectations acting as barriers, then they could certainly do it again in adulthood.

TM: If you had to pick a favourite scene from your play, which would it be and why?

CC: This is the hardest question ever (Laughs). Out of all the scenes it has to be toward the end of the play where Andi and Hailey are finally reunited after years of distance, and share a moment of just looking at each other, trying to find the right words and means to say all the things they’ve been wanting to say to each other.

In this scene, I wanted to end the play with Andi’s line: “We’ll figure it out.” I thought it could inspire a mindset with which we can approach the pandemic we face right now—that we’ll work together to “figure it out” and our find our way through.

TM: If your play was adapted into a Hollywood movie or Broadway musical, what aspects might you add or change?

CC: The greatest added element would be the actors to bring the script to life—which is why I’m so grateful that the EDSS hosted a staged reading of Through the Cracks.

As a movie, I’d use filming techniques to further explore the flashback scenes and dive deeper into each character’s past and separate lives and objectives.

TM: What is the sociocultural context of the story and do you have a message for the world today?

CC: The play exhibits the here and now. I wanted to show the current situation we’re all facing and inspire the theme of connection, which is at this play’s core. By appreciating our common ground, supporting one another, and lifting each other up, we can better handle the barriers and isolation we are presently faced with.

TM: Do you have any final thoughts you wish to share about your play or the playwriting competition?

CC: I want to emphasize my gratitude and appreciation to the EDSS for creating the 48 Hour Playwriting Competition, for providing me with prompts that inspired this play, and for producing the staged reading. I also want to thank the incredible actors who brought these characters and this story to life. It really was a dream come true.