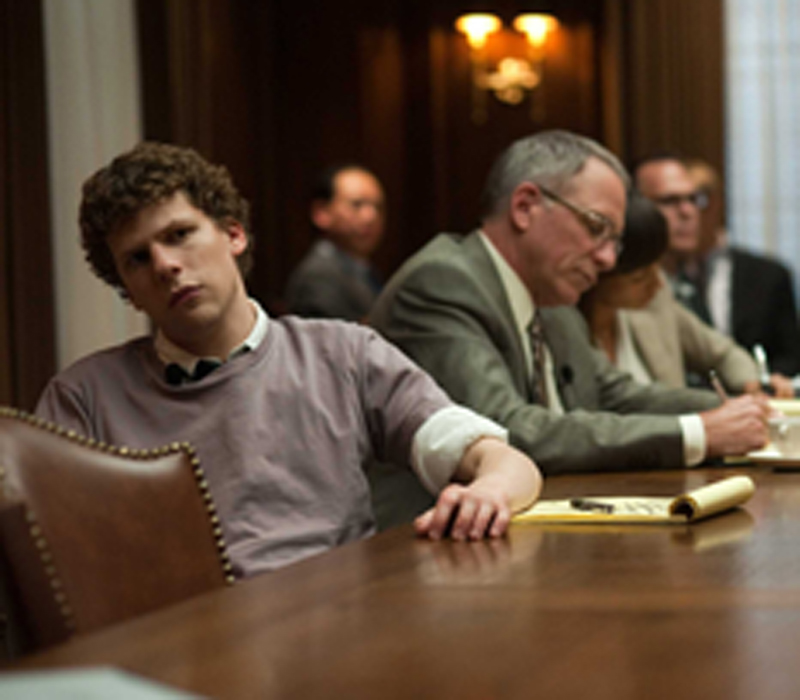 Well, 2010 was a great year in film, as the Tinseltown folk have produced some real gems. While the industry cast its bright light onto a few new faces, it also kept some good ol’ souls on the radar. What makes these choices our top picks? Consistency. It’s really as simple as that. When a film or an actor or actress, is consistently good, that is what makes them great. Here is a look at the top five films, actors, and actresses of the year.

1.Inception. With its multi-layered plot—quite literally—Inception revolves around the emotional journey of its lead character, Cobb (Leonardo DiCaprio), while thrusting the audience into multiple dream levels of action-packed storytelling. While the layers are very distinct from one another, they are all finely connected. It’s definitely a film that requires some critical thought, but it’s well worth the brainpower.

2.The Social Network. Once you watch the film, you very quickly realize that this isn’t a story about the founding of Facebook; it’s really a story of friendship, ambition and betrayal, as well as an in-depth character study of a very fascinating individual, Mark Zuckerberg (played by Jesse Eisenberg).

3.Harry Potter and the Deathly Hallows: Part 1. The action sequences are perfectly blended in with the gripping, dramatic moments. They don’t feel heavy-handed and it’s beautiful to look at. The animated sequence about the origins of the Deathly Hallows is an absolute pleasure to both watch and listen to.

4. Shutter Island. This is a film that has divided the film community and critics alike. It will leave many upset and hating it because it messes with you and no one likes to be messed with. Regardless of expectations walking in and opinions walking out, you’ll be talking about this film for a while.

5. Toy Story 3. It has the laughs, the magic, the tears, and best of all, the entertainment. The new characters in the movie feel like they’ve been there all along and the old characters feel as fresh as they did when the first movie came out all those years ago. It’s great for all ages—whether you want to admit it or not.

1. Leonardo DiCaprio. Few actors in the world have had a career quite as diverse as that of Leonardo DiCaprio. He has gone from relatively humble beginnings to making waves in some heavy-hitting films under the direction of some heavy-hitting directors. Not only did he star in Inception, one of the year’s biggest hits, but next up this year he will appear in a biopic of

perhaps one of the most versatile actors this day and age in Hollywood with roles as a pirate, a secret agent, and Willy Wonka. Nominated for a Golden Globe for his performances in both Alice in Wonderland and The Tourist, Depp continues to prove he can portray just about anyone.

3. Jeff Bridges. Ladies and gentlemen, “the Dude” is back. After starring in Tron and True Grit, this silver-haired man of talent and versatility is back on the radar. 2010 was good for him; let’s see if 2011 is even better!

4. Christian Bale. The 10th anniversary issue of “Entertainment Weekly” crowned Christian Bale as one of the “Top 8 Most Powerful Cult Figures” of the past decade, citing his incredible and legendary cult status on the Internet. Now, the man who will be Batman once again in The Dark Knight Rises might find himself cruising towards a potential Oscar win for his method acting in the boxing drama, The Fighter.

5. Robert Downey Jr. After snagging a Golden Globe for Sherlock Holmes last year, the star scored big-time once again with Iron Man 2 and also helped turn the comedy Due Date into a hit worth almost  $100 million.

1. Natalie Portman. She was famous and fashionable before, but Portman has soared to A-list status with her breathtaking performance in Black Swan, earning her tons of accolades and the title of “Woman to Beat” at the Oscars next month.

2. Emma Stone. The Zombieland star surged forward as one of this year’s “it” girls with her performance in the smart teen comedy Easy A, which earned her admiration from moviegoers as well as a surprise Golden Globe nod.

3. Marion Cotillard. This French goddess first caught our eye as Edith Piaf in her Oscar-winning role in La Vie en Rose. She played a villainous temptress in Inception and gave a charmingly witty performance in Little White Lies, so we’ll definitely be keeping our eye on her in the coming year.

4. Ellen Page. After playing a knocked-up teenager in Juno, Ellen Page launched herself into the cult classic stratosphere. While most wrote her off as a one-note actress, she proved them very wrong in Inception as the mature and remarkably intelligent architect.

5. Melanie Laurent. Yet another French beauty to keep your eye on. Her first big American break as Shosanna Dreyfus in Quentin Tarantino’s Inglorious Basterds. Last seen alongside Ewan McGregor in Beginners, she’s got a couple of new projects to look out for in 2011 and we can’t wait.